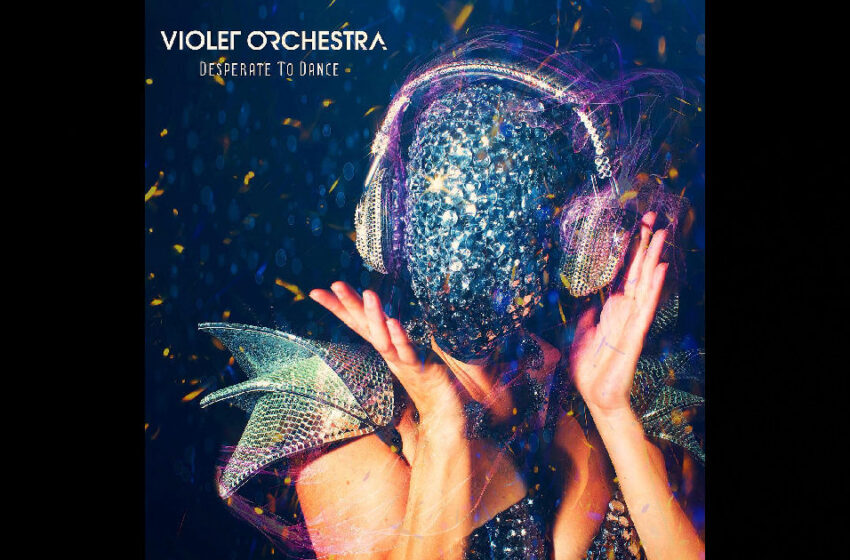 Mind you, I’m mercilessly repressed in just about every way – don’t get your life-advice from me folks.

Musically, I tend to know at least a little bit about what I’m talking about, so I’ll stay in my lane here.  I’ve never been “Desperate To Dance” – not once, not ever – it’s a verifiable fact!  Can you believe that?  For a guy that listens to music as much as I have throughout my entire life?  Insane I know.  The very idea of a dance-floor terrifies the absolute living daylights outta me, and that’s the real truth of it for ya.

That being said – I have SEEN and witnessed…and yes…even taken part in someone ELSE’s desperation to dance before…multiple times even, so I suppose I’m not all that bad at dancing as I feel like I am in my head…the space where I’m permanently trapped & never find my way out of.  But like a great many of you I’m sure, turning ‘of age’ and being able to head into the clubs legally…at the very least, at the time of – hell yeah, you get out there and explore that world for sure.  You see these characters…these lifelong keepers of the bar and nightly closers…they might be sitting there completely lifeless at a table – until THAT song comes on.  You know the one I’m talking about, though it can definitely be many – the point is when THAT song comes on, whatever it may be – you see what’s practically an involuntarily biological response – and you know who’s all of a sudden “Desperate To Dance” when the roof starts being raised and he or she is on their way down to the dance-floor to handle their business & start busting moves.  I have one stepmom in particular that, given my old man is a musician, used to drag me to the bar, and in lieu of any other willing partner on the inside of those walls, I’d become the victim of her desperation to dance, generally forced to start movin’ & groovin’ along with her despite my protests.  So don’t get me wrong – do I understand what it is Violet Orchestra has created here in this dance-inducing new single they’ve got here?  You bet I do.  I’ve smelled that same very desperation in the air before, and I’ve seen it in action plenty of times…the best you can do is get on outta the way before you get caught in the trap and claimed as a partner.  Take my advice and a page outta my playbook y’all – let’em just do their own thang – because if you get pulled in to one dance, it leads to another, and another, and another…the next thing you know, you need new shoes & that’s expensive.

All stories & kidding around aside – Sister Nyx & Maus of Violet Orchestra are right on the money with this song.  Understand that, they quite often set out to make music with specific goals – and ultimately, “Desperate To Dance” is an example of that mindset & approach to their material in action once again.  They went after a Disco vibe, and they conquered that mountain with a song like “Desperate To Dance” that could fit right on into the original era and the folks at that time around the dance-floor would be mighty, mighty pleased.  They still WILL be, to this very day in fact.  Some of you out there might not wanna admit it as readily as the rest of us will, but Disco’s never actually gone out of style at all – it’s simply morphed into the hybrid vibes found in many other genres.  Most would simply call a track like “Desperate To Dance” some form of Electro-Pop, which isn’t necessarily wrong, but it’s not nearly as accurate as just calling a spade a spade – this is an unapologetic Disco song when it comes right down to it.  So when you consider their intentions and their ambitions, you gotta give’em credit where credit is due – everything you’ll hear within “Desperate To Dance” sounds like a verifiable mission accomplished.  Sister Nyx sounds sensational, giving you that authentic melodic swagger & inspired energetic spark you’d wanna hear to make this moment come alive – and the vibrant mix on the music from Spiros Maus is as tight as tight can be, clinging straight to the objective they set out to achieve with flawless attention to detail and a lively neon bounce.  I’ll fully admit – while it’s still not gonna send me personally running to the dance-floor any time soon based on all the aforementioned phobias and social hang-ups that keep me locked firmly where it’s safe inside my head – I still know what catchy music sounds like, and I have no problem endorsing this single as the highly danceable tunes it’s intended to be.  Believe me when I tell ya – someone out there – perhaps MANY someones out there…they just found their brand-new anthem with “Desperate To Dance” – and broken heels be damned, they’re gonna take this song straight to the dance-floor to cut up that proverbial rug beyond any potential repair.  “Desperate To Dance” is expertly conceived and fully realized – Violet Orchestra sound 100% unified, confident, and right at home in the Disco realm…which is really not too much of a surprise given that this duo has been known to conquer a whole array of different styles & sounds throughout the years of their career making music together so far.  But truly, that’s the key to really successful sound that’s built on throwback vibes…you can’t go into it tentatively, like it’s all been done – you gotta tackle it like it’s the greatest kind of music ever created, and fresh as the day it all began – which is exactly what makes a song like “Desperate To Dance” as addictive, engaging, colorful, and spirited as it truly is.  It’s every bit as much fun and as entertaining as they intended it to be; you watch – whether it sends people to the dance-floor of the club, or the one that apparently just popped up in your living room – “Desperate To Dance” not only emphasizes the power of our impulses, but induces them as well.  You’ve been warned!  “Desperate To Dance” might get ya movin’ & shakin’ right where you were standing only mere seconds before, if not outright start a whole impromptu block-party breaking out in the middle of your house.

Learn more about the sparkling sound of Violet Orchestra at their official website:  http://www.violetorchestra.com