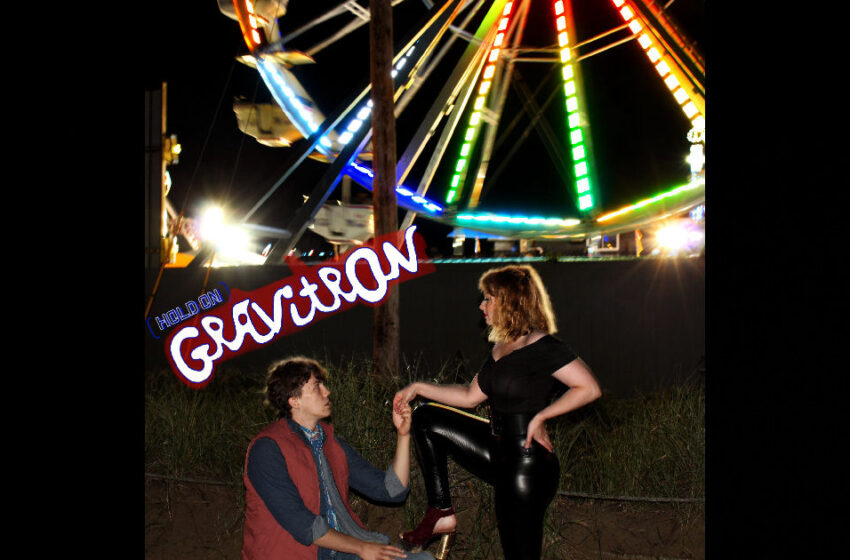 We’re going with ‘EP’ for the new record called Rolling ’82 eh Vices Inc?  Nine songs?  Longer than the average Weezer album?  Alrighty then.  Seems like an upcoming album to me, but you’re welcome to call it whatever ya like my friends…ain’t no rules on that stuff as far as I know.  Call it a grapefruit for all it matters to me; as long as I can hear the music, I’m not one to get caught up in semantics all too much.

Just wait until they hear my theory on there being about four perfect albums with more than twelve songs on’em…another story, another time.  Vices Inc has been riding a solid year stockpiled full of music – according to the dates I’m seeing online & whatnot, their debut record called An Everyday Hero came out pretty much at the end of last year/beginning of this one – and they’ve already got their follow-up album EP coming out in just about a week or so here.  That’s the kind of inspiration you know we love to see happening out there in the ol’ music scene we share together – and I get it – I can hear the reasons as to why you’d be excited about Vices Inc as a player in the band, and certainly as a listener as well.

“Do you like 80’s music?  Do you like some cover songs mixed with originals that maybe you can roller skate to?  Then we have the album for you, it’s basically a 80’s party album, that will take you back in time without the need of a DeLorean.”  You see what I’m saying?  I don’t need to tell ya anything other than what they’ve already prepared you for themselves on their social-media pages, right?  I DO like 80s music!  I DO have a severe hole in my playlist where music to be roller-skated to should go!  I DO want a DeLorean but I’m fully positive that if I checked my bank balance I couldn’t afford the plutonium to run it on or make it go!  So I mean…I don’t know about y’all…but this whole deal sounds pretty perfect to me.

I’ll tell ya this much for sure – Vices Inc makes good on supplying exactly what they’re promising.  I saw the title for “(Hold On) Gravitron” before I even knew anything about the band or what they’d sound like, held my breath, clicked play, and said to myself…”a song with the word ‘gravitron’ in it better have some synths to back it up” – and thankfully, that’s exactly what you’ll find, beaming out loud and proud.  These cats do what they do really well…and considering how early it is on the spectrum of their overall careers as musicians & as a band, Vices Inc will likely exceed any expectations you might have.  I’m impressed by the unity they display together in the way they play…they’ve got strong ideas, melodies that connect, and an artistic bend to their sound that’ll probably be the real pathway forward.  Don’t get me wrong – I DO love quite a bit of 80s music…not all of it mind you…like I’m terrified of the very idea of the cover of “Love Is A Battlefield” on their upcoming album…were it not for the skills, sound, and cohesion of their band, I would be straight-up afraid to listen; but on the strengths of what I’m hearing so far in these two tracks I’ve got in advance of Rolling ’82 – I’d bet on the odds of them rocking it right.

So let’s see here…what else can I tell ya about what Ellie, Jag, and Kristy are up to?  I feel like I don’t really need to advocate too much on behalf of “(Hold On) Gravitron” – this song is gonna have no problems generating interest out there with the masses, and it was a solid choice to put out there as a lead-single.  I’m probably more personally partial towards the other track I’ve got called “More Is Never Enough” – but if I’m talking about YOU, then “(Hold On) Gravitron” is gonna be the go-to choice for its universally appealing vibes and upbeat sound.  They do not – repeat, do NOT hold back on their 80s influences here…synths up right where they should be, melody on high as well…the bounce & energy is all in the right places, and Vices Inc instantly proves it’s a style of sound they can thrive in.  It goes beyond that, believe me – they’ve even got the low-end backing vocals providing a whole other hook that is definitely a method, approach, and sound you’ll recognize comes straight outta the era they’ve been inspired by.  I ain’t gonna lie…that specific addition isn’t my own favorite part of the cut, but I do get why it’s been included & certainly would agree it ups their street-cred for possessing an 80s vibe – the proof is right there in your speakers y’all.  Regardless of whether or not that particular moment is my own personal favorite spot or not, or yours for that matter – they’ve played it correctly, it fits, and it’s about the fourth or fifth main hook you’ve heard from the music to the microphone at the point its finally revealed in the song…so trust me when I say, they’re going about things the right way.  Lots of great things happening here though – Jag’s got stellar ideas on the keyboards, Kristy’s got precision timing on the beat, and Ellie will reveal multiple highlights from the microphone that combine to show how Vices Inc has a solid, bold, and vibrant sound already…and I’d be on it just getting better from here on in if they keep up this kind of passion & enthusiasm for what they do.  No reason to not be stoked on the way that “(Hold On) Gravitron” came out, they’ve hit the mark they intended to for sure; it’s lyrically sound, the vocals are stellar (see 2:10-ish mark – good lord Ellie, like, wow!), the music is alive & filled with energy…it’s a single-worthy cut that makes a great first impression if you don’t know Vices Inc yet. 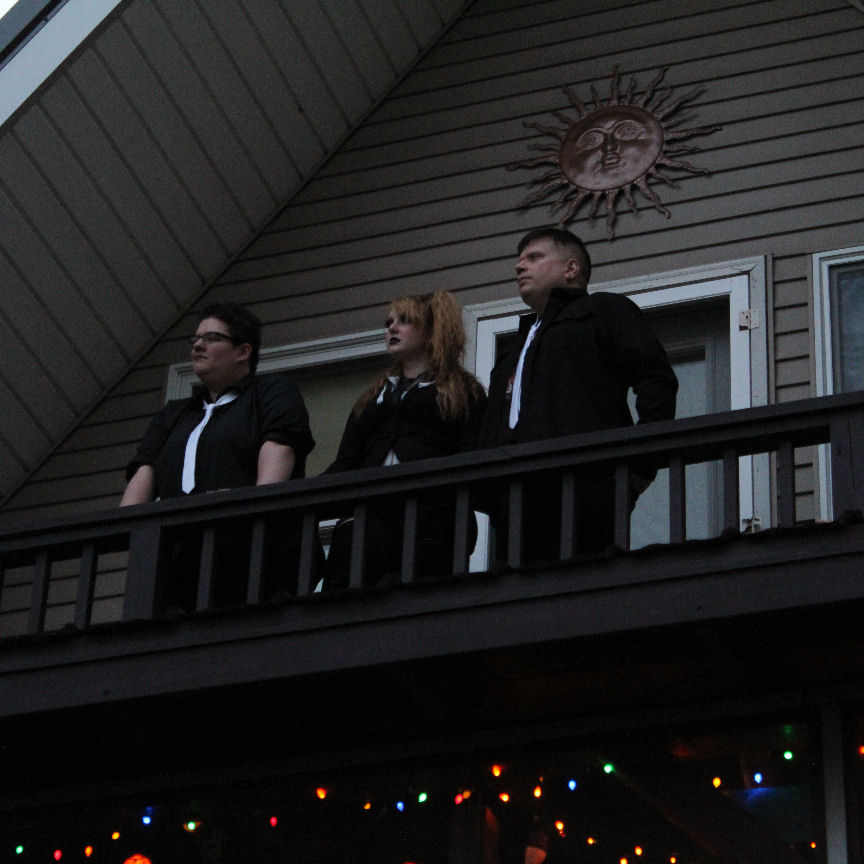 “More Is Never Enough” is a key cut in my opinion.  While I can still make the same argument that I’m sure they could as well, about this track still possessing just enough of an 80s vibe to warrant the comparison and how it keeps their vision for the sound of Vices Inc faithfully intact – the reality is, they’ve got much more of a hybrid sound & artistically ambitious cut going on with this second advance cut I’ve got here to check out.  Hooks & accessibility-wise, there’s no comparison to be made – “(Hold On) Gravitron” is the hit you wanna go with and a fantastic gateway into the music of Vices Inc that really represents who they are now and what they’re all about – “More Is Never Enough” to me, sounds like a hint towards where they can go next in the future to follow as they continue on to define & refine their music.  I’m not even saying they’re 100% off the hook here…I just think that “More Is Never Enough” brings out more of the band’s own signature sound…what makes them unique, beyond just rocking an 80s vibe four decades later.  I have my moments with the verses…I’m not completely convinced that a syllable more or a syllable less here & there in the design of the vocal melody wouldn’t have paid off in certain places in terms of the fluidity of the flow…but by that same token, it’s that kind of somewhat jagged phrasing that seems to give this song an added touch of artistic flair to it as well.  Ultimately, I don’t feel like Ellie is doing anything she hasn’t intended…and it’s kind of because of that mix of courage and confidence that, even though it sounds like she’s got the occasional extra word in a line, or needs another one to avoid stretching it out for the melody…we truly notice both how and what she’s singing as a result.  Plus, no matter how you feel about any of that – she sounds great singing it.  Musically, it’s all a lot more chilled out & mellow than the vibes of the first cut, but I think people will really appreciate the balance of strengths they display and share between them in their band.  There’s no doubt that “More Is Never Enough” is nearly an entirely different side of the Vices Inc sound when it comes right down to it – they’re entering the world of Dream Pop here and it suits them pretty well.  Of the two, I can guarantee it’s gonna be “(Hold On) Gravitron” that grabs people’s attention at first for sure if we’re comparing these two advance releases…but that being said, a track like “More Is Never Enough” should give ya confidence that there will be plenty more worth your time on Rolling ’82.  Eight other tracks worth your time in fact…nine altogether…that’s VALUE folks – check out what Vices Inc are up to…I have the feeling this band is capable of some incredible things in the future to follow.  Listen to the versatility in the ideas coming from the vocals on “More Is Never Enough,” or the diversity of the sound between these two songs, or the hooks radiating from every pore of your speakers as “(Hold On) Gravitron” plays…Vices Inc have a great vibe of their own and I’m excited to hear where it goes from here – they should be too.

Find out more about Vices Inc from their official website at:  https://www.vicesinc.com 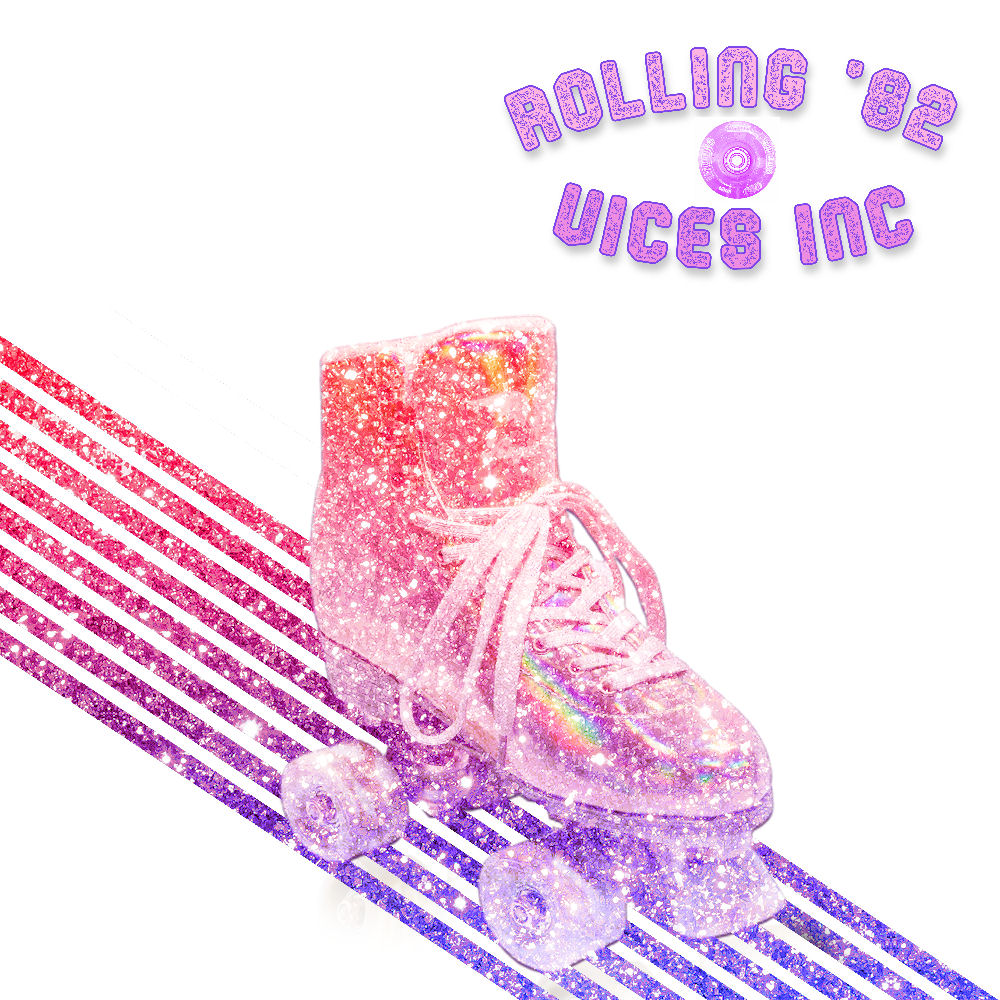