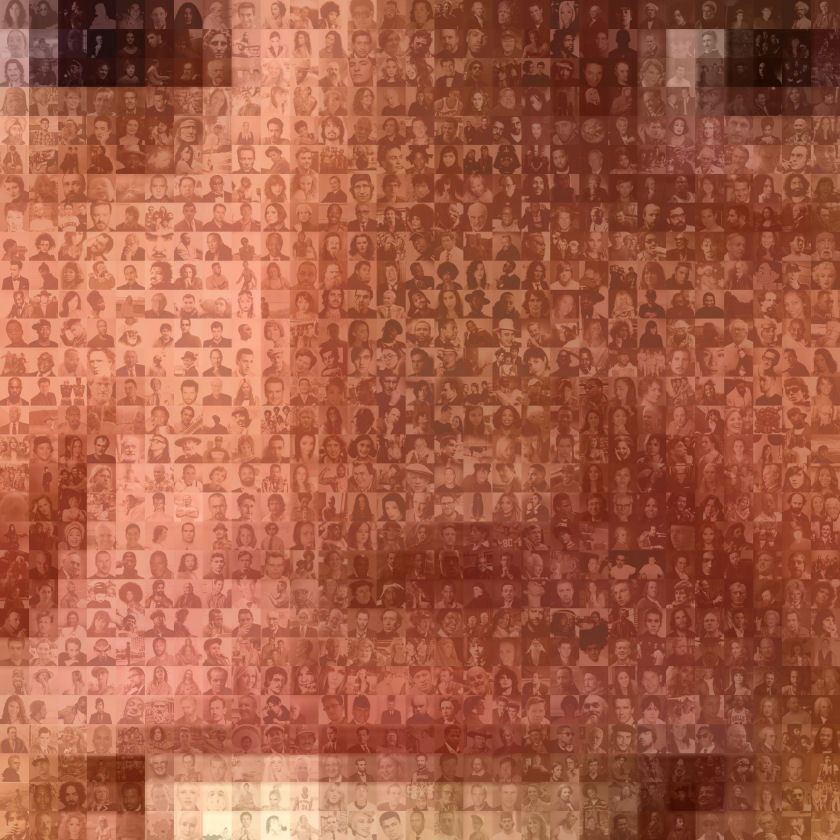 James Eagle…not only the title of this mashed-up, vibrant mix of the brightest & best in sound from these various artists blended together, but also the name of the man & mind behind it all. And when I say ‘brightest & best in sound’ – I’m not even remotely kidding; after a short sample narrative intro, the very first “Intro” song brings out a completely solid & beautiful beat. It combines itself against sweet nature sounds and twinkling keys…it sounds like the purest of mornings and finding yourself once again in the sunny-land of every opportunity to have another joy-filled day…

Carrying on into “Running High” – I found not only the beat of this song absolutely like…SOUL-inspiring…but truly uplifting in every sense of the spirits. It’s assembled and produced intensely-well; there are a ton of exotic & dynamic sounds combined together perfectly to make this mix standout like it does. Adding in a completely strong rap verse to close out the song, “Running High” not only runs high – it’s now set the bar extremely high in terms of what we might expect come next.

This assembly…this mashup…this combination of talent…it just doesn’t want to let up for a second. “On My Way” is a brilliant combination of pop-meets-R&B, some added warm-electro tones and a brilliant use of vocal samples here on this cut. Production-wise, with the amount of sounds being blended together you’d almost think you’d hear a rip, tear or a crack but you’ll get nothing of the sort here on James Eagle; the assembly, mix, production, selection, tones…it’s all here and it’s all perfection.

By song four…I’m no longer expecting ‘a miss’ on this album even remotely; I’m clearly in the hands of an individual, several really, that care deeply about their craft and have done everything possible to ensure a smooth ride through this album from the front to the back. “Little Things” is such a sweet song, like audible-candy…great vocals here on this song and well-placed into this mix. It’s tender and it sparkles, all the way through. The addition of the final sample of vocals coming through after the third minute and towards the end were a fantastic addition and topped off this confectionary-like track perfectly as icing does on a cake. As they say…

“Steph” is a tougher one for me in some ways… Using “Mr. Brightside” by The Killers…I don’t really know WHAT it is…you can’t really mess up those guys you know what I mean? Just like is done here on James Eagle, this twisted up sample still hits an absolute homerun no matter how the vocals of Brandon Flowers have been shifted or distorted. Music-purists of course might throw their barbs towards this one… I don’t know – I dig it personally and I think if the critics DO become any harsher on this particular track it’s simply because they don’t recognize many of the OTHER samples on this album as opposed to “Steph” which takes apart & reconstructs a pretty significant hit-single you’d have to be living in a cave to have not heard.

Heading back into a more low-key, simplified and atmospheric-sound, “When I Die,” is a beautiful switch from the intensity of “Steph,” taking a step back towards the beautiful and less frantic with a mellowed out beauty. “When I Die” really have a heaven-like vibe to the whole thing…like harps are playing softly while a smartly-performed rap verse floats in & out overtop, breaking through at points and fading away at others. Great effects and space in the production here…it’s arranged and mixed just gorgeously.

And as IF it couldn’t find a way to more amazing sounds and beautiful tones – the James Eagle album puts forth ANOTHER gem in “Smile.” Borrowing this time from Lily Allen and her hit-single of the same name and combining it with strong samples from Scarface’s acapella version of his own hit “Smile” featuring 2Pac and Johnny P…there’s so much WORK in what’s being done here through these songs on James Eagle it can only make your whole FACE smile if you know anything at all about the complexities of what this album reaches for, and graciously achieves. I mean…combining those two elements alone, I could recognize…the final ending I was sure that I knew as well, but honestly – I’m not as good as James Eagle in picking out sounds, I’m positive on that… Looking it up, it was actually one of my own favourite bands from the past…Death Cab For Cutie’s “Brothers On A Hotel Bus.” All these sounds creating something completely new and there STILL two OTHER artists in this mix through samples of Christine McVie and Billy Cobham.

I know a lot about this music stuff. I can’t even begin to express the pure-joy I’ve had listening to James Eagle…there’s SO MUCH here and it’s so diverse in sound, but so unbelievably cohesive. If there’s anything that can be said about creating an amazing mix or mashup within a song, that’s one thing; and I just gave you an example of the James Eagle album blending five-sounds together in the last song; but if there’s ANOTHER thing to be said, it’s definitely regarding just how incredible it is to make a full-album in that style that works this tightly all the way through. “Wannabe” provides another melodic perk in the tempo as we head towards the final track “When I Grow Up.” This final track goes ultra-minimalist with an absolutely mind-blowing rap/spoken-word verse. It sounds as ‘street’ as you could possibly imagine the pulpit might ever be…another inspiring sample found here on James Eagle.

As its solemn piano-tones back up the verse, strings and a studio-audience come into play gently as these strong words come out brilliantly. The atmosphere is purely captivating and completely envelops you as a listener…and all the while doing it through space and perfection in the mix. This final song has the mass & strength of an entire mountain…it sounds audibly unbreakable and ends this album of various artists & samples just as perfectly as it began.

Listen to more directly from the ol’ Soundcloud page: https://soundcloud.com/jameseagle