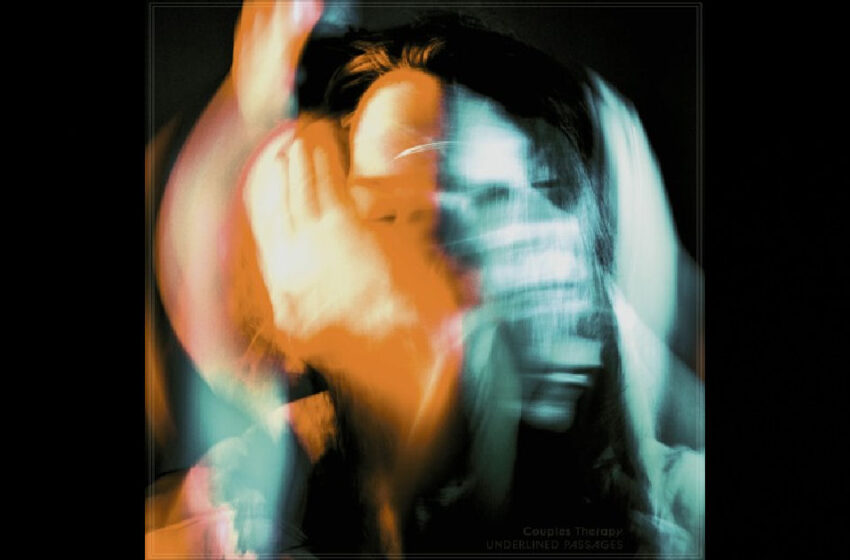 You don’t forget a name on a record like Underlined Passages’ Tandi My Dicafi, which I reviewed back in 2017 – that much I can tell ya for sure.  Amazing how much can happen within just a mere four years though ain’t it?  The world is practically all the way upside down from the last time I was listening to Underlined Passages…and if you read the story of everything this band has been through in between the last time & now, you’ll realize that was certainly true for the duo of Jamaal & Michael in their time away.

In fact…you might say we’re lucky to have’em at all, given that Underlined Passages officially called it quits back in 2017 after what seemed like insurmountable personal tragedies & setbacks struck the band shortly after the release of Tandi My Dicafi.  Despite the critical acclaim, love, and support that was pouring in from around the globe for their third record and they were building momentum out there in the local music-scene and internationally online – things just are what they are sometimes folks.  Many of you out there will likely fully understand coming up against a situation so devastating or debilitating that it puts a complete paralysis on your creativity; and even if do your best to fight through it, it can still swallow you whole if you’re not careful.  I suspect Michael & Jamaal know just how close they were to their band being finished permanently…but thankfully, they never really gave up hope that it might return one day.

Flash forward to the end of 2019 in winter, they had dinner together and talked about a potential future for Underlined Passages…and obviously, they were both into the idea – we’re here with new music from’em now to prove that was true.  That being said – if you’re observant and really looking at the timeline here – can you imagine a worse time to decide you’re gonna get the band back together than at the end of 2019?  I ain’t gonna lie boys, that SUCKS…it’s just about the worst luck that creativity and art can run into…you get that spark of inspiration, rekindle that desire to make music again, and then BOOM – worldwide pandemic anyone?  And so the brakes got put on, like they did for all of us around the world…isolation…lockdowns…”it’s been the longest year – but here we are…we’ve come so far” as they’ll remind you on this brand-new single “Couples Therapy.”  It’s not necessarily about any of the stuff I’ve been tellin’ ya about, but that line certainly suits my narrative here, so don’t mind if I borrow it.  Indirectly however, you’ll find the sound & sentiment certainly echoes some of the journey they’ve been on, what they’ve been through, and the cathartic release of circling back to where you belong within the sound of their latest song, while shrouded in a more personal tale on “Couples Therapy.”  Underlined Passages…bless you guys…they don’t sound like they’ve been away for a day with a quality cut like this. 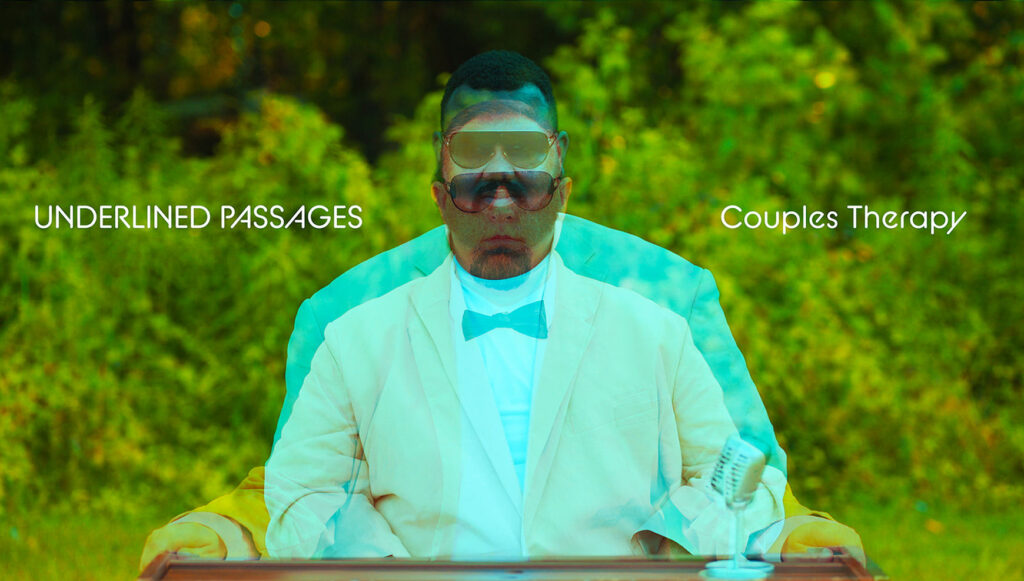 I’ve got both the original “Couples Therapy” and the “Couples Therapy (Lux Mix)” on my playlist, and I can fully vouch for both…similar enough if I’m being honest, that picking one over the other would feel entirely like splitting hairs.  The reality is, it’s a great song in both forms, beautifully expressively, lively, and vibrant…spectacularly melodic & sincere…and highly evocative from the low-key melancholy of the verses to the harmonic way they approach the all-encompassing chorus hooks.  Y’aint gonna catch me complaining here though – I love what I’m hearing from Underlined Passages on this cut in both forms – it’s the kind of cut that’s built on the strength of conviction, the fragility of emotions, & real confidence in the material that leads to bold performances, even in the most delicate settings like you’ll hear along the way in the verses of “Couples Therapy.”  They’re nailing it though – from the mellow & melancholy of the verses, to the radiantly colorful backing harmonies & vocals that raise the stakes in the chorus, “Couples Therapy” blossoms open and expands like the dawning of a new day filled with possibility.  And ain’t that what this really is, for Underlined Passages?  Like I was tellin’ ya…the song itself might not be directly about everything they’ve been through in the backstory I was layin’ on ya – but in the spirit of the sound itself, you can hear how a track like “Couples Therapy” is right in line with where they are now – this IS the dawning of a new chapter in their story…and man does it sound like a genuine page-turner!

Everything you’ll hear fits perfectly; the band sounds every bit as fantastic as I remember them to be, if not even more inspired here on “Couples Therapy.”  These dudes belong making music…that part’s indisputable – I wouldn’t change a thing about their latest song, and they should be seriously proud of the fact that they were able to come back to doing what they love without it sounding like they missed a day.  If anything…time, distance, life-experience…surviving a worldwide pandemic…all that stuff makes us stronger…and I’d have to wager that even in this song’s most gentle & fragile moments, that strength in their comeback…that renewed sense of purpose…it’s all audible to every single one of us listening.

Having Underlined Passages back where they belong makes the world seem a little less upside down today – I can’t thank them enough for that…and for an endearing new single that has them at their best.

“Couples Therapy” comes out this September 10th – stay connected with the band and find out more about Underlined Passages by visiting their official website at:  http://www.underlineslove.com