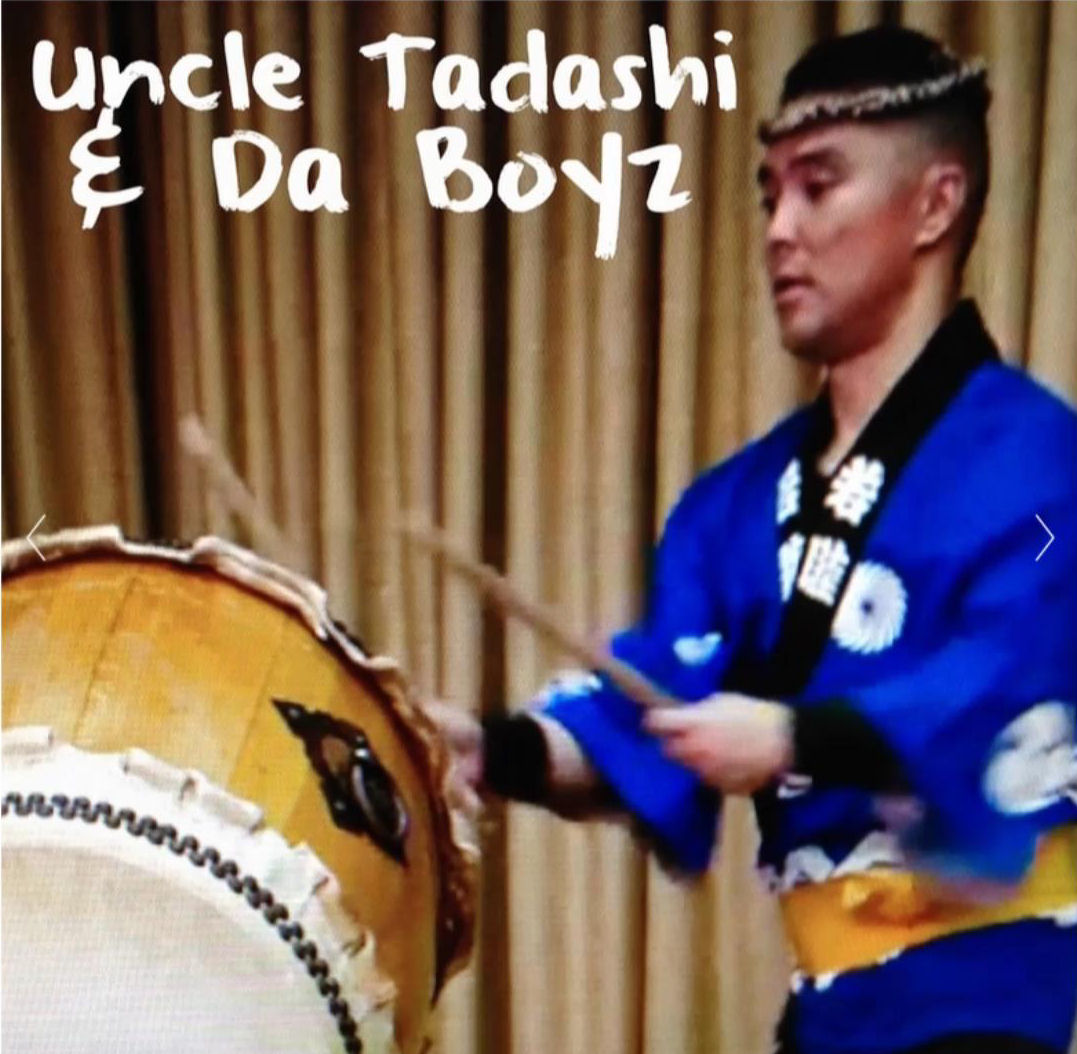 There is something extraordinarily-strange about being a no-list-celebrity like myself, sitting just outside of the studio built comfortably into our house and in the safety of the control-room at sleepingbagstudios, yet STILL wondering if at this very moment in listening to Uncle Tadashi & Da Boyz whether or not Ashton Kutcher has come out of retirement to start punking-on average, everyday-dudes like myself all of a sudden.

Let me ask YOU what you’d expect that to sound like, and I’d be willing to wager a bet that most of you put up your hand to answer back with Rap…or at the very least, Hip-Hop music…as ‘Da Boyz’ typically implies to our brains the moment we see it. So…believe me when I say…this won’t be what your brain is expecting whatsoever…

Instead of club-thumpin’ gangsta-rap…you get a song much more akin to something like you’d find from James Taylor or John Denver – you weren’t expecting THAT were you? Neither was I!

After adjusting to the sound like a person adjusts their eyesight to the daylight after spending two-hours in a movie-theatre…the song had a chance. Whether or not they want to stick with their moniker…I don’t know…I honestly, truly think there’s actually a risk in that…which is odd; usually I don’t feel like a name could potentially matter too much in one direction or the other…but I just can’t see anyone that might mistake this for those aforementioned genres sticking around to listen to this sweet, melodic & gentle-natured tune that Uncle Tadashi & Da Boyz have created with “My Old Stompin’ Ground.’ Quite simply…it’s not nearly ‘gangsta’ enough; the gap between the sounds of rap and this light-hearted song is hmmmm…VERY widespread and very far from what they might expect, were they to click at random.

All this being said…I don’t feel purposely-misled…I’m not mad at’em, and I honestly think there’s a great song here in “My Old Stompin’ Ground.” A song filled with a sentiment we can relate to – nostalgia is explored in a fully-realized and beautiful-perspective by Uncle Tadashi & Da Boyz. Led by sweetly-toned guitars and gentle-harmonies that bring-out the melody in the music and lyrical-flow perfectly. There’s zero to complain about in a song like this – it’s well-played, well-written and well intentioned. As inoffensive as music can possibly be…this is the kind of song that if you find yourself reaching to turn it off – there’s honestly something wrong with ya.

Because if you somehow naturally reject smooth, chilled-out rhythms and music that can relax your mind & soul, you truly SHOULD get your head checked-out to make sure you haven’t got a few extra holes that are loosely dropping knowledge and know-how all over the street behind you. Uncle Tadashi & Da Boyz have put out an angelic-sound and sweet song on “My Old Stompin’ Ground” that really captures the majesty & wonder-filled magic of both music and memories…and how both of those two things combine beautifully to form the moments that truly last in our lives. With words that paint a clear picture in your mind and take you to a place where you rewind your own timeline and think on your past in a beautiful light – I’m willing to look past their clear inability to bust any kind of rhymes despite the implications of their name and just accept this for what it is, which is clearly-beautiful.

Find out more from their official page at Reverbnation: https://www.reverbnation.com/uncletadashidaboyz