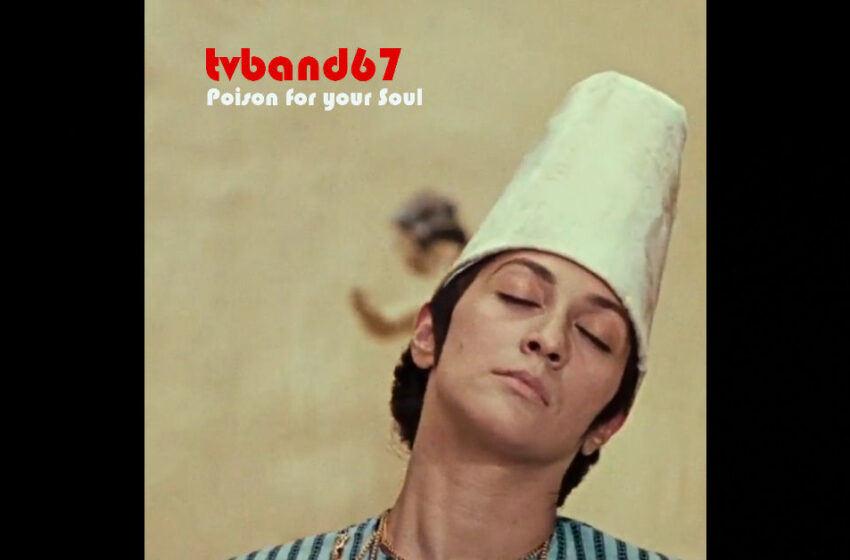 So!  How’s YOUR quarantine goin’ over there folks, dear musicians, dear friends?  I bet you’ve been hard at work on that new record or song right?  Good on ya.

I mean…I’m not here to tell ya that tvband67 is likely outworking you by at least a 20:1 song ratio, but that’s probably the facts this year.  Looking at the history of this duo of Mark Cummins & Richard Moore, ever since they stepped into the spotlight somewhere around 2018, they’ve been cranking out cuts like you wouldn’t believe, and provided a massive range of entertainment via the screens & speakers out there all across the globe.  They had an impressive debut year that yielded their self-titled record & a couple of loose singles…the following year in 2019 you can visibly see the evidence that the inspiration took hold – no album perhaps, but still a huge showing with somewhere around twelve various singles released as they continued to build their fan-base & following.  Here in 2020, it’s fully undeniable that this duo is locked right into the grooves of their wildly expressive & ambitious ideas – how their production managed to somehow get even more intense, we can only speculate & imagine that isolated times have pushed these two into absolute overdrive based on what we see & hear.  No joke – tvband67 has released a brand-new record called Richard IV Presents, and an all-out astonishing NINETEEN new singles this year & counting, including this gem right here called “Poison For Your Soul.”

Like c’mon y’all…if you’re not feeling the bounce of the bass-lines and rhythmic drums in the mix of this cut, you’re dead inside.  For myself personally, tvband67 is right up there with the best finds in the scene this year…they bring me right back to a place where a much younger & less grey-bearded me was just discovering an entire world of sound out there via the internet & learning about amazing acts out there like Air, Stereolab, The Cardigans, Boards Of Canada, Prefuse 73…the list could go on & on & on, but you’ll find there’s at least an iota or two of similarities between these names and what you’ll hear in “Poison For Your Soul.”  If I had to pin it down to the one that’s closest, I’d probably go with Stereolab when it comes to this particular cut…and of course, in my opinion here, that’s keeping just about the best company you can keep out there in comparison when we’re talking about innovative art & music combos.  You get that instant hit of colorful instrumentation, highly unique & creative electro-synth additions, exceptionally gorgeous & dreamy vocals that make an impact without singing a single word, and a warm, rich, & thick mix that surrounds you with inviting sound on “Poison For Your Soul” – it’s an indescribably imaginative & cleverly jazzy style that you truly have to experience to fully understand.

Because once you do check it out, how could you not understand?  This sweet sensory dose of texture-based music hits the mark in just about every way you can think of…I’m certainly not hearing any flaws, and perhaps more importantly, I’m hearing the kind of tremendous innovation & artistic integrity in tvband67 that is likely to keep Richard & Mark extremely busy over these next years to come as they do their level best to keep up with their own inspiration & creativity.  They’re clearly passionate, invested, and outright INTERESTED in the music & videos they’re making – they’re crushing it when it comes to the overall sound & style, and you can absolutely tell they’re having just as much fun listening as we are.  “Poison For Your Soul” – perhaps – but this single is also like medicine for your MIND folks, believe it.  tvband67 scores a giant win with this mesmerizing & hypnotic groove they’ve latched onto, it’s filled with radiantly colorful sound that will have zero problems pulling you right in to listen – and combined with the superbly smart video featuring its stellar mix of quick edits & slowly moving scenes…you gotta hand it to this duo, they’ve made everything stand out in all the right ways from what we see, to what we hear.  Massively impressed with tvband67 – this is the kind of talent & uniqueness the scene needs.

Find out more about them from their official page at Facebook here:  https://www.facebook.com/tvband67