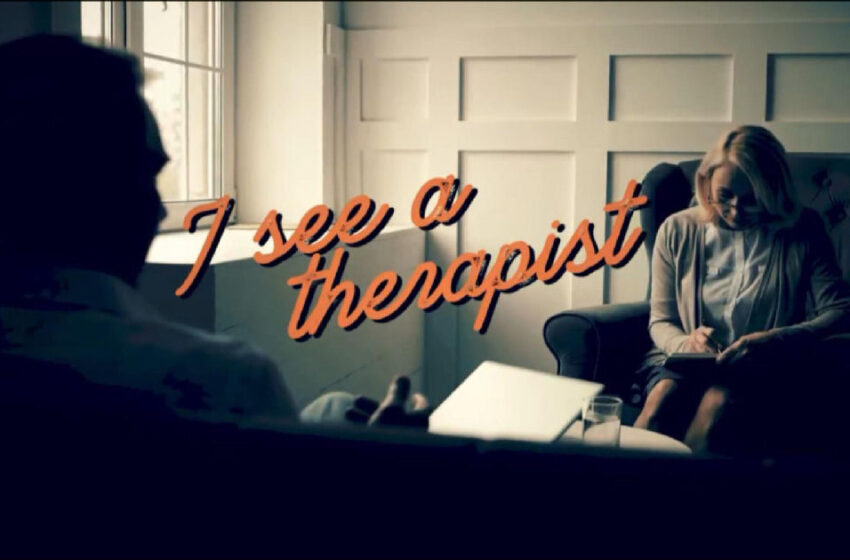 You can look throughout our pages and find a ton of tunes reviewed by Turfseer that we’ve put out over the course of 2020.  We’ve discussed his theatrical aspirations, we’ve debated his pandemic tunes, we’ve heard an impressive array of different styles and sounds, and we’ve always acknowledged the gift he’s got for songwriting, in addition to Turfseer’s ability to spot the right talent to suit the moment best.

But this…this exceeds all expectations.

One of the greatest things about listening to Turfseer’s music is that you really don’t know what it is you’ll find…versatility is truly an asset in the creative realm, and he’s always been able to maximize its potential by never truly being pinned down to any one kind of style or sound.  Further proof of his strong connection to what makes great songs work, he goes where the music, idea, and melody take him…and then in his own signature way, he forms his poetic & clever words to connect it all together.  I mean, I have no proof that this is the process, but I’d imagine that’s how it goes somewhat with Turfseer – the idea leads the way, the rest comes together piece by piece, as great songwriting most often does.

On a visual level alone, you can literally see the style he writes in has a consistency to it.  More often than not, that’s an excellent aspect to have going for any artist or band’s material, and it clearly demonstrates that lyrical depth always remains a priority when it comes to Turfseer’s tunes.  Which, I mean, to be fair, that’s why the dude’s here on these pages…he’s a songwriter through & through; he designs these tunes, and then enrolls the right talent required from far & wide across the internet to get the job done through a unique artistic perspective other than his own.  And THAT my friends…is awesome.  Don’t underestimate the songwriters of the world out there…99% of them have a strong enough connection to music that they could very well just up and tackle the stuff they write on their own with whatever their own natural talents may be – but making music isn’t always about that, nor should it be.  In fact…and those of you out there that are like this will know – a collaborative spirit can be one of the most beneficial and reciprocally inspiring ways to approach music, full-stop.  And if you were to ask me, which I suppose someone out there has, I’d tell ya that one of the most massive indications of the understanding of music is in knowing when & where to hand it off.  Maybe you could sing & play every single instrument & harmony required for whatever you’ve written – but would that suit the needs of the song in the best way possible?  What I’m saying is plain – there is absolutely nothing wrong with enlisting the A-team to bring your vision to fruition, and get that song to sound exactly the way it does in your mind, as you’ve written it.  Again, if you ask me, that just comes down to making smart choices and doing the right things for you, your music, your career, and your art; it happens all the time in behind the scenes, where one player will make a guest appearance to bring something to a song that someone else can’t – that’s the magic in what makes us different, and why Turfseer gets so many uniquely creative and inspired results in the variation throughout his catalog.

I could point to numerous songs that have brought out the best in his writing in that regard…tracks like more controversial tunes such as “In Toba Tek Singh,” or our initial introduction to Turfseer through the a brilliantly allegorical single called “The Virus Is My God,” or what’s been my own personal favorite from him to this point since hearing it in the summer, “Just Like 1961,” which I can still hear in my head to this very day even without putting it on, any time I’d like to, after all of nearly six months listening to it long ago.  Like all art & music being made in collaboration, there’s a give & take to the overall process, and certainly compromise occurs on some level in every instance; even if it’s only demonstrated by the acquiescence of being willing to share space with another artist on the same song – it’s by that same very token, when you hear something you know that works, your ears instantly recognize a natural fit when they hear it.

And as long-winded as this intro may have been to get to this point here, that’s exactly what you’ll find when you listen to “I See A Therapist” – this is that perfect assembly of all the right players with all the right personality to bring the words, attitude, and personality of Turfseer’s music vibrant to life.  Not even remotely kidding, I’d be putting vocalist Greg Schlotthauer and music-arranger Orion Keyser on full retainer if I were Turfseer…you couldn’t ask for better results than what they both achieve on this single.  If I’m being 100% as truthful with ya as I always am, “I See A Therapist” had me at hello, both in its sound, and conceptually in its theme from the get-go…and it took zero time at all for this cut to make a highly memorable impact.  Those guitar tones from the talented Jon Statham that you’ll find at the beginning of this tune leading you in for example…those are freakin’ exquisite to listen to, capable of givin’ ya the shivers through texture & tone right off the bat.  Accompanied with the soft piano, percussion, and synth-strings giving the verses a warm glow, the stage is set quickly for Greg to come in and add another layer of strength from the lead vocals…which he absolutely does, with a performance that has style, swagger, charm, and exceptional melody, control, and professionalism in spades.  Like, I honestly can’t say enough about “I See A Therapist,” – I love the music, I love the words, I love the vocals, I love, love, LOVE the results all-around.  Fitting in somewhere between Mellowdrone’s spaced-out melodies, and award-worthy songwriting & sound that could fit right onto a masterpiece like Cake’s Pressure Chief without anyone even noticing – “I See A Therapist” is a master-class on how make a vocal performance rise to the level of inspiration in the music & words.  Like I was telling you from the get-go here, you can visually SEE the cadence of how the metering on Turfseer’s words would work in the right song & the right beat & all that…but it takes a singer like Schlotthauer to get the absolute maximum potential out of each & every syllable you hear.  My gut tells me Greg would have looked at this song on paper much like I do, and he’d be able to form that natural rhythm Turfseer’s words has quickly…combined with the remarkable talent & voice he’s got, there’s no doubt that when it came time to record, this song probably snapped immediately into place.  Like I’ve been sayin,’ when you know, you know – it’s that simple – “I See A Therapist” is an example of everything going right; musically, vocally – this is tight as it gets & their performance has kept me listening time & again already.  I suspect the effect will quite likely be the same on many of you.

As for the words themselves…again, I love this cut from top to bottom – and I’m just twisted enough in my sense of humor (and life in general) to think this whole concept is awesome, start to finish.  If you’ve ever experienced the power-dynamic in a relationship, whatever that may be, teacher to student, therapist to patient, coach to athlete, etc. etc., where one half looks up to the other its leadership, stability, and guidance, while the other admires the other half’s potential personal growth & evolution – the feelings of those situations can certainly get mixed up in all kinds of compromising ways to say the least – and “I See A Therapist” plays within that theme big-time.  I’ll put it to ya this way…while Turfseer might have smartly dialed-back the controversial dial a bit with this cut…which is probably still debatable with many of the more prudish folks out there…but regardless, he’s still retained that hint of mischief we love in his writing and embracing that tendency to stir the pot a lil’ with the listeners out there – and I’m 100% here for it when it comes to this song.  Don’t even try to convince me that I’m alone either!  You know full well you had a crush on Mr. So & So from your junior high math class, or Mrs. Such & Such from the head corporate office – fantasy is a completely natural & necessary part of our functioning as humans.  The question is…where’s the line?  Where do you make that leap from fantasy to reality…and if you do – will it be rejected or reciprocated?  In the whole therapist/patient scenario, it of course goes even deeper on a psychological level…as in, are you really in love, or are you just craving the comfort of someone who seems to understand…who’s on the clock mind-you…but maybe, just maybe they feel the exact same way as you do, and if you were to just cross that line with like, a toe or something…you know…just to find out if it’s mutual…  Maybe I’m projecting…I better find my way outta this review…

So I’ll leave it at this, and simply say that while I’ve always found a way to admire or appreciate a lot of what Turfseer has created from one angle or another over the course of this year…I’m stoked to end 2020 on a real high-note of positivity here for the guy in review…”otherwise I’d be quite depressed” – and because I know just how much effort he sincerely puts in…which incidently, also seems to occur relentlessly around the clock 24/7/365, which I also admire.  He’s a man of music and deserves to end the year on a highlight…and I would be pretty hard pressed to think I’ve heard a track from Turfseer that I dig more than “I See A Therapist” from what I’ve heard & experienced so far from this collaborative artist.  I’m pretty sure I love this song just as much as its main character loves keeping those special appointments being made – “I See A Therapist” is a flawless gem of sensually mischievous fun, where everything is in its right place.

Listen to more music by Turfseer at Spotify here:  https://open.spotify.com/artist/4Dt7GYIfuKySG0bQ66dTle