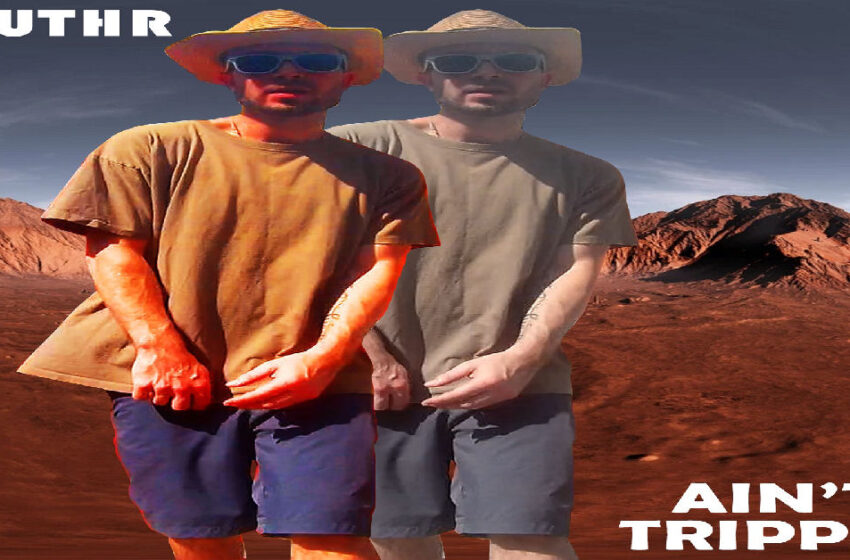 “Life is fuckin’ beautiful with all of its flaws.”  That’s #TruthdirectfromTRUTHR y’all, listen up!

TRUTHR “ain’t worried ‘bout a motherfuckin’ thing” – and I can’t say I blame the man…if I had skills like he’s got I’d be spittin’ rhymes in the sunshine all day long just like he is throughout the video for his latest single “Ain’t Trippin” too!  This dude…I tell ya dear readers, dear friends…it’s artists like TRUTHR that have you instantly appreciating just how different REAL Hip-Hop vibes are from the mainstream joints in modern-day Rap; I’m not going on one of those whole trips about how music used to be so much better back when etc. – I’m directly commenting on the fact that TRUTHR clearly knows the roots of the genre & gives it the respect it deserves.  This is the sound I’m looking for personally – and when it comes to all-around effort from the pen & the pad to the music & the microphone, you can instantly recognize that the work has been put in, the passion for the craft is there, and that TRUTHR has plenty to offer the world of Hip-Hop.  And YES folks – that means WORDS – plenty of’em!  “Ain’t Trippin” is immediately refreshing to the ears in the way TRUTHR designs his rhythm & poetry to provide food for thought…the man can string together a sentence & he leaves zero doubt it as he rolls fluidly through complex lyricism with positive perspective, absolutely stellar precision, & the passion to communicate.

And can we just talk about this here video supporting “Ain’t Trippin” for a moment or two homies?  Because this is genius – and ultimately, it might reveal the star-quality in TRUTHR every bit as much as what you’ll hear coming through your speakers.  Let me put it to you this way – you gotta bring the A-game when it comes to the visuals in what’s essentially a single-shot style video, because as viewers, the inherent limitations of what we see could potentially make us restless; serious credit where credit is due – I never once felt remotely bored watching “Ain’t Trippin” – in fact, I’m sure it reinforced the kickass time I was already having in just listening to this cut.  Set simply against a backyard backdrop in front of a…shed?  Greenhouse?  Tiny house?  Alright, alright…I don’t know exactly what it is that TRUTHR is standing in front of – but what I can tell ya is, between the clever use of effects, editing, & movement, alongside his naturally magnetic personality on the m-i-c & the visual swagger in his video…he’s really onto something that works spectacularly.  From the speakers to the screen, TRUTHR shows no cracks in his verbal armor & slides in really smart & smooth effects to the video to keep us all entertained 100%.

On the merits of his word-selection alone, TRUTHR is all-aces as far as my ears are concerned.  He’s put a ton of thought into the design, structure, melody, hooks, and flow – and all that effort pays off big time in results like these that show no quarter has been spared when it comes to his attention to details.  The music has that perfect mix of dreamy vibes & chilled-out good-times…the main star of the show delivers on every single one of his bars with flawless delivery…and the video for “Ain’t Trippin” hits the mark 100%, providing ya with visual entertainment that’ll far exceed your expectations when you see just how well executed this idea is from start to finish.  One thing is for certain – while I might be late to the party on TRUTHR’s music and just climbing onto this bandwagon to find a seat now after hearing “Ain’t Trippin” – I don’t plan on leaving once I sit down after everything I’ve seen & heard in this single.  And isn’t that the kind of first impression & impact you should be looking to make with your music?  I like to think that’s the mission…and when it comes to “Ain’t Trippin,” consider it mission accomplished.

Find out more about TRUTHR from his official page at Facebook here:  https://www.facebook.com/waytruthr