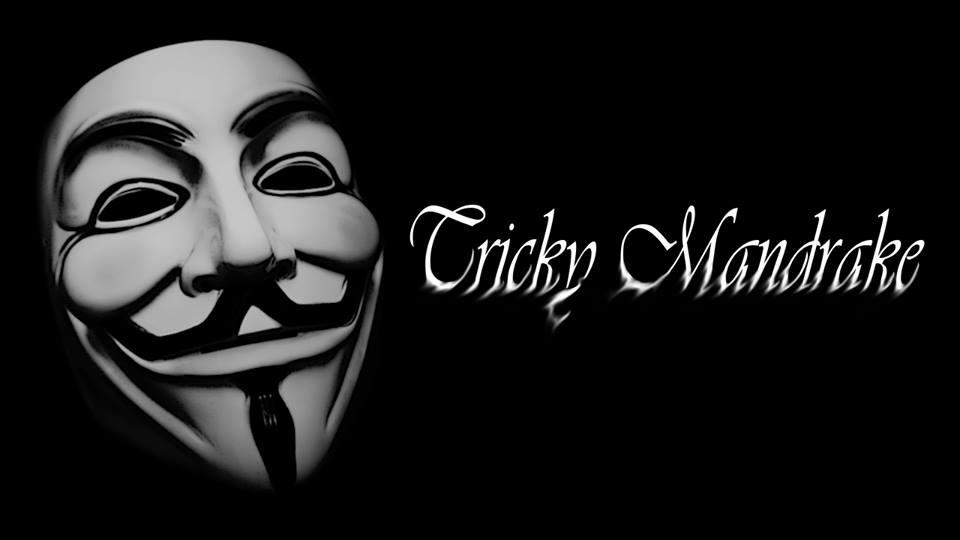 Tricky Mandrake – “Over And Under” – Single Review

If you caught the last episode of our show you’ve already got a couple of my preliminary thoughts on the new track “Over And Under” by Tricky Mandrake…and chances are you noticed I also referred a couple times to the music ‘playing’ – which unfortunately, we blew completely when it came time to editing it into the show and I refer to a whole bunch of nothing instead of the sounds you’d be expecting to hear.  Apologies on that to Tricky Mandrake…big time apologies really…sometimes we do things with the best of intentions only to find we fall short of the mark…it happens to us all from time to time; with our eyes on the move across Canada for SBS…I know I’ve noticed myself making more than my own fair share of errors in contrast to what I’d like to consider a normal standard of very, very few.

Anyhow…Tricky knows I feel awful about the mistake and knows I’ve got a plan to rectify it all…and that’s completely true.  You can expect TM to pop-up at the SBS page for a few different reasons over the course of March coming up here…not only do I feel like I owe the guy but the music in fact deserves it quite strongly; Tricky Mandrake has done nothing but get us excited when it comes to the sound of his new single “Over And Under.”

Close your eyes for a moment and picture your favorite sounds of rap/rock throughout the past…hmmm…two decades let’s say.  I’d assume that 90% of you went to Linkin Park as the main example…or if you’re a die-hard RATM fan like myself, you’ll always give credit to Zach, Tim, Brad and Tom for it becoming a ‘thing’ at all.  If you naturally jumped to Limp Bizkit…well…you’re excused from reading the rest of this…and like…LIFE as well…yeah…you can excuse yourself quietly in the corner from that too…especially if your last name happens to be Durst.

I could potentially see critics, fans, journalists and musicians all perhaps making the comparison…or attempting it while listening to “Over And Under” – though in my personal opinion this new Tricky Mandrake single borrows much more from the Linkin Park side of the genre than it does from any of the others out there.  Speaking of which…I only made an effort to name the three overall ‘giants’ of the genre…I could go on and on – but honestly, would you even know who I was referring to?  More than likely you would NOT – because this is a genre that is sorely lacking a champion at the moment.  Even after the dominating way that LP has owned the charts for years…they’re quite classically-reserved when it comes to press time in their later stages…they make noise onstage sure, but the rest is pretty quiet once those lights go out.

With a recipe for massive sounds and BIG hooks that captivate and provide a serious amount of jaw/fist clenching energy – “Over And Under” certainly puts Tricky Mandrake in a position to make a run for the lead spot in a genre nearly abandoned post-millennium.  With the aggressive nature to the music, hooks and to the lyrics/vocals as well – there’s no denying the power than Tricky has put into this audible fight-song.

Now…those of you that know me, you know I’m a lover – not a fighter.  That being said – the rap/rock genre is a different beast entirely…like an engine you can really fire up when you need to blaze the other car off the line so hard that it becomes merely the smoke of tires in a rearview mirror.  Tricky Mandrake is providing an energy that is a necessary entity every once in a while, even if you’re outside of the bars and not the kind of dude to raise-up the fists like myself.  As pussified as it can sound; I raise my fist up through the words…much like what rap/rock does from the stage and in the music, but without the mosh-pit of sweat & blood in front of me.  It’s songs like “Over And Under” that make you feel like you can break whatever chains might hold you and bust into that next level…whatever that might be for you.  In the case of Tricky Mandrake, he’s got his eyes fixed firmly on that next-level of achievement and he’s gunning for it with everything he’s got.  “Over And Under” is a solid example of never listening to the words ‘no,’ ‘can’t’ or ‘won’t’ – this song is entire about kicking ass on your fears and going after life with 100% of your core-being.

I think overall…that Mandrake has a real shot at being that voice, that leader that this genre so desperately needs.  So many mistook the genre for being all about hate, anger, fists and fighting – and in the process managed to miss a lot of the social commentary, fighting for the underdog and representing the will of the people that the music contained.  TM is doing it all here – aggression without the negativity…”Over And Under” at least from my perspective, is a completely positive song.  It might come with a few loosened-teeth…but it IS a positive song.  However we can get there – we should take the shot I figure…and Tricky Mandrake clearly is.

“Over And Under” contains a massive swell of confidence and the sound of an artist truly embracing the moment and going after it with full-force.  The rap from Tricky Mandrake is solid throughout…the aggressive energy in his vocals is a vehicle to communicate the passion and sincerity of the words…it’s make or break time for TM at this phase in life…he knows it and he’s ready to fight for it.  Again…for the record, I don’t think the guy needs to raise-up any fists either – he’s got the intentions fully declared in “Over And Under” and certainly could…but I think he’d prefer to do it through wordage and tracks full of hot-shit like this one is.  The cutting-edge grind and pound of the music of “Over And Under” makes for a wicked listening experience and the production values are actually quite unique.  The sound itself comes back and forth through the lefts & rights and really weaves the distorted, edited, chopped and frantic beat throughout the song in a truly hypnotic way.  It actually takes a listen or two to really get your head around how the track is received into your faceholes…but less than one listen to become fully invested and interested in Tricky Mandrake’s brand of rap/rock.  Solid writing, solid execution and a wild energy that certainly warrants some extra attention…and as a long standing fan of the genre – I think we might have found its next champion in the music of Tricky Mandrake.

Make sure to check out the latest episode of SBS Live This Week for more of my thoughts on TM…even though the music-cues were missed, the thoughts on the music are still entirely relevant to what we’re talking about here now.  We’ll take it further later on in March as we pull Tricky Mandrake into another avenue of what we do at SBS and put up this new track on our podcast…so one way or another, we WILL get this music to ya!

Tags: Over And Under Singles sleepingbagstudios Tricky Mandrake