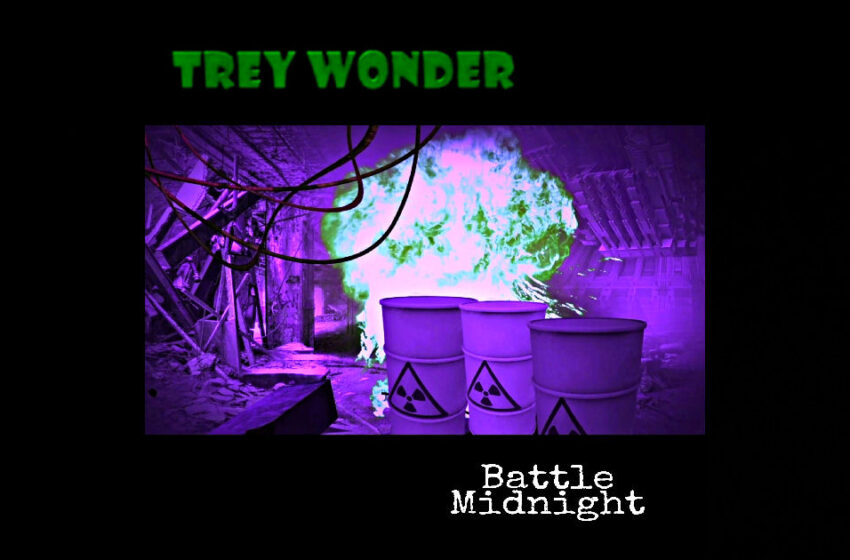 Trey Wonder…TELL US HOW YOU FEEL, WOULD YA?

While the onslaught of pandemic-based tunes was an inevitability for the music-scene & how it reliably documents our times, for the most-part, it’s despite the bombardment of’em here on our pages over this past year, it’s actually been a pretty unique experience in seeing how many different perspectives there are on it all being put forth.  Some I agree with, some I don’t – I’m not here to really make any judgments on that or try to change anyone’s mind, on anything at all, ever, actually.  I’m just sayin’ it’s been very interesting to see how things have been so different for everyone, depending on a variety of factors from financial crapola, to rules & regulations, to isolation, and geographical location – all these things and so many more have kept the perspective on these times we’re in consistently fragmented.

We can all so barely even come to an agreement on the fact that something is even fucking happening.

Madness.  Who would have thought we’d get here to this point, where insanity is IN and logic is OUT?  And who better to illustrate all this than notorious punkster Trey Wonder?  Grandma take me home!  This dude has put together a bone-cutting spin on the situation we’re in…and just like you’ve known in the roots of Punk and in Wonder’s music as well from the past – sarcasm knows no bounds at all here.  Like seriously…none.  Even after listening to this cut as much as I have, I still couldn’t even tell ya 100% for sure if Trey’s laying out how he genuinely feels about the pandemic & rules & government & whatnot, or if this is a classic 180-degree turn from what he really believes to suit what he wants to say in this single.  It’s not that the language is coded or that the words are hard to miss – it’s that Trey is a master of pulling the rug right out from underneath us all with his wonderfully warped perspective on the world at-large.  Maybe he’s being deadly serious here…or perhaps there are moments along the way where he’ll slip in a line he might completely be in agreement with…but I suspect, as with the traditions of Punk guiding him along, much of this is likely satire, intentionally offensive, and tongue fully in-cheek.

Is he lampooning the right wing beyond repair – or is he kicking the left squarely in the nuts?  Or both?  There’s no doubt that TW’s gonna push some MAJOR buttons out there with a whole bunch of people that don’t really get what he’s doing here, but provocative and polarizing is really what great Punk music has, and always will be about.  Honestly, I like the fact that, if this IS a shot at the right you’d damn near never know it because it’d be such scorchingly dry humor – and it’s just as impressive that you can look at this all taking aim at the left for basically the exact same reason somehow…it’s as perplexing as it is crafty, and quite likely, there’s gonna be a ton of people that ‘get it’ and a bunch more that will too – only completely out of context, cleverly by design.  I think the biggest clue you’re really going to get about which direction this guy does or doesn’t lean is revealed with that very first line – “C’mon babe, let’s go buy some guns” – and I think anyone out there taking this track deadpan seriously after that is completely mistaken to do so, but that’s my take on “Battle Midnight” – yours could be totally different.  Maybe you’re sittin’ there with your mullet & beer and you hear this song post Sunday pig-skin toss and you’re all like, FUCK YEAH – “C’MON BABE, LET’S GO BUY SOME GUNS!” and sing this on your way to Walmart or whatever corner store is sellin’ pocket rockets closest to your beautiful suburban fortress.

We all hear what we hear…context matters, the history of music matters, the previous material from an artist or band can give you some insight…but how fucked are we, there’s still a little logic required to figure it out from there, so God help us all, praise the Lord and pass the ammo, as they say.  Don’t let the friendly upbeat bounce of his music & vocals fool ya – Trey Wonder is a master of mischief and musical deception, and he’s crafted a cut here that the craziest of fucks out there can truly admire.

Huge bonus points to the monsters in the video & solo of “Battle Midnight” rockin’ out a Backstreet Boys-esque set of dance-moves.  Ain’t no way you’ll see that coming atcha either – but that’s just the thing with Trey Wonder, you’ll never really know just what mayhem he’s gonna cook up next, audibly or visually.  On tracks like “Battle Midnight,” he could verifiably have the entire population of the globe in his sites through the scope of his sarcastic range & be hitting us directly before we’d stand a chance of even realizing just how much he scorched the earth, in the process of burning us all to the nth degree.

Find out more about Trey Wonder from his official homepage at:  https://treywonder.com