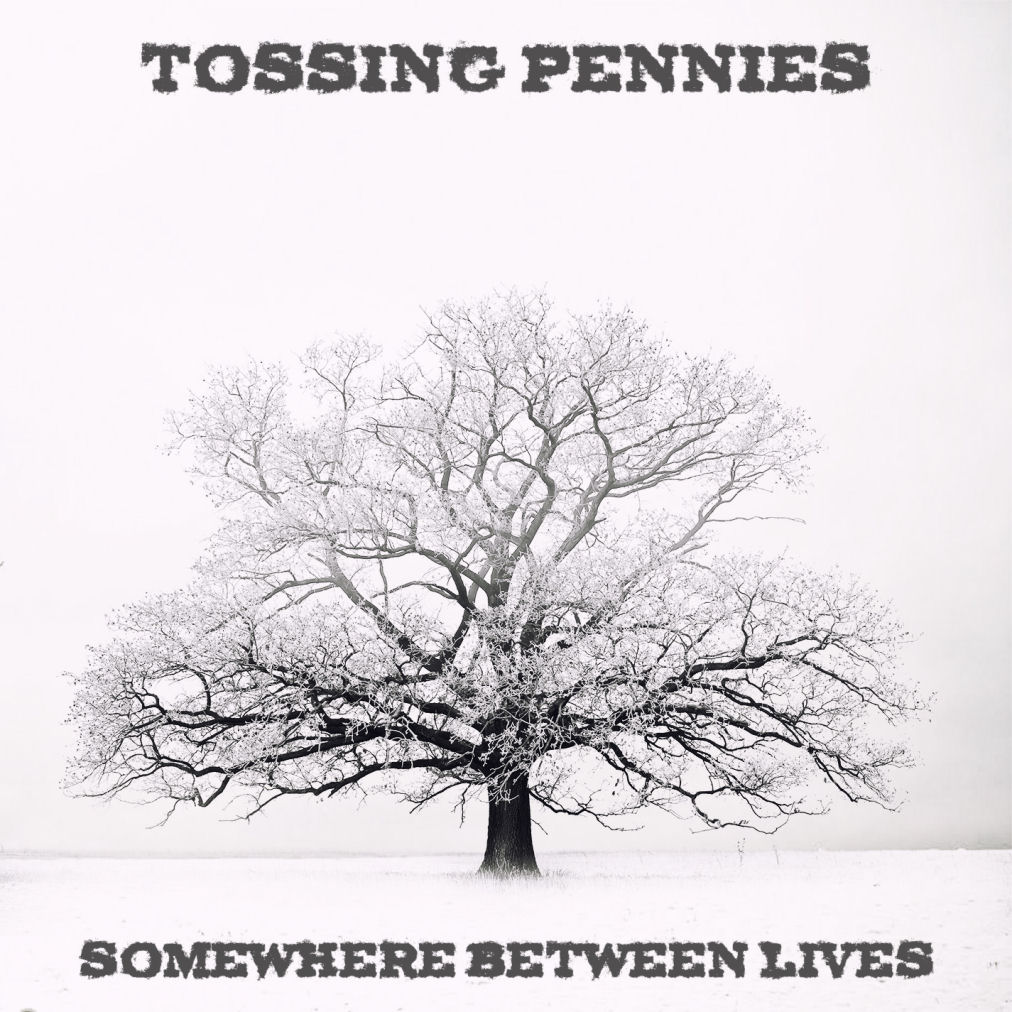 Based on everything that we researched, discovered & talked about with Eric of Tossing Pennies in our latest interview here on the pages at sleepingbagstudios…to say that I was looking forward to hearing the music would be a massive understatement! The Tossing Pennies project…although in the process of recording, refining and readying the new self-titled EP coming out early this year…was still so new that there wasn’t a sound available for me to hear while creating the questions. If you look in the past interviews here at the site – you’ll see that’s not the first time that’s happened or come up…and in many cases, it can be a little bizarre…like talking music-theory, only career-theory instead. That wasn’t the case in talking with Eric; not only did we get extremely REAL answers from him about the music of Tossing Pennies in our conversation, every answer he gave us was just another reason to start looking forward to the music we knew was right around the next corner. Now it’s here!

Wellllllllllllllllllllll…some of it at least – you know I’ll take what I can get – “Mainline Hero” the lead-single is now available and Tossing Pennies are ready to make their mark. From what I understand…the entire album Somewhere Between Lives is not all that far away coming out November 2016…we’ll get the EP before that and we’ve already got a wicked first-cut new-single from the album today…so we’ve got ourselves a solid sonic-appetizer – no complaints from me!

And from what I’m hearing here on “Mainline Hero” it sounds like we could be in for some pretty rad stuff from Tossing Pennies. I dig the smoothed-out grind & rhythm of “Mainline Hero” – and since learning through the interview with Tossing Pennies that everything we’ll hear on this record was written & performed by founding-member Eric…you gotta admit, this new single comes out sounding extremely impressive. Strong ideas come together with all the right amount of punch…and it’s definitely rock there’s no question…but what will impress you most is just how controlled “Mainline Hero” stays throughout. It’s not setting out to re-invent the wheel – but at the same time this is far from sounding like it’s been done too many times before; there’s a fresh approach to the alternative-edge here…and I think it works – I know it does for me!

Lyrically, much of “Mainline Hero” is exactly what we were promised we’d be getting from the music of Tossing Pennies when we discussed it in the interview; personal, gritty tales of both dark & light…a struggle for redemption and ultimately the path forward come hell or high-water. “Mainline Hero” has some fantastically defined parts between its verse and chorus – both possess massive hooks that certainly stand the potential to grab some of that attention-span of yours. Each time I’ve played it, I felt like the verse was the dominant-part of the song; the flow has a great rhythm and Eric’s vocals fit the groove perfectly…just above a growl but right there at the bottom of the low-end scale.

But then I realized that the reason that every time “Mainline Hero” hit the 1:20 mark, that the only reason I felt the verse was the main-hook was because it simply PLAYS first in the song; each time that 1:20 mark would hit I’d be just as sure I was listening to the strongest hook coming from the chorus. So…much like the main-inspiration for sleepingbagstudios Mr. Sir David of Grohl would say…go write that chorus…then use that chorus as your verse and go find an even BIGGER chorus – and so it would seem that perhaps Eric subscribes to that very school of thought. While the chorus of “Mainline Hero” doesn’t necessarily amp-up the chilled-rock vibe that has been running through it energy-wise – I could easily entertain the argument that the hook is stronger here in the chorus, or at least find myself agreeing that it’s every bit as strong as the hooks in the verse itself.

Production & sound-wise…no issues I can hear. I’m thinking green-light to this project and I’m stoked to hear what the rest of the album comes out with. I’m curious now to hear how grunge, or how rock, or how aggressive it will or won’t get on Somewhere Between Lives…it really does seem like Eric could take this album in any direction and find some success with it. I mean…come on now…you can hear he’s got some epic Cornell-like potential in him by the way the chorus in “Mainline Hero” begins…so…YEAH…I’m positive you can ALWAYS count me in for anything that remotely reminds me of that dude!

Tossing Pennies are definitely on to a rad start with “Mainline Hero” delivering in thick rock-sound and a solid first listening experience. The writing department seems to be firing on-point – everything from the lyrics themselves to the way they attach to the melody and music of this subtly-aggressive tune really hits the mark.