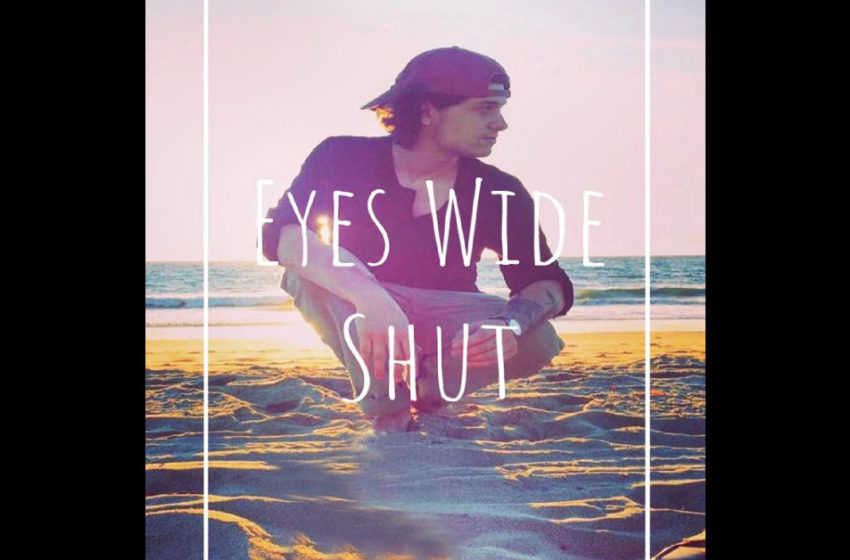 It’s honestly hard to say exactly what Torin Muccino is onto here…I just know it’s something really special; in fact, I don’t think it’s even possible to listen to this dude sing a song and come to a different conclusion.  There’s just something about his tone of voice, the way he communicates through music, and the way he expresses himself that seems to be well beyond the years of this still very young man.

You read my thoughts on his single “Adeline” just yesterday, and as promised, we’re back here with another solid cut from Torin called “Eyes Wide Shut” today, which are the first times we’ve had him back here on our pages since we reviewed his 2018 record called For The Times.  Dude’s had us listening from then on really…he put out a great debut and between these two singles, he’s confirmed the spot on our playlists and the attention of our ears has been justified…Torin writes excellent tunes, ain’t no doubt.

So…in between these two days here in revealing Muccino’s latest at our pages, we’ve got two noticeably different vibes in two remarkably well-constructed new singles.  He’s confidently mixin’ the light with the dark in high doses of contrast…and he’s kept the ingredients to both these songs limited to exactly what they need and not an ounce more.  I mean that in a good way…a very good way really…Torin has a lot of things about his music that stand out and the more clearly we can get to it all, certainly the better.  When “Eyes Wide Shut” first begins, it almost sounds like we’re heading into the darker terrain explored in the melody of “Adeline” as it starts…but hearing this second single blossom into the chorus was a most unexpected and fully welcome twist.  I have moments where I’ll sit and listen as intently as I can to this tune and dissect it right to its core…every piece of this song plays such a significant role.  From the jangle, twang, and sparkle of Torin’s guitars, to key elements like the brilliant bass-lines, warm glow of the organ, and beautiful synth melody shining underneath the surface in the background of the chorus – “Eyes Wide Shut” becomes a true moment to behold and a song you’re sure to remember.  What I love about it the most perhaps, is that I’m really just about as addicted to the loose & hazy way he sings these verses in what’s fast becoming his signature style as I am of the way he nails this chorus so perfectly.  For completely different reasons mind you…I think you get two fully unique parts in this song that really stack up and work spectacularly together; what you’re introduced to as “Eyes Wide Shut” begins definitely hits the target, but it’s way Torin executes this chorus that’s like splitting the arrow.

As per his own standards, Muccino dives into a great mix of emotions through his lyricism and creates a compelling story that flows through “Eyes Wide Shut.”  Like a tale of struggling to maintain that innocence of youth…to not grow up so much that it’ll take away from that wonderment we all have for the world when we’re young…to keep the “Eyes Wide Shut” and hang on to the memories & moments you savor the most and can always see clearly.  Contrast plays a significant role once again and shows up to remind us that not every single memory & moment we remember are necessarily our own highlights of achievement so much as they are there to remind us of what was truly real.  Experiences & feelings that were embedded into our thought-process & DNA during youth for the rest of time – it’s these kind of heavy themes that Torin explores inside the beautiful glow of “Eyes Wide Shut” and that mix of emotion between the good & the bad makes for an exceptional listen all-around that gets your own brain moving along with the song.  I think we can all relate to a lot of what Torin’s writing about here.  Whether it’s being stuck in our own heads too long with our thoughts or resisting that urge to grow up too fast or too much…he makes his points in a relatable way that’ll connect to the people out there listening, and combined with the sincerity of his voice & in his music, I think he’s got a real winner here.

I’d be keeping Mr. Muccino on your radar folks…I think he’s in for a fantastic year filled with great tunes, even if it all has to exist online for the time being during this whole pandemic we’re all captive in right now.  Both “Adeline” and “Eyes Wide Shut” worked out solidly for this dude and confirm he’s completely on the right path…he’s using his music as a vehicle for his own healing & sorting his thoughts out loud for us all, but in a remarkably humble & honest way that’ll encourage others to truly listen to his words.  The connection between the material and the man behind the music is clearly there, and it counts for just about everything – it’s the fact that Torin Muccino puts so much of himself into these songs that make them work so well.  Word on the street is that there is a record coming out soon-ish, and videos to follow to support these lead-singles…lots of reasons to be checking in on this artist and sticking around to find out what he comes up with next – stay tuned.

Find music by Torin Muccino at his official website:  http://www.torinmuccino.com