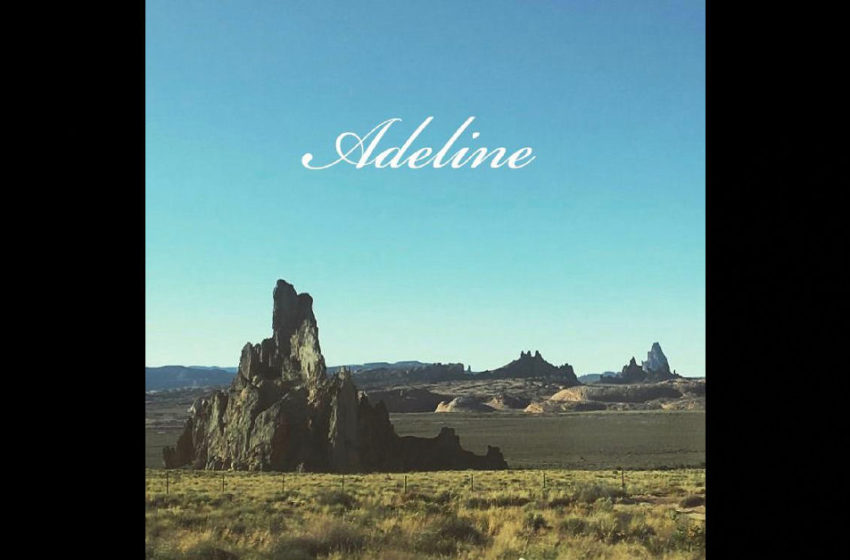 It’s been a minute or two since we last had Torin Muccino on our pages…back towards the end of 2018 with the album For The Times to be somewhat precise.  All things to be considered as of late, a year & a half sure doesn’t seem like it’s been that long…mind you, we’re all kind of in a strange & twisted time-warp of sorts right now aren’t we?  Hard to even remember what day it is during this whole lockdown.

That being said, I certainly remember For The Times and I definitely remember Torin Muccino very well; I mean, it’d be hard to forget the guy – that record is still in my collection and in my giant playlist of indie awesomeness here, his music still pops up every so often when I’m listening to tunes outside of the ones I’m reviewing.  Admittedly, I probably get to that playlist much less overall than I used to these days, but that’s a salute to you incredible artists & bands out there that keep me busier than any old man at my age should probably be…to which I’m endlessly thankful to you all for.  The point is…it’s hard to forget someone if you’re still listening to their music, but it’s still nice to get a rad reminder like a brand-new tune or two to refresh the reasons as to why you’ve been listening all along, know what I mean?  I’ve got a couple of the latest cuts from the upcoming Torin Muccino record that we’re gonna talk about over these next two days.  I chose “Adeline” to start, because it literally sounds like a beginning – and if you come on back tomorrow, I’ll have more information for ya on another song called “Eyes Wide Shut.”

“Adeline” does an excellent job of riding that line between haunting & beautiful…I could honestly see that listeners out there would likely interpret what they hear in this tune in both those ways and I’d fully understand where they’d be coming from.  At its core, “Adeline” keeps the recipe of ingredients short & simple…and just like all the great chefs will tell ya, it’s just a matter of finding the right pieces of the puzzle to create the perfect serving.  You don’t need parsley in music either for that matter – but you also get the idea…why overstuff something with BS if it’s not required?  Believe me when I say, there are more than enough songs in the world that have gone that one step too far or included that one extra element that pushes the whole track over the edge.  It’s about suiting the song with what you have and giving it what it needs…nothing more, nothing less.  You do that and you’re golden…whether or not each song comes out as the absolute best you’ve ever done, maybe, maybe-not…but you’ll always be able to hang your hat up proudly at the end of the day knowing you’ve done the right things for your music.

For real, as it starts, “Adeline” seems to drift right in with the mist and the morning of a brand-new day.  Even as Torin begins to sing, the sound of his vocals & lyrics almost seem to indicate he’s piecing together the story of the night or days before, scattering in pieces of info & imagery into the words that give massive depth to the overall tale being told.  Largely interpretive, again, each individual set of ears out there could very likely have their own theories as to what’s really taking place in the details of “Adeline” – and ultimately, that’s a great way to get people talking about your music, ain’t it?  At the beginning, Torin almost has his own uniquely endearing way of recalling his thoughts that will convince you “Adeline” could potentially be a love song of sorts – and in a way, maybe it IS – but when you hear the music take a slightly more twisted turn and expand, the picture gets much cloudier and harder to see.  Whatever your theory may be, the point is that Torin’s smartly left so much of this song open for our minds to fill in the blanks when it comes to what exactly is taking place in the story of “Adeline” – and that kind of…oh what would ya call it…that…ability to have us creating our own assumptions, works wonders in this song.  Because while I might hear that chorus in the way I described it for ya, others out there could just as easily hear a song about undying love…or the need to keep it somehow…any way possible…  Who knows – maybe Torin’s played the ultimate card on the table here and exposed how the conclusions we come to about “Adeline” end up probably saying just as much about us as it could about the artist who created it to begin with.  Great tones in the music and Torin sings this song in a brilliant haze of his own signature style…there’s not really any way to mistake Muccino’s voice for any others out there, and that’s gonna be an incredible asset to his career going forward for sure.  “Adeline” proves he’s about to come back in 2020 and build confidently on the momentum he achieved with his last record For The Times through his further evolution as an artist and increased understanding of his own capabilities.  A song like this shows he’s focused when it comes to both his writing and performance, and the ethereal touch to the production & atmosphere of “Adeline” gave this sound of Torin’s that final cherry on top.

Very stoked about what I’m hearing from this guy so far this year.  Like I said, tune in tomorrow folks, same bat time, same bat channel…I’ve got more info about what Torin’s been up to that you’ll definitely wanna know about when we discuss “Eyes Wide Shut,” another lead-single from his upcoming record due out in 2020.  Until then, make sure you stay up to date on all-things-Torin-Muccino by visiting his official page at Spotify here:  https://open.spotify.com/artist/1OhsxmfeUmXocEEkOg7WUI