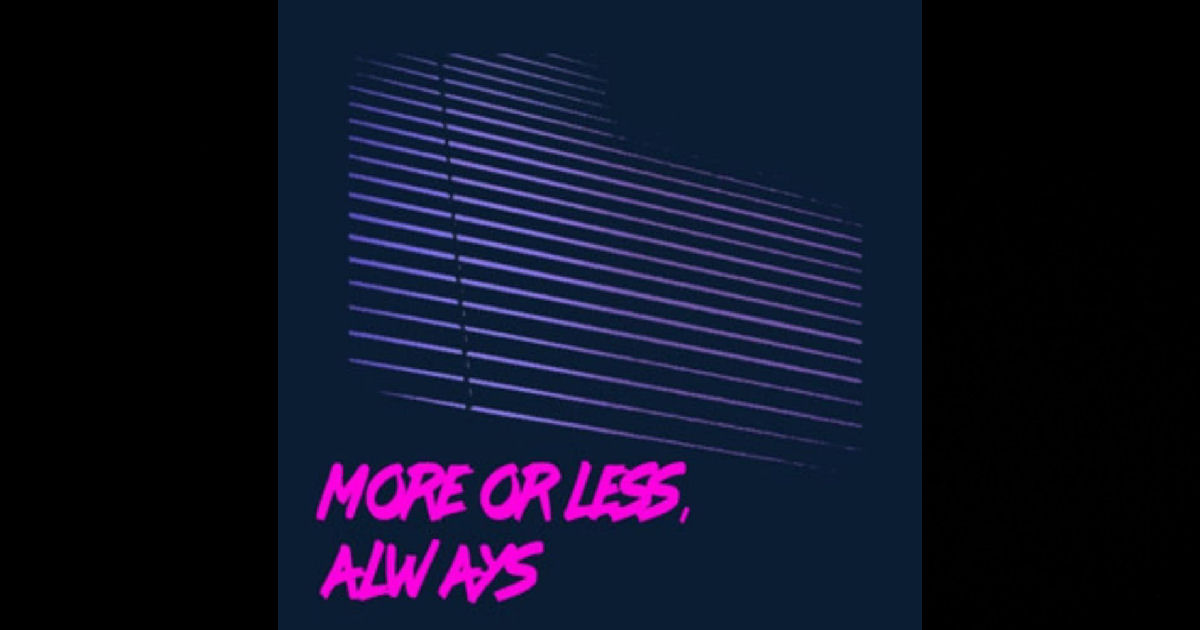 “We’re just a couple of guys who play music.”

Well right on.  Just so happens I’m a guy who writes about it.

And some of you regulars out there know me well enough to know I wouldn’t include a quote unless it actually said something.  While that might appear to be a non-informative statement of sorts, it actually speaks quite a bit about the humbleness you’ll find in this combination of talents in Tomorrow, When.  Created by Josh Hudson and Randy Devlin Jr., the duo behind the music seem like really down-to-earth dudes…REAL nice guys…like…I’m 99% sure my morning sarcasm scared them off at one point in the process just not quite knowing how to take me…which…well it happens a lot more than you might think.

I mean…in their main picture at Facebook, one of these dudes is rocking a savagely rad beard, the other is hidden behind a giant cloud of smoke…ain’t nothing to worry about here gentlemen, we’re practically family based on what I’ve seen!  It also helps that they write really solid tunes when it comes down to it.

What I’m loving about Tomorrow, When the most perhaps, is that I’ll hear like, a snippet, a piece, a fragment of a small section of their songs that might remind me of another band or artist…and like, it could literally be anyone from Keane to Beirut to Interpol to Weezer & far beyond any of those comparisons as well…but at the end of the day, these two guys really have their own deal goin’ on and are making exceptionally unique tunes between them.  Beautifully natural & organic melodies really…listening to “Close Calls” start up the More Or Less, Always EP was a fantastic first impression & excellent gateway into their new record.  With it being just the three songs on the EP, there’s no harm in front-loading it with such little time to establish an impact; so in my opinion, it was a really smart move to put what’s arguably the most accessible song on this record first in line for the people to hear.  You’ll notice uniqueness that immediately stands out, no question…”Close Calls” is far from a typical tune and a fully spectacular melody.  They’ve got a great sense of how to write music that connects…”Close Calls” is the kind of tune you can feel within you, especially when they find such an exquisite melody to fuel the heart of the chorus of this song…they discover a fantastically fresh & uplifting sound that heads straight for the soul.  As far as composition & structure & all-that is concerned, you’ll find great movement all throughout the flexible nature & vibrant sounds of “Close Calls” – I might have done without the ramping-up of the final twenty-seconds or so for the ending here, but that’s probably just me.  I get that things gotta change & artists/bands always wanna make that memorable impact at the end of a song…I wouldn’t at all say the final moments of “Close Calls” hurt it, just not so sure it was needed or if I wanted to go there after experiencing the blissfully serene & chilled atmosphere they were so perfectly locked into beforehand, know what I mean?  Regardless, the end of “Close Calls” still works & it’s a tiny fraction of the song…the vast majority of this tune is right on the money, played & sung with clear passion, heart, and a genuine love of the craft…I’m diggin’ what I hear so far overall.

“Green Eyes” strips-back the sound from the fullness we experience in “Close Calls” in favor of a stunning & sweet indie-ballad and quaint guitar-based vibes.  So…here’s where I’m at with this song – they’ve got something that really stands out here…they’ve used this space absolutely brilliantly, full-stop.  Now…as to what it is that’s going to be the most memorable aspect of this tune & whether or not that’s fully shared between them or not, might be another story – as in, I love the recording & tones of the guitar, but it’s the vocals of Tomorrow, When that could very well be this duo’s biggest draw when it comes to people listening out there.  As much as they likely split the duties between them in the band, I have the sneaking suspicion that this is no secret to Tomorrow, When – I have the feeling they’re well aware of just what an asset they have on the microphone on this band, and songs like “Green Eyes” definitely reflect the confidence & faith they’ve placed in the vocals being able to guide them to victory.  It’s well-placed confidence as far as I’m concerned…”Green Eyes” has some of my favorite lyrics on this EP and absolutely highlight vocals; you’ll easily find stand-out moments on the microphone in all three of these songs, but the bare-bones environment here certainly assists in helping them reach our ears even more.  The backing vocals give them a bit more variation & uniqueness…albeit perhaps a bit more of an oddly-appealing sound in their harmonies as opposed to the straight-ahead smoothness.  Guitars are solid…I’ve got my moments here & there when the bass chimes in…sometimes it fits perfectly, sometimes it’s a bit wandering & sounds a little less sure than the rest of what you’ll hear…again, not a massive factor in the end results as it’s a very minimal part of the design, but something to consider.  In environments where we can hear absolutely everything so clearly on display, it’s crucial to make sure that each & every note we hear serves a purpose and furthers the song somehow…that’s all I’m sayin.’

“Trying Not To Fall” leans even harder on the vocals to make it all work…the guitars are ultimately more subdued & subtle than you’ll hear on the other songs by far here.  Now…in some cases, that’s probably gonna hurt a few bands or artists out there on their way out of a record – but not Tomorrow, When.  Once again proving that it’s likely the vocals setting them apart from the rest, the melody you’ll find here is as sincere as it is stunning to listen to.  To bring it all back around to the original quote I pulled at the beginning of this review where they mention being “just a couple of guys who play music” – this is the kind of chilled-out & natural sound that leaves you fully believing that statement to be true.  Don’t mistake that for zero-effort, we’d be talking about two completely different things – I’m talking about the sound of music that’s unforced…might very well be rehearsed a million times, who knows – but the end result, is that we flow right along with Tomorrow, When in the way they write & execute their tunes.   “Trying Not To Fall” will definitely evolve from where it starts too…just in case they’re drifting too far towards the quaint-side of sound for ya; they’ll give you a killer combination of gritty distortion in the music & gorgeous melody on the mic working in tandem perfectly in the finale of this song.  For as isolated & remote as a song like this initially appears, it becomes breathtakingly ambitious at the same time – like LISTEN to the INCREDIBLE explosion of harmonies around the 4:40 mark of this song if you need convincing…I’m cool if you jump to that spot in the song in advance so I can prove my point as long as you go back & listen to the rest later as well.  Because there’s a whole lot of charm in the sound of this tune you don’t wanna miss out on…there’s a whole dimension of poetically-insightful & emotionally-laden lyricism goin’ on here…and inviting tones from the guitars welcoming you in.  There’s complexity in their thoughts and a moving tune that translates strongly here – like, listen to the more subtle harmonies added in around the 2:20 mark too…it makes such a difference and takes a compelling song into captivating terrain.  They save the real fireworks for the end of “Trying Not To Fall,” but make no mistake, it’s stocked full of reasons to listen from start to finish, taking you from a marvelously sweet sound into a more expressive & edgy idea as it transitions through its final minutes.  Definitely the right way to go about it…it’s a glorious display of sound and certainly an ending that everyone will remember.

Find out more about Tomorrow, When from their official page at Facebook here:  https://www.facebook.com/twhenred2