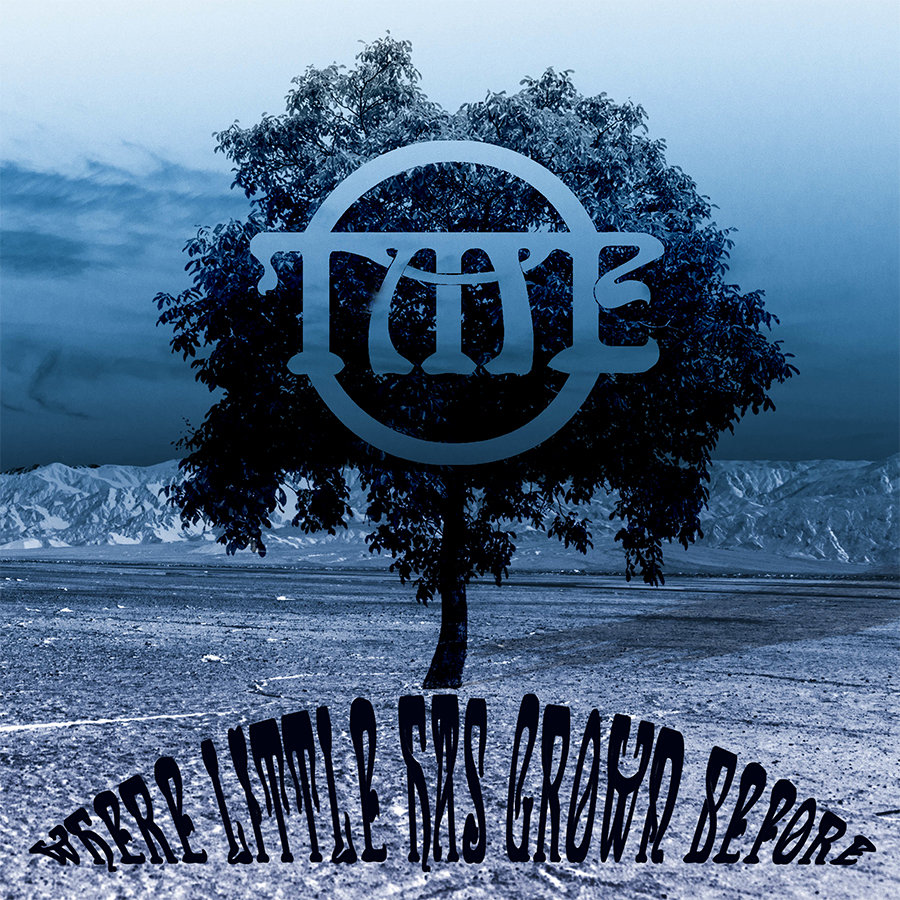 Tome – Where Little Has Grown Before – EP Review

It’s been about a year since we’ve visited with the music of Tome and what the band is up to…and wouldn’t you know it – they’re back with a brand-new record, Where Little Has Grown Before. It could just be my memory…but this new EP seems to really sound different from their last as far as I recollect. They’re still beasts…they’re still monsters of maximum-sounds…but my radar can’t be that far-off…it doesn’t tend to let me down that way all that often…so I’m going to have to back it up and assume that this new set of five tunes from Tome are in fact, that different/unique from their past music on their Nemesis EP.

So…well…there are lots of facets & factors that make up the music of Tome. The instrumentation continues to be incredible – this much I remember about Tome unmistakably; they’ve always slayed their instruments with precision, complexity and intense-sound & skill. Though there is no doubt in my mind that “Atlas” is certainly a bizarre choice as an opening tune…the music alone through its innovative instrumental sections will win you over. The vocals themselves are as twisted-up as the Hunchback of Notre Dame…there’s a grunge-creepiness to them…and set against the haunting riffs & tones of the guitars, this opening song ranges in moods from an evil one to a much brighter day when the additional keyboards come in and join the guitars, bass & drums in an interstellar-sounding jam. Far from the typically accessible…the complexity alone will make it more challenging for Tome to win-over the mainstream…but fans of the unique, creative and bizarre-sides of rock…you’ll be right there with’em on “Atlas.” It’s a strange one…but there’s no doubt about whether or not it catches your attention and “Atlas” hits some pretty strong grooves & skilful-solos on the way to its pounding-end.

Taking it to an even further-out plain-of-creativity, “The Quest” starts up in a prog-rock style of old…really melody to the music that possesses a classic-brightness, feel and atmosphere to it throughout nearly the entire first two-minutes before descending rapidly into a slow-psychedelic, heavy blues-rock influenced sound. Sounding bigger than ever as they rise up towards the third minute with storming authority…”The Quest” really takes you on one – sonically! Very interesting ideas happening even in the background – so listen close…there’s innovation everywhere…and the solos that grace “The Quest” have the meatiest, richest tones you could ask for. Taking that classic-rock vibe in the subtext into a romp like Heart used to jam on…the chopped-guitar sounds bring the ending home as the track takes on yet another life, another direction and a fully-different sound before they head back once again to the syrup-thick slow blues-rock riff. It’s dark…the vocals are energetic, creative…there’s nearly nothing typical about the approach or style, but it certainly fits “The Quest” and the high energy & ambition of the song-writing.

As “Hole In The Woods” started-up…I really began to feel like the unsung hero of Tome is one that definitely resides right around the keyboards…perhaps especially on Where Little Has Grown Before in comparison to the past. In this song particularly, the parts are exceptional, more pronounced than previously on this record…but also as the song began, I really noticed just how much I’ve noticed them filling in the background throughout this EP with spectacular ideas and clever sounds. “Hole In The Woods” have a few spots that go over-top of the capabilities of the vocals, you can hear them crack-out in a few places as they head towards the ceiling of his range…but even that I found kind of gave it all another interesting dimension. Reminded me of the crunch, stomp & authoritative-approach that King’s X takes into their music…excellent guitars, big drums & swelling bass-lines…but it’s those KEYS man…that’s what makes “Hole In The Woods” stand out to me…awesome work, great ending to a killer grind on another winding-epic from Tome.

It’s not officially released yet as far as I can see…but there IS a video for the next tune on their new record called “The Scourge.” Alright…so…anyhow…how do I put this…cause I’ve seen it and YOU haven’t yet (na na nana) and I don’t want to give it ALL away… The video to me, is a complete example of freakin air-tight when it comes to visuals and music together! Seriously…I don’t know if I can remember Tome ever sounding better than they do on “The Scourge” – and now they’ve got a killer set of visuals to go with it? LOOK OUT! Absolutely KILLER guitar-riff leads the way through this cut, the keyboards add additional freakouts of melody-meets-mayhem and the energy of this song NEVER stops moving for even a moment. Again…to me…that’s one hell of a video they’ve attached to this track…I think that Tome has absolutely nailed every inch of everything to do with “The Scourge” – that is one stunning, powerful and perfect instrumental-rock song. Can’t wait for you to see it when they release it officially!  For now – watch & listen to this promo for the new record!

Where Little Has Grown Before heads into its final-track with “Visions Of The Past” – which is certainly another qualified-epic in the Tome catalogue. At eight-plus minutes, this song has more lives than the reincarnated…sprawling guitar-lines and solid, rhythmic-meets-psychedelic sounds that retain that classic-rock/prog-rock feel to it. It’s a tough-mother to get your mind fully-around…the beats are purposely off-time at points, leading your brain to go left when it expects to go right. “Visions Of The Past” sounds like the kind of haunted carnival that would have a grown-ass man looking around for the safety of holding his mother’s hand.

Creative, unique…skilled…adventurous…there are a lot of ways to describe Tome…but I think I’d settle on ‘different’ if I had to choose just one. Different can be a GREAT thing – it’s indifference that sucks…and I don’t feel indifferent about any of the material on this new record. Every song possesses a unique vibe & atmosphere…a lot of ideas, and a lot of skill…all creatively assembled into captivating and hypnotic-rhythms & grooves that definitely grab your attention.

Find out more about Tome and have a listen right here: https://tomemusic.bandcamp.com

Tags: EP sleepingbagstudios Tome Where Little Has Grown Before