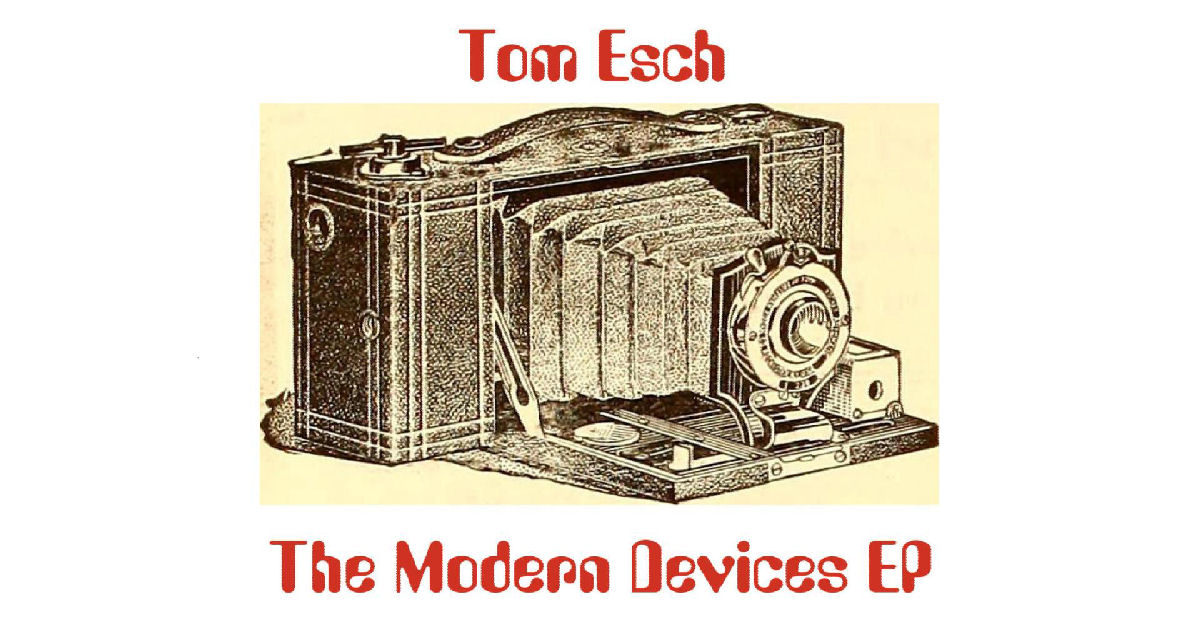 Dudes.  Tom’s been freakin’ hiding in the corners and shadows of music for damn near twenty-five years or more, playing in different bands & projects.  If you end up as stoked on this gritty indie/alternative cut as I am, you’ll likely be just as thankful that this guy decided to jump into the spotlight and put his own music out there into the world, unfiltered.  Tom Esch has real badass energy on “I Just Can’t Believe It’s True” – and he’s got all the hallmarks of that classic Seattle alt/pop artist that knows exactly how to infuse the intense crunch of his music with melody that sincerely hits the mark & sounds genuinely real.

Like a fusion of Ben Folds inclinations in the songwriting & the lighter-side of something more rock like Foo Fighters in the music & vocals, you can hear the 90’s influence on Tom’s music without question.  That’s certainly on my own timeline, and the identifiable mix of bliss-meets-angst that made the push/pull of the savagely emotional, honest, & thrashing sounds of that whole era come roaring back to life on this cut from The Modern Devices EP.  Does it make me want to listen to more from Tom Esch?  Hells YES it does – this single plays like the encore or finale of a kickass live show…I really dig what I’m hearing from this guy on “I Just Can’t Believe It’s True.”

Well crafted & played throughout, Tom wisely starts this single out with the hooks on full display, bringing out the chorus to start at the very first millisecond you hear.  Using the classic elements in the writing that made the 90’s so memorable like the loud/quiet effect in the shift between the verse & chorus of this tune, the tangible emotion in the vocals & clever lyricism, the passionate music that always sounds like it could go overboard at any moment but always somehow keeps the energy in-check.  And I’ll be damned if there isn’t a guitar solo on “I Just Can’t Believe It’s True” that wouldn’t make J Mascis proud with its Dinosaur Jr.-esque tones soaring into the mix.  You get that hint of Grohl in Tom’s vocals, especially when he lets a bit of the extra rasp ring through his delivery in the chorus, but also when he’s at his most delicate in the melody that resides in the verses of this song.  Just alt/indie enough to be close enough to something like Band Of Horses as well…I mean, I feel like I could probably talk music with Tom Esch all day long and never get bored; I hear so much of what made the 90’s unforgettable in his style & approach, I’m sure we dig a ton of the same bands and influences on his sound.  Shout-out to Bill Majetic as well…can’t forget this guy back there on the throne pounding it out on the drums.  He’s dialed right in to this cut and knows exactly when to add the punch or head towards the background when the melody needs time to shine up-front.  The tone on the vocals is gripping in my opinion…I think Tom does a completely solid job of keeping it real, gritty, and unpolished to perfection…he’s more than capable as a singer and he comes through the mix sounding outstanding – rounding out any more corners on what naturally occurs as he sings would have been a mistake and one he’s done really well to avoid.  At its core – “I Just Can’t Believe It’s True” IS a damn rock song of some sorts…whether you want to call it indie, grunge-pop-alterna-whatever, it doesn’t matter – the point is that those vocals SHOULD have some edge to match the chip on the shoulder of the attitude in the lyrics and the snarling bite of distortion-fueled riffs of the guitars in the music – and this song has ALL that!

Ahhh Seattle…my home away from home.  How I continually love the music your inspiring city has managed to house, create, and encourage throughout the years.  You can definitely add Tom Esch to that list – “I Just Can’t Believe It’s True” was massively satisfying to listen to, relevant for today’s music and still boldly able to translate a powerfully nostalgic 90’s vibe strongly through the songwriting & sound.  Enthusiastic thumbs-up to this cut from beginning to end and no complaints from me.  Though it might have taken many years for Tom to jump into music’s main spotlight – a single & sound as right & tight as you’ll find on “I Just Can’t Believe It’s True” is complete confirmation that he belongs there.

Find out more about Tom Esch at Facebook:  https://www.facebook.com/tomeschmusic/