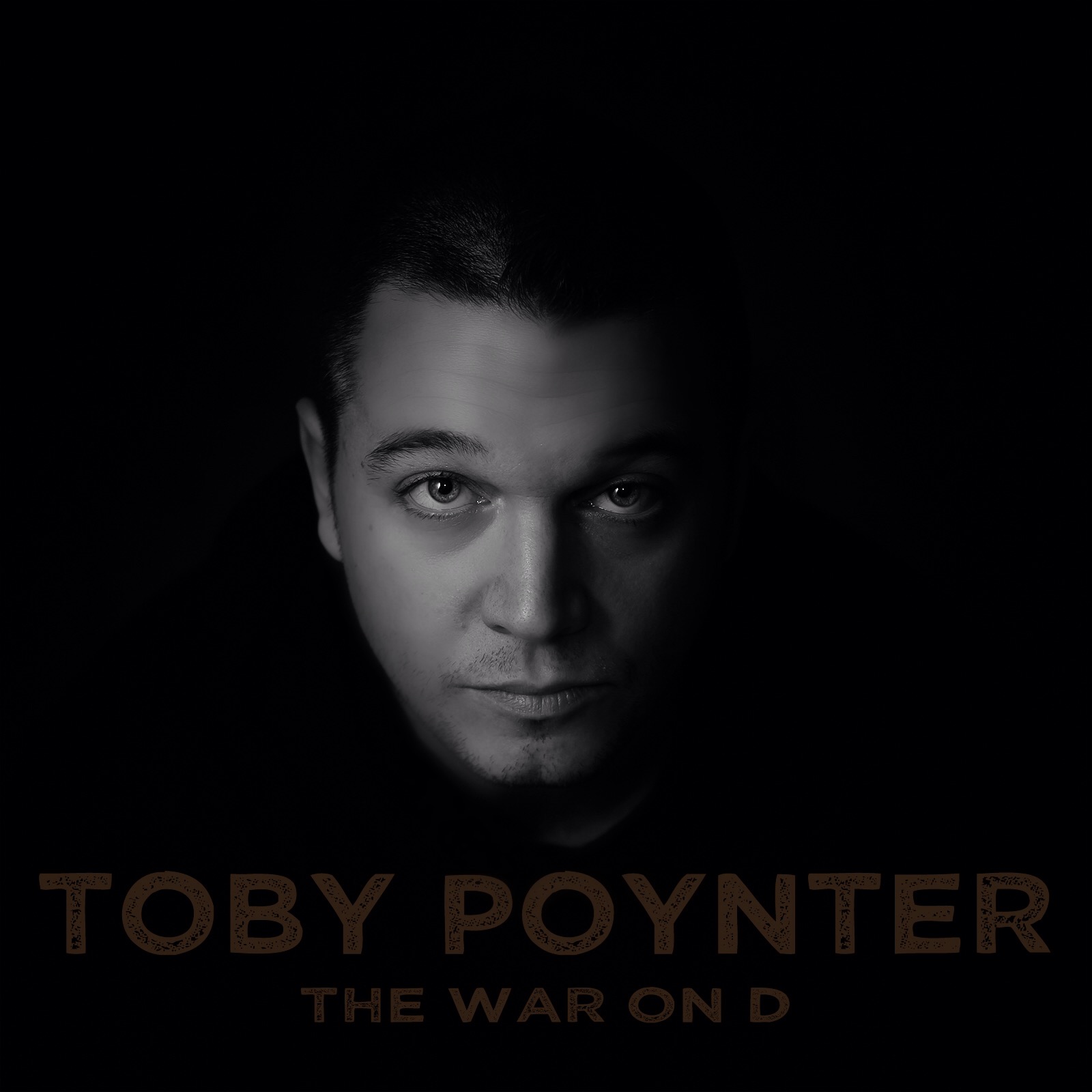 This man is on a serious roll right now.

After checking out his singles “A New Beginning” and “The Comeback” at the end of 2016, I was already convinced that singer/songwriter Toby Poynter had a verifiable future you could hear in his music.  Confirming my assumptions, he released the brilliant single “Melancholia” right around the corner at the beginning of 2017, starting the year off with a genuinely authentic & slow-burning melody that seriously hit home.  Hearing him knock it out of the park once again with his latest song “The War On D” kinda takes the luck-factor out of the equation doesn’t it?  Pretty sure luck has nothing to do with the hooks he’s creating; Toby Poynter gets what real lasting & memorable songwriting is all about.

With “The War On D” you’ll hear the range & versatility of Poynter’s vocals from an isolated-meets-fragile approach in the verse that has grit like an Eddie Vedder tune…but also listen to the way that Toby opens-up into the chorus of this single and you’ll hear that powerful, all-encompassing atmosphere & melody combination you might expect from Daughtry…or like, Fuel back when they were still writing great tunes & ballads that carried real weight.  “The War On D” continues to keep enough of a chip on its shoulder and edge to its sound that to me it’s still undeniably an alternative-style true…but very much still a chilled-out combination of slow-intensity – an environment that Poynter thrives in.

In terms of structure and evolution in a song, this one rules supreme!  I mean…what’s better than one chorus?  How about two?  You can examine this one piece by piece as it plays and hear identifiable, memorable hooks in each and every part.  The main appeal of the verse, in my opinion, all stems from the low-key & gritty way that Toby sings it – the dude’s got tons of expression and emotion in his voice that really pull you in to listen closely to the words, which also completely fit the energy of the song.  “The War On D” starts out with a slow-churn of melancholy melody and jumps into the captivating approach that Poynter’s taken to the vocals…I think people will connect to the lyrics for the most-part, but even more so, they’ll feel the words resonate inside themselves from the way he sings them.  It shifts into higher-demands on his range and power as it heads into what could easily have been the chorus for the entire song – but the expressive observations melt right into a blissful melody that takes the entire song to another level.  You have to admire this kind of writing truly for what it is – Poynter gets the maximum out of this song because he took the time to really explore every avenue and direction it potentially offered.  The results are right there in the stunning movement and transitions of this track; every part has massive strengths in the writing and it all flows together perfectly.  Breaking through the melancholy-nature of the energy of the verse slowly with chorus-1 and then right through to the other side with the even more stunning chorus-2 – he’s written a song like a story unfolds in chapters that reveal themselves like a mystery novel or heavy drama.

Mood & atmosphere definitely play a role in a songwriter’s life…and that means really finding that match between the energy in the music and what we’re singing about overtop.  Toby strikes a bold balance on “The War On D” that again highlights his entire understanding of what makes a song really work…it might not exactly be the happiest tune you’ll hear this year…but the honesty in his writing and intentions in the narrative are both subtly uplifting and hopeful.  Beneath the surface of what sounds like personal doom & gloom…it almost sounds like a genuine apology, or an explanation of his thinking…  It’s always hard to know exactly what any artist or band might be thinking overall – but what you CAN hear every time (or should!) is that connection to the lyrics, expression and mood of the song; this is again where Toby truly shines and excels – you don’t just hear his connection to his words, you feel it.

I came into this world growing-up in a time full of questioning-lyricism and emotionally-insightful music from the explosive sounds and melodies from the grunge-era…I feel like Toby Poynter would have definitely fit right into that time in music’s history.  That being said…there’s really something magical about the way he approaches his material and writes his songs that really echoes some of the best ideas, intentions and sentiments from that era…and I latch right onto it every time.  So while the grunge days themselves might be long-over by now…I also know that if I’m feeling that itch being scratched by the grit, edge & growl in Poynter’s tones that I wouldn’t be the only one.  I think as listeners we all truly crave what sounds REAL – and without a doubt, what you’ll hear from Toby Poynter sounds intensely real at all times.  I think he’s got another seriously strong tune with his new single.

Tune into the SBS Podcast later on today – you’ll hear “The War On D” in the lineup of tonight’s episode and I’ll tell you few more of my thoughts on Toby & his new single.  For now, find out more about Toby Poynter at his official page at Facebook:  https://www.facebook.com/TobyPoynterartist