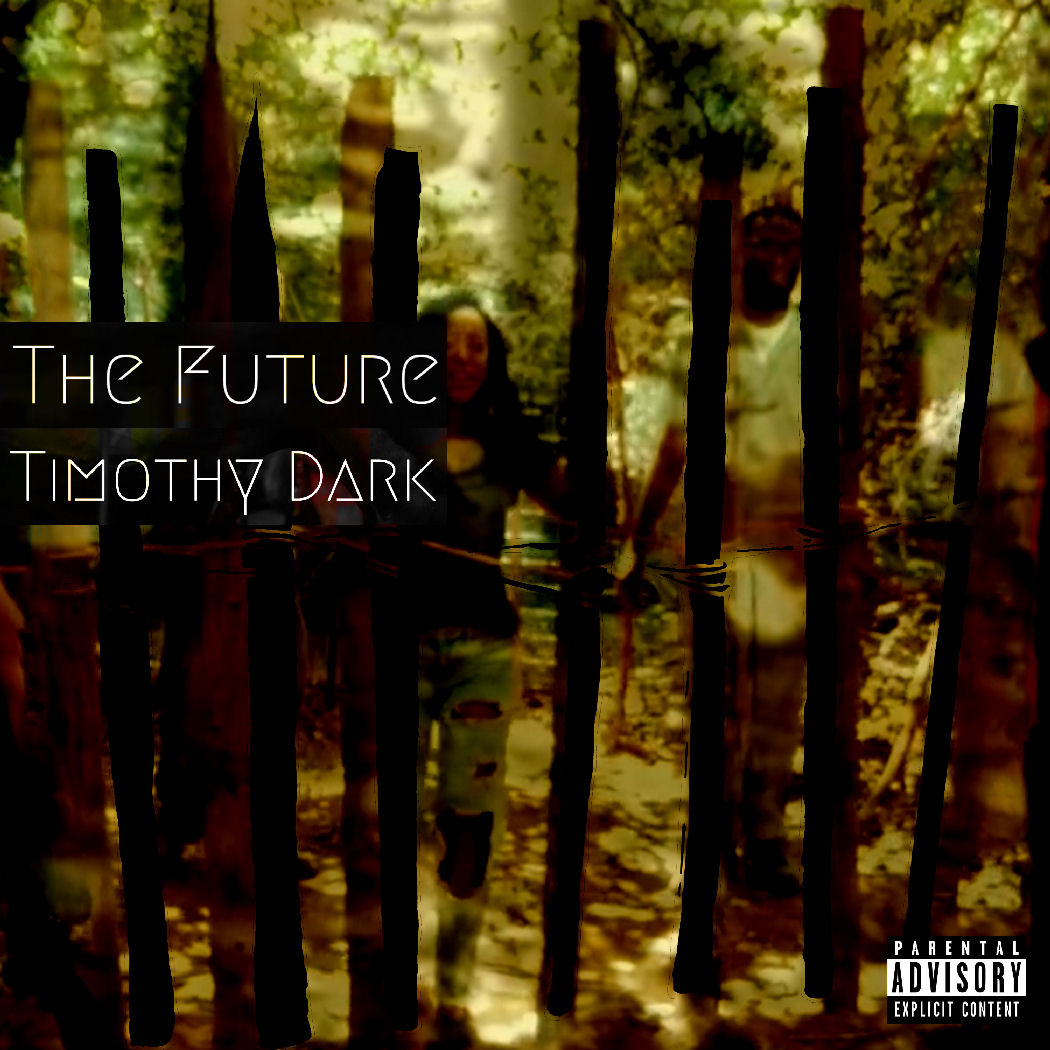 Welcome to “The Future” homies…cause as I’m sure Timothy Dark would agree, we’re pretty much there already.  There is an extremely fine line that exists between “The Future” presented to us onscreen through Dark’s new video and the reality we’re living in today – and if anything is going to make the looming possibilities impossible, it’s the courage of the people willing to rise up when they’re needed most.  Rapper Timothy Dark is clearly one of those people ready to take a stand and fight for social justice through his art & music, all in effort to create awareness, educate the people and hopefully, avoid what seems to be an inevitable & irreversible tragedy taking over the human race.

The video for “The Future” is nearly a mini-movie all on its own…hopefully fictional…time will tell.  The work has truly been put in here though – you can actually catch an entire documentary on the making-of “The Future” online as well, which I highly recommend you do because it’ll fill you in on some really incredible details about how this all came together and you’ll see how it’s all filmed behind the scenes as well as get the direct perspective on what it’s all about from the main-star of the show, Timothy Dark.  What you’ll see in the video is certainly an all-too-real possibility though…and we have to be vigilant as people, together, to ensure that “The Future” does not become what we know as our everyday life.

Powerful stuff though…and impossible not to understand the points being made by Dark in both the video and the music he’s created for “The Future.”  It’s as anti-Trump as it gets…which as I mentioned on the SBS Podcast earlier this week, hopefully ALL of my readership, is as well.  As much as it continually bothers me that so many brilliant artists and bands out there right now are putting out material that deals with idiot #45 as a result of being bombarded with his stupidity daily – I’m also extremely aware of just how important it is that people like big Tim D are speaking up right here, right now.  If we don’t…we may as well be ready to form our own cages and lock ourselves in.  You’ll see this play out in the video in multiple ways…and I suppose the reality we’re facing currently is that even if we DO speak up, stand up, raise a fist, take a knee…whatever it is we do or how we go about doing it, the powers of oppression are extremely strong…we’re still facing “The Future” as a complete possibility.

Unless we find ourselves inspired by art.  Unless we find ourselves willing to fight for what we believe in.  Unless we find ourselves ready to go the distance to force a change in the current administration and restore a sense of decency in the world, and to each other.  There is a tremendous amount at stake here – and it’s because of that, artists like Timothy Dark are speaking their mind and ready to lead the way by example.  Because unless we find ourselves ready to commit to this battle and take back our humanity, we could truly all be doomed.  It’s the sheer fact that people like Timothy Dark are so willing to step up that fills me with a hope that all is not yet lost & that there’s more than a chance for us to win it all back.  You can hear in the confident way this guy spits his lyrics that there’s a sense of urgency in the rasp & venom of his tone…a warning…a cautionary tale of what’s surely to come if we don’t take action NOW.

I completely salute this effort from Timothy Dark.  By now you’ve heard me on our podcast and on our show SBS Live This Week ranting and raving about this…because I truly think it’s important that you see & hear “The Future” by Timothy Dark and really think about whether or not this is the way you want things to be.  Watch the video for yourself – I can guarantee you don’t want this to be “The Future” – but the only way that’ll change, is if WE THE PEOPLE, change it.

The time to act is NOW if we want to live together in a world we can be proud of in “The Future” – Timothy Dark knows it and deep down, you know it too.

Find out more about Timothy Dark at his official pages below!