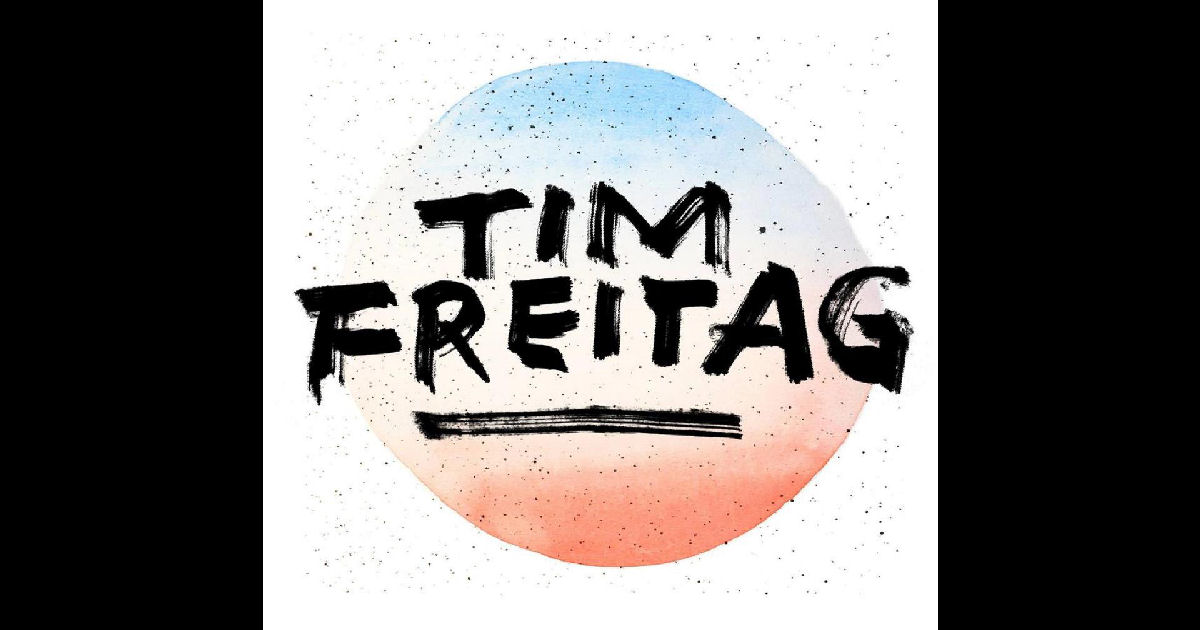 HUGE song & video the band Tim Freitag, I think people are going to really connect with what they’ve done on their new single “Bruises.”  In a world where we’re all constantly searching for something real to hang on to, the emotionally-powerful and sincere sound of lead-singer Janick Pfenninger’s vocals on “Bruises” puts that raw connection to the lyrics on display with a professional’s approach.  He might have been a graduate from a master-class in singing put on by Bono…you can hear the similarities and influence there for sure in Janick’s own style…but let’s also face facts, U2’s singer is one of the world’s most celebrated & renowned voices in rock & roll history – if that’s the kind of company that he and the rest of the incredible players in Tim Freitag are keeping, so be it!

Ultimately, as good as ANY of the tight performances that are put in by the band collectively to form the music in “Bruises” are, the songwriting and structure of this single were so expertly crafted that I felt like these attributes of Tim Freitag’s new song deserved just as much credit.  You can hear that bold personal connection to the words…Janick has put himself right into this one and pulls a stunning performance out of himself as a result.  That’s where the structure comes into play; this song evolves, expands and grows with a beautifully empowering and emotional intensity that continually raises the stakes and the song itself to soaring new heights of an insightful mix of drama and pure audio entertainment.  “Bruises” should pull at your heartstrings as you listen and as you watch the video…some of you out there, might find a lot of what you see & hear incredibly relatable & familiar and you’ll find that comfort you seek and the strength to move on through a song like this.  Which is where it all circles back to that inspired performance on the mic, and the success of the song absolutely depending on Janick establishing a connection to the words to make them REAL for us – something I think everyone could agree he certainly does in this performance.

Any doubters WILL be silenced once you hear the powerful way that Tim Freitag nails the chorus on “Bruises.”

Complete with a perfect video to help bring additional meaning to the words onscreen through extremely well-shot & edited footage that takes you on a personal journey – this entire band has got themselves an all-around winner with “Bruises.”  Audio or video – you can’t lose here…Janick’s got an incredible voice and a genius level of control over it on “Bruises,” and I honestly felt like the emotionally-gripping way that the video’s storyline plays out with the song was a perfect match.  Special shout out to actress Rosanna Ruo for the amazing performance she puts into this video as we watch her move from scene to scene on the journey throughout “Bruises” – the amount of expression in her eyes and demeanor tells you that she also found that strong connection to the material and allowed it to guide her perfectly throughout the visuals onscreen.  The band of course, deserve just as much credit, each player brings their undeniable A-game to “Bruises,” with Lorenzo Demenga (Drums), Severin Graf (Bass), Nicolas Rüttimann (Guitar) and Daniel Gisler all putting in noteworthy performances that lead Tim Freitag to the incredible results and magic their new single possesses.

Ultimately “Bruises” is a song about people just like we are…and it’s that relatable thread that makes this song resonate so strongly inside us.  LIFE gives us all “Bruises” – but as Tim Freitag will remind you through the strong, inspired performance they put in, “Bruises” also heal…even emotional ones.  We might carry the memory of them around with us perhaps, but ultimately, once healed, we’re all better for the experience…and I think you can hear in the powerful tones from their vocals in the empowering chorus of his new single and the emotional depth of the video onscreen that everything eventually works out for the best.  Stellar track from Tim Freitag and killer job by all involved with “Bruises” – it has all the hooks & heart of a real hit song that the masses out there are sure to love.

Find out more about Tim Freitag at the official pages below!