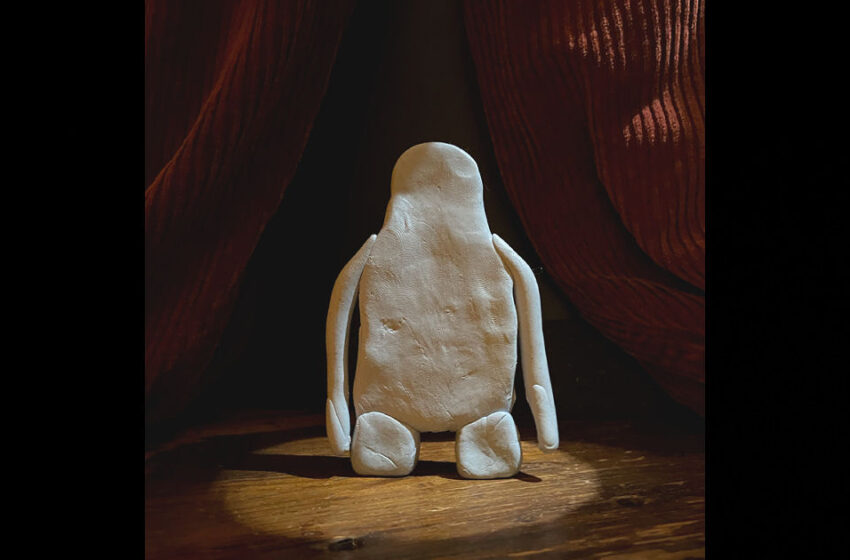 Hot off the press!  Released today!  You know we got our tickets to the front row of the Thelma Ball show and verifiable dibs on listening to anything & everything they put out the very moment it comes out.  It only cost me my first born to secure the rights…silly band lol…read the fine print.  Like I wanna raise another entity other than myself for the next eighteen some-odd years.  Right.  Good luck boys!

As far as I know…I think my catalog’s up to-date now after recently harvesting the old cuts of Thelma Ball from the recent Bandcamp Friday specials.  I’d have to double-check of course, but I’m pretty damn positive that a hunt through these archives of mine now houses everything these chaps have been willing to release to the public so far.  Why am I tellin’ ya this when I’m here to talk about their brand-new single “Start A Fight,” you ask?  Relevance of course!  Context!  Honesty.  There are some reviews that I write up in this place of ours upon the internet where it’s best to be upfront – I’m a genuine fan of Thelma Ball and I’ve never made even the slightest attempt to hide it from any of ya reading.  Chances are, if you’ve been listening along with me throughout the years, you feel exactly the same as I do.  So there ya go, cards are all out on the table & shown now – it never taints my objectivity as a reviewer & critic; knowing people any better than mere strangers usually makes me more critical in fact, not less.

Because once I know what you’re really capable of as a human being, artist, or musician…watch the fuck out; I will constantly hold you to that standard forever until the end of time.  Don’t get caught slippin.’

That’s part of why I’m tellin’ ya all this stuff – Thelma Ball has proven consistency and a genuine recipe of their own for success.  That’s one heck of a combo as time marches on; not only do they have their own signature & unmistakable sound, but they also tend to write really, really, really damn good tunes!  In fact, as far as I’ve managed to learn about’em so far, they always have – they just have better “Toys” to use at their disposal and more know-how on how to make’em work to their advantage now is all – but it’s clear from their earliest material that this band has actually always written exceptional stuff.  Even the production…arguably that gets better as they evolve and expand over time as well, and that’s clear enough from what you’ll hear in their music today – yet still, as a band with a dedicated lo-fi approach to Indie-Rock, when you go backwards to hear it all a little less polished, you’ll find it still fits.

Essentially, they’ve got a very interesting style of sound to develop and engineer, and a really fine line to walk quite frankly…too flashy & produced and they’ll lose that raw spark they’ve got…not enough sparkle in the production and you’re bound to have to battle for the attention of the masses out there.  As I’ve said many times & will continue to – give Thelma Ball real credit for their reliable awesomeness.  Somehow, they know right where that line seems to exist, and they seem to thrive on threading this seemingly impossible needle, finding new ways to innovate their own defined sound & keep us engaged.  It’s no small accomplishment by any stretch of the imagination – and they continue to impress with their brand-new single “Start A Fight,” which, give or take a few hours in between the time-zones of wherever they’re at in the UK over there to where I am here in their tiny colony of Canada, should be out NOW!

Drop the balloons!  Piss in a fountain!  “Start A Fight” with an all-too-friendly team mascot, or punch a breakfast muffin straight in the raisins – I don’t care HOW you choose to go about exercising your rights to celebrate the release of a new tune by Thelma Ball – just know that I’m joining you in spirit, always.

Especially this time around.  I feel like I say this every damn time when it comes to this band, but this is by far & away one of their best tunes to-date, is it not?  I could air-punch my way through an entire battalion of imaginary foes with how fired-up “Start A Fight” gets me goin’ – and I’m a pacifist at heart!  Thelma Ball is out to crush all 2:42 of this track, and they don’t spare a single second in their conquest.

Specifically, when it comes to the lyricism, I think they’ve yet again stumbled their way into some of their best here, as they navigate the push/pull of confusion & self-doubt & questions of all kinds.  Beyond the words themselves, you’ll both see in looking at them on paper, and certainly hear in the way their expressed through the vocals, that they have that natural rhythmic bounce that’s designed to catch the ears.  Prepare thyselves to be snared, because it works…and it works so much faster than you might even realize.  There’s about a split second in between liking “Start A Fight” and then subsequently NEEDING it shortly afterwards and continuing to crave it fortnightly.  That’s right, I said it, fortnightly.  Listen to the guitars on this cut or the spectacularly bold rumble of the bass!  C’mon now, I ain’t gonna be alone in feeling how I feel about this single and how awesome this experience becomes even more over time.

Because I ain’t gonna lie…this one DID actually take me a spin through it to be completely sure.  In my world, that’s actually a great indication of something that’s gonna last & make an impression on the people out there.  I can think of so many bands I love that challenged my ears to accept something new for a second or two…that’s never a bad thing in my books, it means something different is happening, and it takes a second to tune into it.  An easy to absorb track is one thing, and sure quite often it’s a great thing – and in many ways, that’s exactly what this thing right here IS in this new single by Thelma Ball – but there’s also a uniqueness in what’s likely the main hook of “Start A Fight” that takes a moment to think about, process, and accept.  Listening to the vocals scale themselves up through the main hook…at first, I was honestly a little unsure if that was gonna do it for me when it came time to repeat this tune, or how that next spin would go.  And then it happened, instantly – addiction set in immediately on that next spin, and it was probably after the following fifteen times of listening to this tune in a row at maximum volume and LOVING LIFE, that I had to laugh at myself for ever being foolish enough to question the instincts of Thelma Ball for even a solitary moment.  I’ve fallen into that trap before – and specifically, with this very band, and it STILL haunts me to this day!  It’s the consequence of listening to a ton of music, always, and so damn quickly all the time in the process of hearing something and then being straight onto the next something right away – sometimes you hear a song like “Shy & Unappealing” and a guy like me THINKS he got it as right as possible at the time of writing an article, only to go on to discover later on that I massively underestimated just how badass a song like that really was.  It’s in a different gear than “Start A Fight” for sure…I’m only making this comparison simply based on the fact that I could have underestimated the lasting power of this tune at first if I wasn’t being more careful to watch out for that when it comes to Thelma Ball.  No matter how much you think you like it at first, believe me, every one of their songs will grow on you exponentially from there – ANY of them.  When it comes to “Start A Fight,” I was seriously blown away at just how instantly the effect of Thelma Ball takes hold on ya and how fast…I swear I started writing this, must have fallen asleep at my desk here, and woke up craving this song before I even hit up my coffee machine.  That NEVER happens.

But every time you get to that forty-five second mark and these dudes start into that killer chorus, which undeniably works and works brilliantly…takes a spin to make sense of it all perhaps, but after that it’s nothing but smooth sailing, looking forward to that moment, and the absolutely amazing sonic stockpile of crunch that comes along right after they’re through it.  It’d be damn near impossible not to feel the energy they’re pouring through their amplifiers here…even harder to not be completely addicted to it, very shortly afterwards.  When you hear the way they burst open into the instrumental sections of this cut, you’ll realize it’s just about the most MASSIVE moment anything-Rock has heard this side of “Song” by Blur back in the day…but unlike that stellar slice of audible confectionary, something like “Start A Fight” is bound to hold up strong over time without becoming any kind of parody of itself in the process.  Of course, it’s played through the perspective & inherently lo-fidelity coolness of Thelma Ball, so like, yeah it happens, “Start A Fight” does unquestionably hit that spectacular next-level, part after part as you listen, continually revealing more reasons to keep turning this up…but we’re just like, you know, not all supposed to draw a whole lot of attention to it.  You don’t wanna disturb the mindset, music, or approach that Thelma Ball is taking by moving in too quickly & startling them in their natural habitat…but don’t be afraid to join right in on the chaos, mayhem, and melody when they give ya the nod & hit the switch either.  In particular, when it comes to “Start A Fight,” as much as I LOVE the vocals in this band, and always have – listening to that final line come out ROARING with that extra edge & surging with supreme energy like it does…it’s a seriously magical moment that’ll tell your ears Thelma Ball feels this track just as much as we do when we listen…it’s a highlight moment not just on this song, but in their catalog.  By the time they reach that conclusion around the 2:15-mark, they’re red-hot like a fireball, the last piece holding the dam breaks, and that energy flows out through your speakers all over the place, surrounding you in all the right ways.  They might FEEL dysfunctional, but I’ll be damned if they sound anything like it – Thelma Ball has got their shit together, and they hold nothing back in the badass raging groove they’ve latched onto in “Start A Fight” – you’re gonna freakin’ love this single.

Find out more about Thelma Ball from the official Facebook page at:  https://www.facebook.com/ThelmaBallThelmaBall