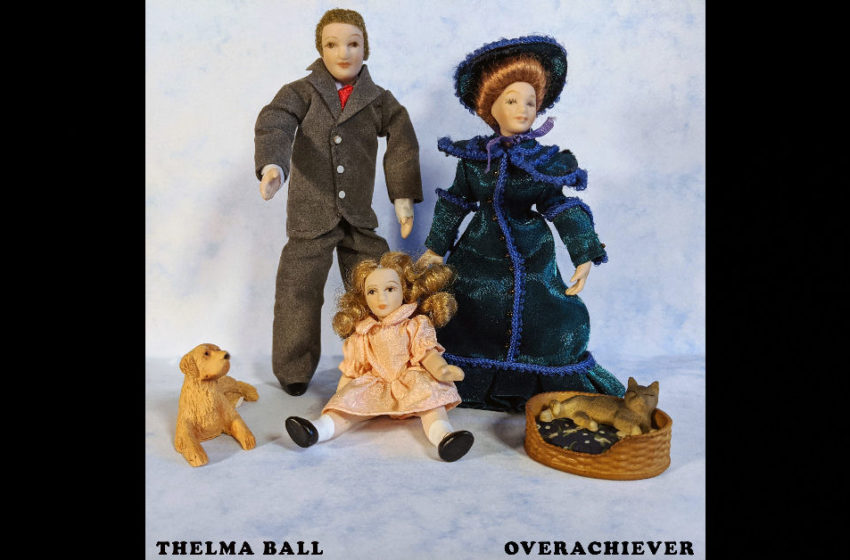 I don’t think anyone really knows what this is…yet.

Let me explain.  Obviously Thelma Ball is making kickass Alt-Rock – that’s not in dispute – I’m talking more about the big picture when it comes to this band.  Perhaps I should have said, I don’t think anyone really knows just how much extraordinary potential exists in this band…maybe not even themselves.

That big picture is coming into focus more & more every day, and every time I hear new music from Thelma Ball, I feel like they continue to confirm they’re ahead of the game with a real trend-setting sound of their own.

Here’s the thing…you wanna know exactly WHY I think so highly of this band already?  OK then – I’ll tell ya!  Look…I’m somewhere in the neighborhood of 2000+ reviews & well-past the point of keeping an accurate tab of just how much music I’ve listened to in this lifetime; in the background of doing all this, if I’m being truthful – I’m also getting older than dirt at the same time, can you believe that?  Alright…maybe I’m only turning 40 this month…but you get the point…it can be seriously tough to remember any band or artist’s name after even a short amount of time away, given that my playlist is always stocked full of brand-new stuff to listen to.  I hear it, I write about it, and in 99% of the cases, I probably move on to the next…not always by choice even, it’s just the nature of the game I’m playing. 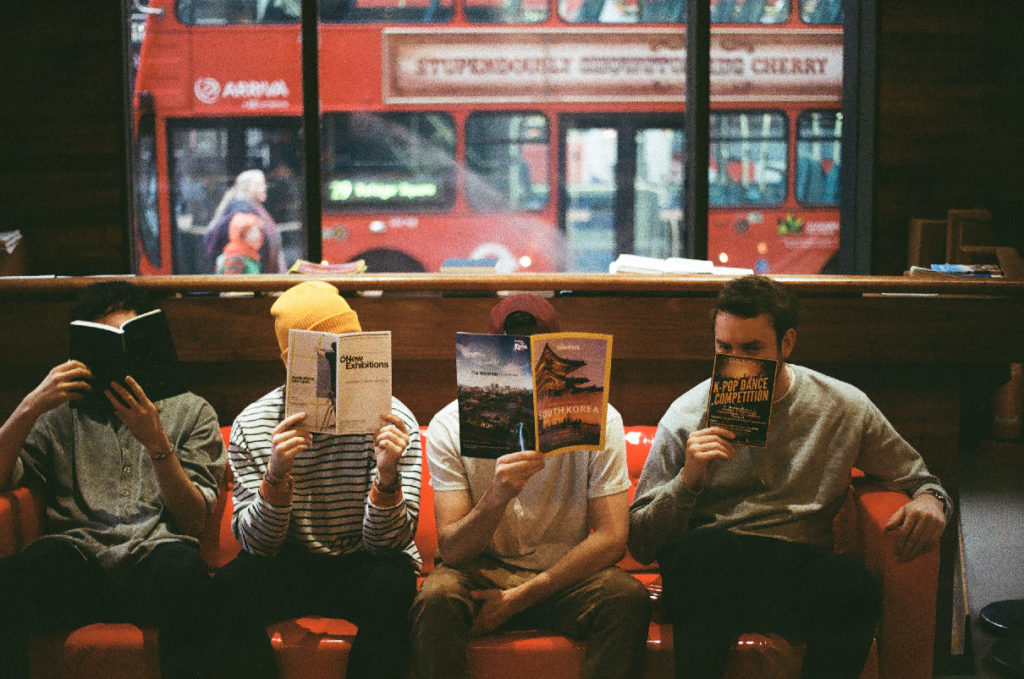 But what if I told you, that ever since hearing their first TWO singles I reviewed by this band called “I Could Be Happy” and “Shy & Unappealing” back in 2019, that I not only remember the name Thelma Ball, but I could damn near recall every word of those songs still to this day now.  THAT…is the kind of impact they’re making already folks…it’s been months between tunes, and no matter how much music I play in between the last time & the next, these songs by Thelma Ball completely stick with me, every time, and for forever it seems.  I’m definitely not complaining…having one of their cuts stuck in your head for days on end will be one of the best problems you’ll ever experience in life, I can promise ya that.  C’mon though people – you get what I’m driving at here…Thelma Ball is onto something extremely strong and they’re executing on a professional level that seems like they’ve been vets of the music-scene for decades, when in reality, they’re really only been around for a very short amount of time relatively to this point.  So ALL I’ve been saying from the moment I started typing all this stuff, is that NONE of us really know just how far these guys could go or just how much MORE magic they’ll continue to stumble onto in the future.

If they keep cracking the bat with this incredible average, they stand a chance to change the entire game one day – that’s the kind of extraordinary, other-worldly, & straight-up superhuman potential they have. 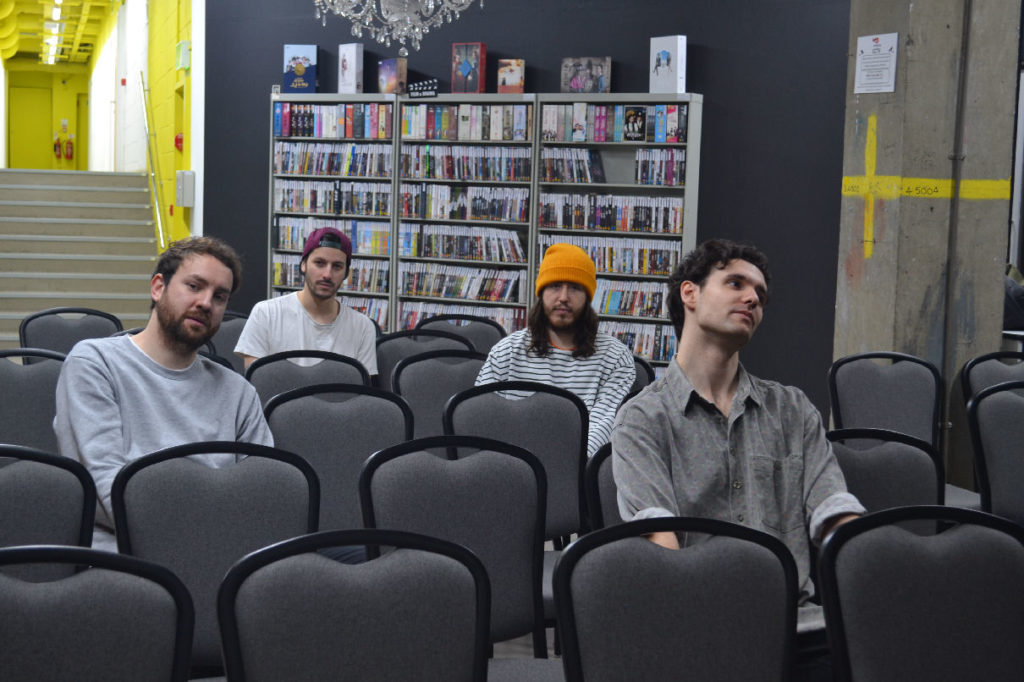 To hear Thelma Ball crush it once again with their new single “Overachiever,” was no surprise to me – as much as I try not to have expectations of any artist or band out there, my ears & my gut both have told me numerous times that this band is not one that’s ever going to let me down.  The amount style, swagger, and true GRIT that Thelma Ball packs into their material is beyond cool; “Overachiever” is another shining example of how their combination of blissful hooks & sweet distortion could set the freakin’ playlists on fire out there…I could crank this fucking tune up all damn day & never get tired of it.

Literally & audibly, EVERYTHING works.  I love the way the vocals are recorded, I love the way they sound; there’s just a HINT of grittiness at the edge of the melody & the way the dude sings that is just pure freakin’ MAGIC people.  They’re so new to the scene still at this point in their career that I have absolutely no idea who in the band exactly does what, but for real, there’s not a single weak-point anywhere near Thelma Ball and every one of them deserves a serious shout-out for the effort they put into their music.  That includes Michael Evling-White, Liam Lovegrove, Jamie Howard, and Rob Delmonte for the record – these boys can PLAY…there’s no mistaking pure passion, excitement, and enthusiasm when you hear it.  Wanna know why that is?  It’s because it ends up sounding balanced, and unified.  I’d bet my house that all four dudes in this band are equally stoked about the music they’re making right now.  I’m tellin’ ya…it’s something you can genuinely hear…everyone is present and fully invested in the pursuit of putting out the best quality cuts they can…whatever their motivation is, it’s working 100%.  I could pick this apart piece by piece as I listened, and no matter where my ears turned their attention to next, it revealed another kickass piece of this puzzle.  That bass?  C’mon now folks…that’s WICKED…the rhythm-section in general is firing off at an all-star level throughout “Overachiever” – the drums deserve just as much credit for keeping the sound as intense & crisp, controlled & hard-hitting as it is.  And then you factor that in with the already aforementioned amazing vocals that Thelma Ball are armed with – along with what’s arguably the main ingredient on “Overachiever” with the all-out BRILLIANT guitar work you’ll find on this cut…and you kinda gotta give it up to these guys – there’s no way to resist this. 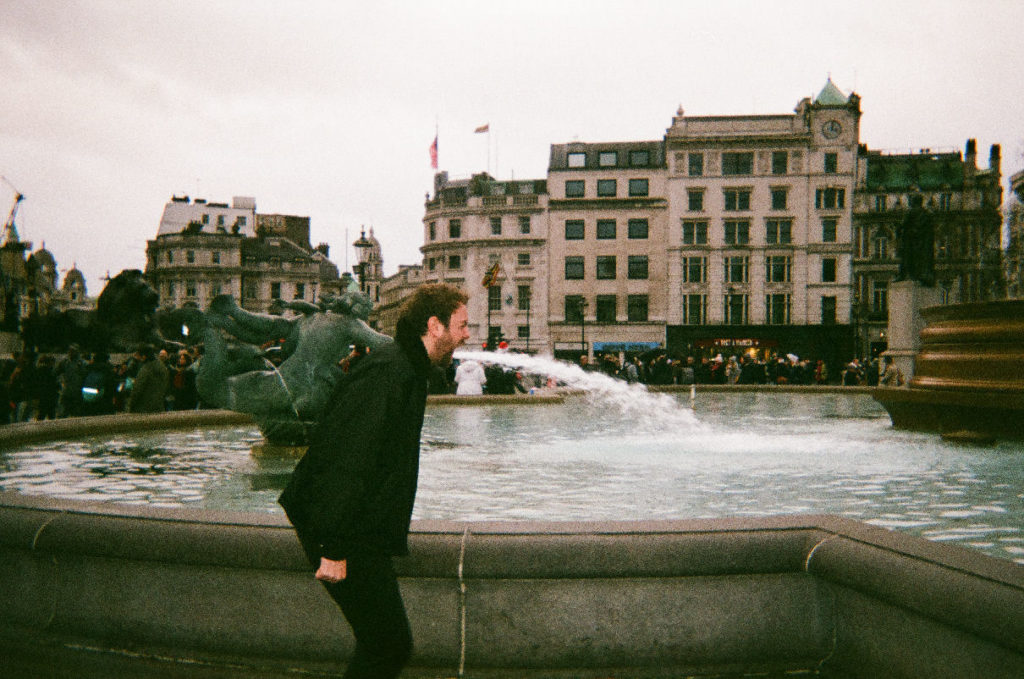 For real – even the drums in this song have hooks – they’re EVERYWHERE in the music of “Overachiever.”  Everything stacks up into a remarkably shiny & stylistic cut that is endlessly engaging on every level your ears could hope for; as in, no matter what element or aspect of music you enjoy hearing most, you’ll find exactly what you’re looking for in Thelma Ball…individually, they’re bringing ALL the right pieces to this band, and combined, they’re essentially unstoppable.  So don’t let the laid-back vibes of the verse fool ya – listen to the grip of the intensity & stunning hooks of the chorus…that’s where you can hear exactly how powerful the music of Thelma Ball is on “Overachiever,” and how addictive it can quickly become.  It actually reminds me a little bit of a track called “Hourglass And The Party Cat V1” that I loved on a Slim Dali record called The Clique that came out back in 2015…there’s a similar method in the madness & wild, vibrant, incessantly-catchy hooks…but that’s about as close as I’ve got to a comparison for ya, and it’s pretty damn obscure.  The Strokes of course…Thelma Ball will likely always draw a comparison to that incredible band as well…but the list of similar sounds gets pretty short from there, which is great.  Like I said, that’s the thing…Thelma Ball is ahead of the game right now; as new as this band still is to the scene six-or-so years into their career, they’re already confirming they have everything it takes to lead the way for the rest to follow by how all on the same page these players are at this point.  There ain’t much like these guys out there right now, they’ve got all the room, space, skill, and potential to go as far as they wanna push themselves in my estimation – I didn’t NEED “Overachiever” to confirm that – I’ve known this all along.  What “Overachiever” DOES confirm, is the fact that they’re really DOING it…they ARE continually challenging themselves to make the best music they can make…and to me, it’s more than clear that they’re completely on the right path.

This new single from Thelma Ball SLAYS.  I must’ve listened to this cut at least a hundred times since I first got my ears on it, and I’ve got no intention of stopping this from spinning on my playlist…like, ever. 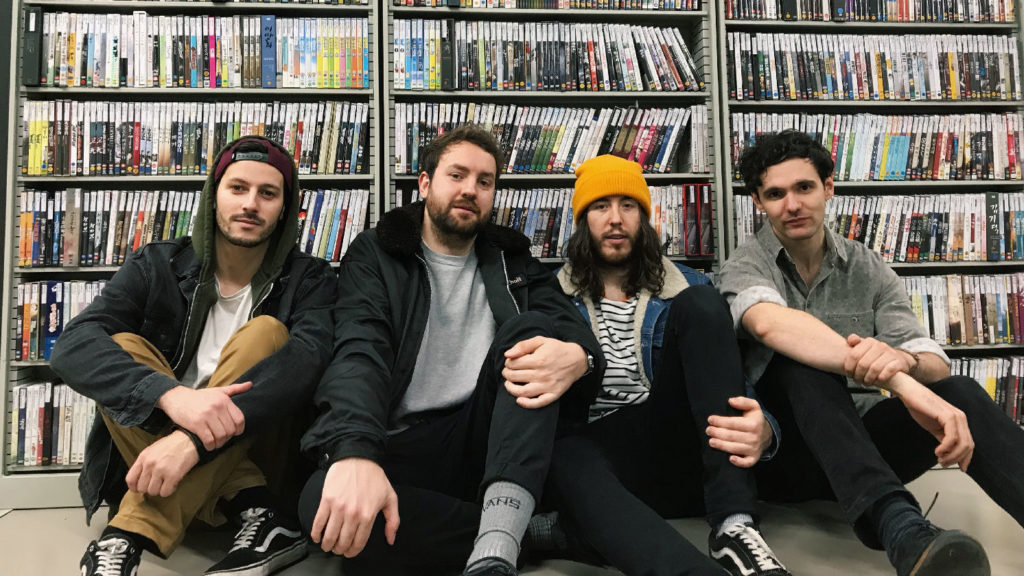 “Overachiever” comes out officially on January 17th – that’s this Friday, aka TOMORROW dear readers, dear friends.  If you really love yourself like you say you do, you’ll be among the first to treat your ears to the latest from Thelma Ball in 2020.  Find out more at the main website:  https://www.thelmaball.co.uk