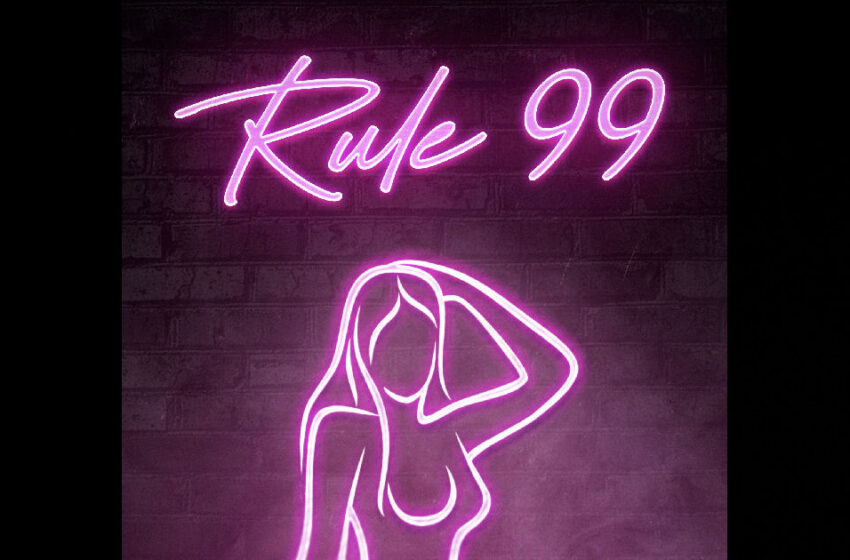 There are two sides to every story, as they say.

Right here in this new single, TheGAMRKage has put together a version of that anecdote on LIFE by splitting up the guest-star appearances over “Rule 99” to give it a male & female perspective.  This dude’s one of the more unique cats out there in the underground scene right now for sure…real artists make a lasting impression in many different ways – not only has TheGAMRKage always been engaging on the m-i-c, but how is anyone gonna forget a title like “Zenkai Boost x FSWA,” you know what I mean?  I’m always down for something different and this man has proven to be a verifiable force in that aspect.

Apparently, word on the street is that TheGAMRKage isn’t too far away from releasing a full record soon – I’m hearing October, possibly on the 21st…his album Dragon Dream Summit should be popping online around then at some point – “but I ain’t one to gossip, so you ain’t heard that from me.”  It’s a pretty safe bet…this dude’s committed and he’s been in the zone…you creative types know exactly what that’s like.  You can go from one song to ten on the right inspired day and a couple extra minutes of free time.

So…more or less…the majority of what you’ll hear between the two tracks here is mainly the same, with the exception of the guest appearances added in to each version via Jai Sade on the first single of “Rule 99,” and Eddie Adei for “Rule 99 (Side A).”  In my notes here I’ve got a reference to Jai’s “Rule 99” also being called ‘side B’ – and I guess I just wanna know if that’s gonna be the trend and a thing now?  Did side B come out before side A here?  And if it is side B, then how come it doesn’t say?  Furthermore, I’m sitting here waiting on two new records from The Cure for the first time in like a decade, and none of us can freakin’ GET them because Mr. Robert Smith decided finishing the second album before the first one was a good idea?  How in the hell does that help anyone?  Let’s just be sequential y’all – please!  I NEED that symmetry in my world.  Anyhow.  I guess realistically, I’ll take what I can get – just make that music.

All kidding aside, TheGAMRKage has another quality cut on his hands with “Rule 99” in either of its versions – but he’s not out of the woods here just yet…hang tight on that.  What stands out continually to me is the quality of the BARS y’all…from the rhythm to the precision, TheGAMRKage puts in the work with his pen to ensure the metering & flow is flawless by the time he hits the studio to push record.  I also think both of his featured guests are completely aces…they’ve both got swagger & style and deliver with as much professionalism as they do entertainment value without question.  Eddie’s solid, no doubt about that – but Jai…Jai’s gonna be the one to make you raise an eyebrow or two wondering if you just heard her say what you think she said, and believe me, I’m sure that she DID.  These tracks are labeled with EXPLICIT tags for a reason dear readers, dear friends…so be as ready for that as you can be, and know that no matter how much you try to prepare yourself, ya still ain’t ready ENOUGH.  This twisted tale takin’ place between the sheets…it’s something else to experience; and thanks to the cleverness of the concept, you essentially get both sides of the story, as told by Jai and Eddie when they grab the mic.

This all works well…I admire the ambition in creating something like this in music…the creativity in the idea itself is a huge positive.  My main concerns would likely revolve around whether or not the two versions are different enough from each other with it basically being the guest-stars that create the variation between’em…and that’s honestly hard to say.  They’re front-loaded in that respect, so that you’ve got the parts of “Rule 99” that are in common with both leading the way for the first two-thirty or so, saving that main difference between each version for the finale at the end.  It’s not a case of so much being that it doesn’t work, so much as I’m wondering if there might have been a missed opportunity to create a bit more separation between the two so that the average everyday listener would potentially cue in that much quicker and have a few more reasons to jam each version longer.

Because that’s the REAL concern here…longevity…and it’s something TheGAMRKage is gonna wanna consider when it comes to the upcoming album…if he’s planning on featuring both versions, I think he’s taking a risk.  I run into this quite a bit on my side of the screen & speakers…artists/bands that wanna put a song on a record twice inside of a short set…and unless you’re really mixin’ it up, it’s almost always a guaranteed recipe to make a great song burn out twice as fast as the rest of the lineup.  There’s a mesmerizing quality to “Rule 99” that really does work well…I’ll readily admit that…and placement on an album, the surrounding songs, context…all that stuff can make a difference too – it CAN work, it’s just extremely rare, and I’d advise caution.  I don’t know that the main hooks themselves are strong enough to survive a whole lot of wear and tear in that regard…I suppose that’s what I’m saying.  The three of these emcees reveal they’ve got bars and uniqueness on-point for DAYS when they get their individual moments on the mic…but the main hooks become harder to judge almost because of that.  It’s like it’s hard for the chorus to stand-out or take it up anywhere from what TheGAMRKage, Jai, and Eddie bring to the mic when they’re rocking…and that’s…I mean, in a way that’s awesome, but it could also create a potential barrier for the longevity of “Rule 99” when the hooks are repetitive & in common to both cuts.

Just things to consider…right now, that’s all it is…theories based on experience & callin’ it like I hear it as I always do – but truthfully, I’ve only had these tracks for a short time myself & for as much as I’ve spun them personally, they show no sign of wearing out anytime soon, which is great of course.  I’ve road tested them hard for ya…and I can vouch for the fact that the personality you’ll find on the mic, from all three emcees, has the X-factor and inspired spark you wanna hear.  Every time they fire up the bars, I’m 100% invested in every syllable all over again – and lyrically, believe me when I tell ya, they’ve got plenty to say and a whole bunch of details that’ll shock your system as you absorb the swagger & skill they rap with.  There’s risk in all things we create, and there’s no doubt that TheGAMRKage is walking a fine line here with “Rule 99” – there’s about seven minutes worth of song in total, with one unique minute split between them to create the main differences you’ll hear…as much as it might jam hard through your speakers as a quality cut in both its versions, time will tell if these two perhaps should have been one.  I salute the ambition, the creativity, and the skill – I suspect I always will when it comes to TheGAMRKage.