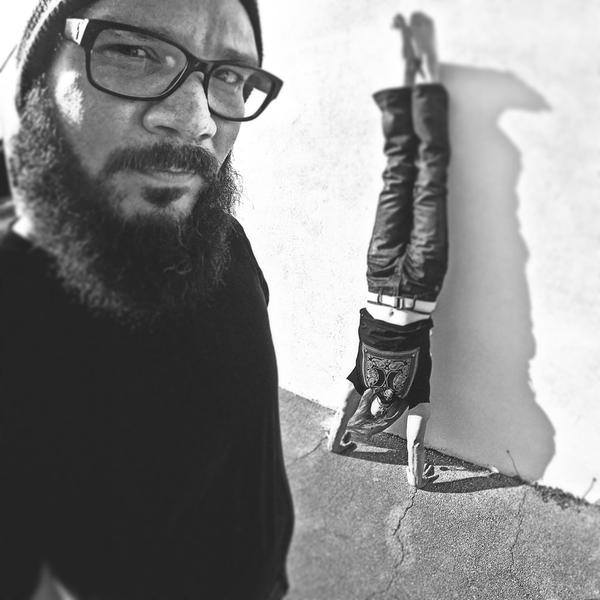 The Von – “Nothing To Fear” – Single Review

I think I’d be insane not to like this new single from The Von! This two-piece is kicking all the ass for me this morning with this extremely clever song, their new single “Nothing To Fear.” Based in South Florida, these two highly enthusiastic musicians are currently getting set for the release of their debut full-length album called Ei8ht coming up this year and if this new single and video to go with it are any indication at all we are going to all be in for one hell of a time.

Like a good chef – The Von is serving up the goods in several ways. From their Soundcloud page you can get your hands on the new single as well as three separate remixes of “Nothing To Fear” and as you already see below, you got it – they’ve made a video to support it.

Some of you out there have worked with me before on videos through the work we do online at sleepingbagstudios…some of you have even approached me for lyric-videos. 99% of the time unless a specific purpose is clearly stated, I’m the first person to say no to a lyric video in favour of something based in crazy moving colours or live action instead. For myself, I think I’ve seen about maybe two lyric-videos in my lifetime that I thought managed to capture the spirit of the band as well as the mood of the song; it’s a complete and utter rarity.

So believe me when I say it – the new lyric-video for “Nothing To Fear” supporting the latest single for The Von is probably the best I’ve personally seen. Knowing the painstaking process required to make a truly effective lyric-video…I can’t even begin to explain the amount of work I know has been done to make these words come alive like they do. The idea is completely genius…I love it through and through; it’s completely one-shot against one entirely-too-awesome background and the directorial idea of keeping the visuals moving through just the musicians alone was a perfect call.

When you look at how simple and effective this idea truly is you’re going to be upset that you didn’t think of it first. Now look down at your shoes, kick some dirt and admit to yourself you’ll probably attempt to copy this one day down the road…but again…realize you more than likely CAN’T pull it off like these two are and presumably a third incredible video-editing personality somewhere behind a screen (or seven). Put it to you this way…it’s tough enough to make a lyric-video work to begin with; but it might be nearly impossible to have music translated this effectively time after time…this is as right as right can get for a video and if I was The Von I’d be shouting out that production team behind the video because that is one job so massively well done that a musician might see this kind of perfection but once in a career. If it’s something they bought for their career, it’s the best money they’ve spent since buying their instruments – if it’s something they’ve put together themselves…then world I am telling you we will not be ready for The Von as they continue forward…they’ll be kicking too much ass. Not even remotely kidding – have a look at this video for “Nothing To Fear” for yourself and see what it means to get a song, lyric-video and idea brought to life in completely cohesive rock bliss.

I’ll say it the best way I know how…if I could make lyric-videos this effective, I’d make a whole bunch more of them. Hell – I’d suggest it as the first and primary option.

So…how about as a song itself? This combination of Luis (Vocals, Bass) and Marek (Guitars) works really damn well…like…SO WELL. If you rock fans can resist the opening shredding, screeching guitar sounds that open this tune up alongside the pounding, deep-beats of the drums…then go run to your car and pull out your Kenny G. records for a moment and just be honest with yourself about the music you really like. NO rock-fan could resist the initial pull into this song…that’s everything I want to hear right away!

The real question for The Von, is did they write themselves out of a solid chorus? Don’t get me WRONG – it WORKS…but if you were to ask me, the real hook of this song comes through the verse itself. Some people take issue with this kind of songwriting…I personally think it can be refreshing. The chorus itself doesn’t take the energy down at all, but it might have been impossible to take it further than the incredible verse throughout this song, know what I mean? I think they did really well, especially in the last run-through at the end which really DOES bring up the energy past the vibrant vibe of the verse as it rips full speed towards the end.

Drums are fantastic…looks like Marek supplying the HUGE beat as far as the video goes (lol – watch!) and the guitar/bass are just perfection in this track as well. Vocally, I dig Luis a lot…though the first time out I got stuck more on the slight sound of his accent than I was paying attention to his highly inventive and creative delivery. This guy sings with a TON of passion and confidence & really leads the way through those incredible verses with style, energy and genuine love for this music shining through his performance.

BIG fan of The Von…and again…I know I’d be insane not to want to hear more after seeing this video and hearing their first massive single “Nothing To Fear.”

I’m taking the educated guess that once you have a listen & look for yourselves…you’ll feel exactly the same way that I do.

Support The Von at their official page at: http://thevon4u.com/

Tags: Nothing To Fear Singles sleepingbagstudios The Von