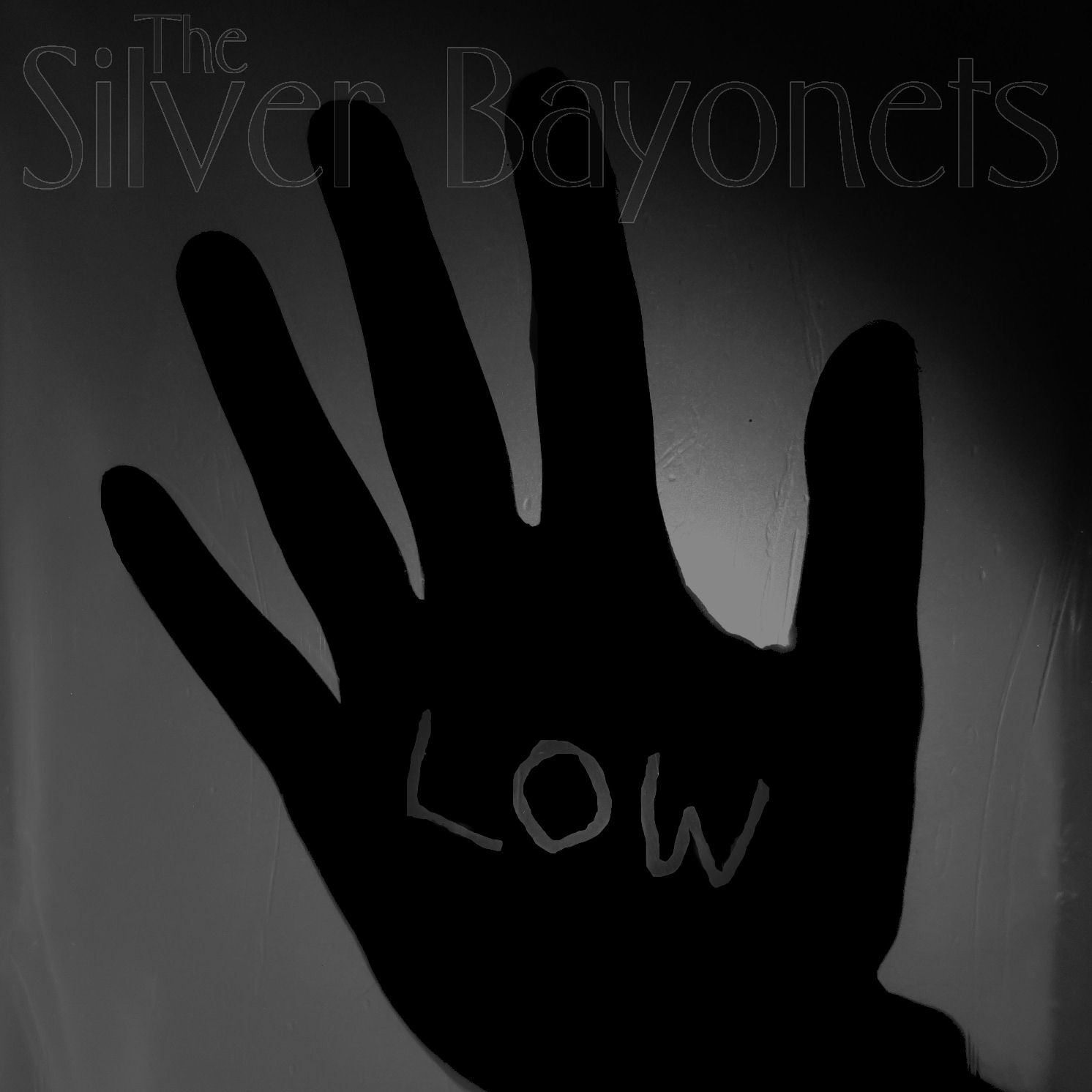 Clearly these guys are revving up the promo-machine!  The Silver Bayonets exploded onto our page for the first time just last week with the first single/video for “Constant,” off of their new EP, The Pain Inside Your Head – so it really wasn’t too long ago that we first got a taste of their raw-rock sound.  We’ve got our mitts on their second single from the record called “Low,” which carries The Silver Bayonets penchant for rock even further.

I’ll say this…by comparison to “Constant” I’d say that the hooks are buried a bit deeper here on “Low” but not so far down that you can’t grasp them.  Where “Constant” had the hooks up ready to roll right into your ears, The Silver Bayonets head towards more substantial and lasting terrain on “Low,” so it’s a bit more of a trade-off for the three-piece from the UK here on this second single.  I think “Constant” stands to grab the attention quickly in that respect, which makes “Low” make even more sense to release as the second single from the new EP.

Impressive drum rhythms start “Low” into an energetic intro before the band settles into a groove and rides smoothly through the verse.  The chorus sparks the crashing sounds of the intro back into play and gets the rock-rolling for The Silver Bayonets…the guitars are up solidly at the front of the mix and they sound great.  It’s not over-complicated rock…it’s no standard-tune either; it’s a multi-part laden track that’s full of twists and turns in the writing and structure that keep it interesting, yet each part individually keeps to a fairly simplified but effective grind that contributes to the overall mix of talent.  Perhaps those drums escape the simplified-aspect…they tend to rage throughout this track in one way or another…and by the end to tell you the truth, they’re played so furiously that it becomes impossible to not notice them thundering away.  Miniscule moments where the chaos gets so out of control at the end at the height of its madness that it does sound like those drums wander milliseconds outside the beat…could just be me…but at the end of the day it’s splitting hairs when it comes to even examining it – there are so many bpm’s happening that most people would never hear anything other than the pounding of the skins that takes place…and even further besides that, I’m talking about the last maybe like, fifteen or twenty seconds anyhow.  It’s seriously tough to tell…he might very well be dead-on and I’m rambling about nothing at all here…main point being, for the most part I thought they came out strong in the mix and performance.  Overall the ambition of the writing in those drums is enough to give these guys a salute.  Bass-wise, dude keeps the ship sailing smoothly throughout…and overall the combination of the instruments really gives the vocals a wide-open berth to really let it out, which they do as the chorus rings out.

It’s like there’s a hint of prog-rock within the alternative-rock sound and style of The Silver Bayonets…there’s an oddly classic sound fueling their modernized one…it makes for an interesting mix of music that really keeps you guessing.  I dig the additional background vocals and thought those worked really well for this crew.  And now I’m also wondering what they’d be up to next as well…which is kind of what good singles are all about really isn’t it?  I’d be interested to hear what else The Silver Bayonets are all about after hearing the first single “Constant” and their new one “Low.”  Seems like they’re energized and ready to make their mark right now…and I dig that we can hear that fire in their soul throughout both singles I’ve heard so far.  Makes me think they’ve got some cool stuff in store for us on the official EP – and there’s no telling what they might come up with…which is actually pretty unique in itself when it comes to anything-rock when you think about it.  There is much thought going into these songs and into the writing…and even at the height of the madness and crunch of their rock, they still display sharp instincts.  You can tell a determined band when you hear one – The Silver Bayonets are what that sounds like…interested to see where this project goes over these next years to come for sure.  I think they’ve got a raw & real sound that potentially could just get stronger & stronger as the band continues to gel and bring the best out of each other…we’ll have to see…and hear of course!

Find out more about The Silver Bayonets at their official homepage:  http://www.thesilverbayonets.co.uk