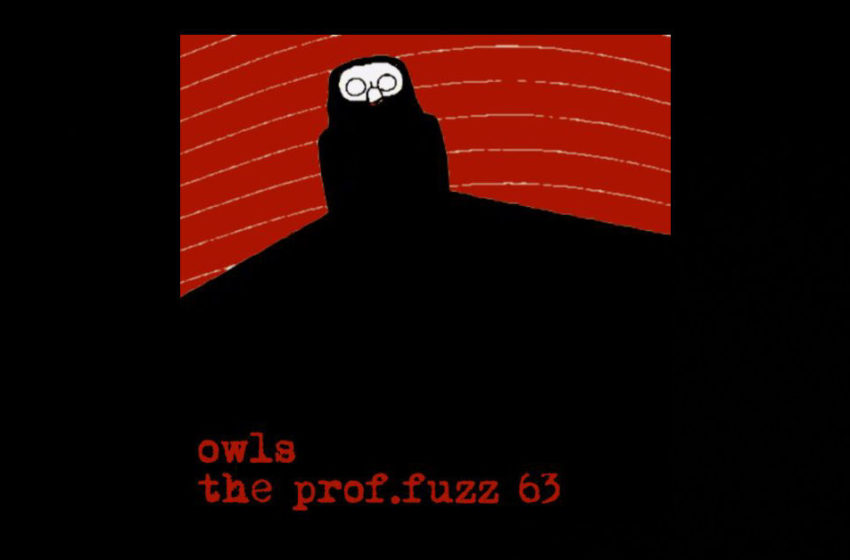 Finally!  A legitimate answer to a question I grew up with on television throughout my youth…

Question:  How many licks does it take to get to the center of a Tootsie Pop?

Sure…that’s a bit ‘meta’ as the kids would say…maybe you had to be there to fully appreciate just how many times we’d sit through that commercial with the owl and the Tootsie Pop just waiting for our shows to come back on…but take the word of an old guy like me, it was on every single day at some point in time, and most likely you’d get multiple doses of it in one afternoon of watching cartoons.  Thinking back on it now…I’m trying to remember if we ever did actually get the answer to that question or if they left it as a mystery we all needed to solve as we sucked our way to the center of our own Tootsie Pops…I seem to remember the owl eventually hoovering up the whole thing quite rudely…

…so like The Prof.Fuzz 63 have so poignantly pointed out: “That owl’s an asshole.”  They ain’t wrong.

That being said…make sure you know which side of the glass you’re standing on…because things aren’t always as they appear now are they?  According to The Prof.Fuzz 63, “Owls” is “more metaphorical than zoological” if you’re catching our drift here…you might say the glass in front of you is actually a mirror.

This single is 2:19 of fun you seriously don’t wanna miss out on.  “Owls” is like a full-on combination of wild 60’s/70’s psychedelic sound, a bit of the 80’s amped-up antics, and a twinge of 90’s alt-cool in the mix.  Essentially you’ve got something here that’s got a killer dose of the freakout-vibe, combined with an insane smattering of genuine mod-cool, and just enough of an indie tweak to it that the entire sound of “Owls” is likely to reach a much larger audience than may have even been anticipated with its high levels of crossover potential.  Think of something like…I dunno…pick something hard psych-60’s like the 13th Floor Elevators, cross that with personality & spark of The B-52’s, the inherent indie-cool of The Breeders, sprinkle a little bit of extra weirdness into the mix via something along the lines of Reverend Horton Heat…you’d come out with a cut close to what you’ll hear on “Owls.”  In my humble opinion, of course.

You could also go with the description you’ll find in their own bio, which reads:  “If Tom Waits started a surf rock band in the back of a Dallas, Texas pawn shop, it’d be The Prof.Fuzz 63.”  That’s accurate AF too.

I’m all about it though…and I’d imagine many of you out there reading these pages, listening & watching, certainly feel the same way I do about “Owls” – sure it’s ridiculous in a way…but like…in the perfect way you’d want ridiculousness to sound?  That make any sense?  It’s an undeniably fun and wickedly catchy tune…but it’s all taken more than seriously enough when it comes to the execution, that it goes long past the initial reaction of the humor in “Owls” and into realizing it’s just a damn tight song.  Again, if you’re a long-standing reader of these pages of ours, or indie-music savvy…you’ll find that The Prof.Fuzz 63 will remind you a lot of The Foshays as well…who also incidentally take a cartoon approach to the visuals in their videos, just like we have here in the one supporting the new single “Owls.”  As far as I’m concerned, that’s a complete cue to get your bowl, get your cereal, get your spoon – sit down & allow yourself to be entertained.  Director Ryan J. Gill of The Other Ass did an awesome job of finding an incredible match to suit the song; you can also check out a Director’s Commentary for “Owls” that’ll tell ya the story of the video and how essential the color orange can truly be in a situation such as this.  So if you’re one of those people that likes to get more out of your music and dive headfirst down the rabbit hole – I’m definitely inclined to recommend having a watch of the commentary as well if you’re diggin’ this.  And face facts…you ARE digging this right?  I don’t think there’s a remote chance that I’m the only one that’s addicted to how badass this is or how rad the organs on “Owls” relentlessly are – everything about this single is stocked & loaded with the very definition of cool.  I’m willing to bet you’ll be much more addicted to “Owls” than you’d imagine before pressing play…it’s clever, and dammit, it’s 100% fun.

Find out more about The Prof.Fuzz 63 from their official page at Facebook here:  https://www.facebook.com/prof.fuzz63