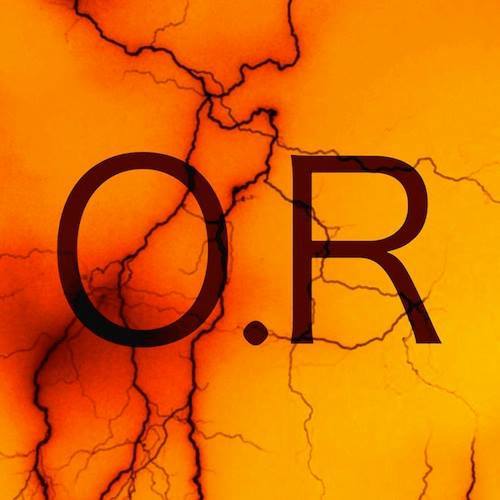 The Other Colors – O.R. – Album Review

Hot damn – is this album ever tough to explain to the top-40 crowd!

Masters of atmosphere from France, The Other Colors are back with a new album FULL of intense soundscapes and sonic experiments. Those of you that have known me from my musical past will know I absolutely lived, slept and harvested everything I could from the experimental electronica section at one point, going as far as comparing what I regularly listened to with a “steady chorus of broken answering machines…”

Done right…experimental electronica isn’t as crazy as it might seem at first. Quite often there’s just as much purpose in every frequency or random sound as there is in any guitar lick. As a genre it knows zero creative boundaries and the possibilities to turn music into ART become endless. It’s a style of music that, though I might not listen to it as savagely as I once did in the past, will always be appreciated during present-day discoveries.

One of those current joys of the electronic world is certainly this amazing duo from France, Laurent & Marie, making music as The Other Colors. Everything about this new album O.R. will test the very fabric of what you know to be “music,” but for those of you who have listened and still aren’t sure…YES…this IS music. Is your grandmother going to like this? NO! She’s literally not going to even understand that her stereo is in fact playing incredibly flawlessly. She’ll listen to this album, keep it on her shelf as a nice gift from an obviously awesome grandchild and promptly return the disc player, suspecting it’s faulty.

So yeah….it’s not for grandma. That should be ok with at least 95% of you out there…

One of the aspects of The Other Colors that I truly love is their visionary creativity in their music. You ever heard that phrase “so-and-so could read me the phonebook,” referring to a person with a beautiful voice…usually Timothy Olyphant… Anyway…

In these tracks, Marie Möör very well COULD be reading me the phonebook…I truly don’t know! With all her lyrics in French…part of that visionary aspect that I think works so well for The Other Colors is that they are well aware that a large portion of their audience would certainly be English-based. With that in mind, Marie is much more free to become an instrument with her voice, or to camouflage herself within the soundscape itself. Whatever she decides…she comes through hauntingly with the purest of tones. The opening track “Ce Magma” will demonstrate perfectly just how wonderful her voice can be as she delivers a passionate and devilishly-pronounced spoken word piece over top of the minimalist music.

Minimalism…minimalist….what kind of crap-ass words are these anyway? Listening to music that might have “less” instrumentation involved….or that is stripped to the bare bones as it often is on O.R., should still not be referred to in any way that might imply they’re not getting the absolute MAXIMUM out of this minimal, cause they certainly ARE. Laurent has done a completely excellent job piecing together completely unique and vibrant soundscapes – listen to “Ayou” and “Nous” – these are too undeniably focused for them to be called “experimental” in any way.

So how about we go and replace that for them and start them their own new genre: Deftly Precise.

As well as they function on their own, this duo still shines their brightest in their moment intensely combined moments. A track like “Share chère chair” demonstrates this perfectly as Laurent pushes the boundaries of soundscapes with dark low-end intensity as Marie delivers her vocals in a style that’s nearly like breathing itself. Each word coming out and disappearing into the musical thickness…perfect.

Does it ever become “normal?”

NO! There’s no “normal” here of any kind! Instead you’ll just have to put up with “new,” “artistic,” “groundbreaking…” The closest you might get to “normal” of any kind might be the track “Nous Nos Os Danse” – but even that’s a long, long stretch to musical-normality. It does pack a more energetic beat however, which also serves well to round out the expanse of sounds and styles they took in on recording O.R.

There are moments on the album that have reminded me of The Boards Of Canada…also moments like “Rouge 13” that remind me of some of the brilliant and dark soundscape work Orbital has done, much like on the album Octane. A definite highlight for me and buried deep within this album…it was awesome to have The Other Colors step in and do this experimental electronica genre such musical JUSTICE. This album has everything you could possibly want in its variety of sounds and maintains a completely captivating listening experience all the way to the end. It’s the kind of album I would love to wake up to in the earliest hours of the morning…it would both freak me out and calm me down at times…but you know what?

I’d be FEELING something.

So ask yourself…honestly…is the music you’re listening to making you FEEL something? Or are you just here to sing along? I wouldn’t take points away from either of these measures of what makes great music…but I would suggest that if the music you’re listening to isn’t moving anything more than your mouth that you might be missing out on some fantastic experiences. A song like “Notre Cirque En Notre Cercle” is such a complete burst of awesomeness to the ears that I can’t imagine anyone having to do WITHOUT. And if you don’t dig the end of that track…well…we just listen to music um, extremely differently from each other and you can go back to hangin’ out with grandma.

After this album ended for me the first time I truly felt satisfied. Not only that it was yet another brilliantly unique and creative effort from this reliable crew, but even more so just in the sense that it felt GOOD to hear something this different again. It has been said many times that every song we hear, know and love can somehow be traced back to The Beatles…

I don’t know about that so much when I listen to the limitless creativity in The Other Colors…seems to me they at least have fairly different ideas in song-structure…oh but wait! I can DEFINITELY think of a time period that The Beatles went through where they would have LOVED the music of The Other Colors…does that count?

Go find out what different REALLY is in the best way you possibly could and give the music of The Other Colors a spin or seven.

You can find their albums and all kinds of music from The Other Colors right here: http://goo.gl/mmvZPN