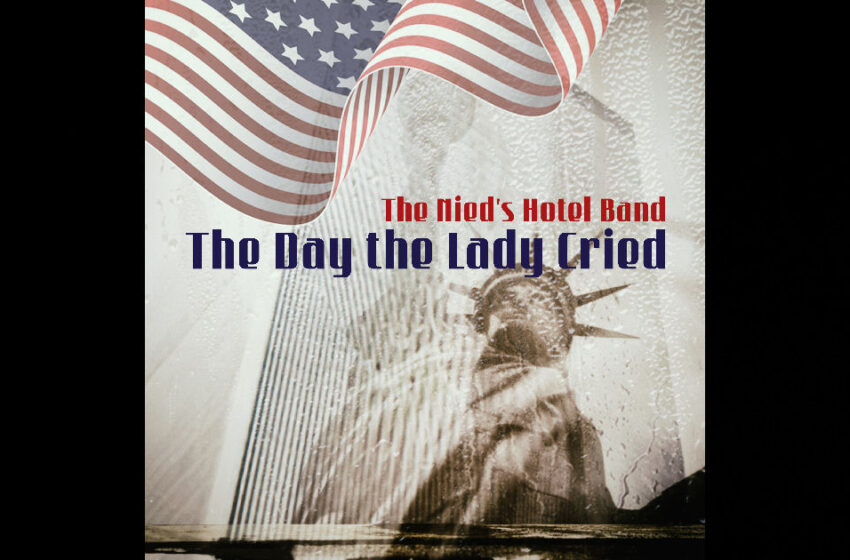 So let’s see here…lots of positives to be found in what The Nied’s Hotel Band has created on this single, even if it might not exactly be my thing.  Maybe it’s the Canadian in me…maybe it’s the pesky globalist I am…it’s hard to say…I have just as tough a time with Canadiana as I do Americana in many ways really.

But I do have respect for all genres & styles, and of course, a love of great songwriting & professional execution…there’s no knockin’ what this band is capable of, and that’s the real nuts & bolts of it all.  As long as they’ve got those main elements intact…dedicated musicians and balanced ideas…believe me, I’m just a mere drop in the bucket when it comes to the potential of a song like this; where there might be one of me that hums and haws over it, and perhaps a couple more – there are a whole bunch more folks that’ll be well in favor of this brand-new cut “The Day The Lady Cried” by The Nied’s Hotel Band.

All that being said, I do understand what the purpose & intentions are – and context always matters.  As far as I know, “The Day The Lady Cried” was recently released in honor of the 20th commemoration of 9/11 – a tributary song that’s as patriotic as it is insightful – and for what it’s worth, The Nied’s Hotel Band plays the daylights outta this tune.  Once that saxophone from Ed Jonnet & the keys from Fred Delu flare up in this tune, trust me when I say – it’s pretty tough not to jump onboard by that point after all the other great stuff you’ve heard along the way – but bonus points to the instrumentation really sparking to life when you get to that point of the main solos.  Tributary tracks are much harder to pull off successfully than people would ever realize – the importance of the moment can really throw some artists & bands right off their game, but of course, there are some that rise to the occasion and the challenge brings out their very best.  I don’t know a whole lot about The Nied’s Hotel Band with this being my first experience with their music & all, but it’d be real tough to conceive of a situation where listening back to this song could have left them wanting.  They got everything out of this track from the concept to the execution, and they should be mighty proud of that – musically, vocally, lyrically – “The Day The Lady Cried” has a strong heartbeat and spirited pulse, audibly proving even in the aftermath of an event so tragic as 9/11, America came out so much stronger.  Songs like “The Day The Lady Cried” carry the triumphant sound of memories that will never ever fade from our hearts & minds, and proudly celebrates the all-inclusive America that the world knows & loves.  I sympathize with The Lady…because I feel like she’s had a real damn tough time keeping that head up over the past several years…but I’m “hopeful for the future, hopeful for the light” just like this band is – I make no illusions about the fact it’s all gonna take serious work to put the country back together, but I have, and always will, believe that fundamentally, that’s what its extraordinary citizens truly want.  The US has been crying out for that same level of unity they experienced post-9/11…that connection that Bush referenced in his speech just the other day, that once brought everyone together for the greater good.  Singles like this, from their concept to their purpose, bring people closer in the right way…a common bond through the remembrance of what was, and the goals we share for what the future could be.  John Vento is genuinely outstanding…and Ronda Zegarelli who joins The Nied’s Hotel Band for this song has a voice that should knock the socks straight off of your feet – they’re both remarkably gifted singers who give this song every ounce of the passion & sincerity it truly needed to make this moment as real for us as it was for them when they went to write & record it.

The band all-around stepped up to get the best outta this track, and mission accomplished as far as my ears are concerned – this way clearly an important cut for them to create & they should be extremely pleased and proud of results that came out as strong, vibrant, lively, inspiring, and hopeful as they have.

Find out more about The Nied’s Hotel Band at their official website at:  https://niedshotelband.com