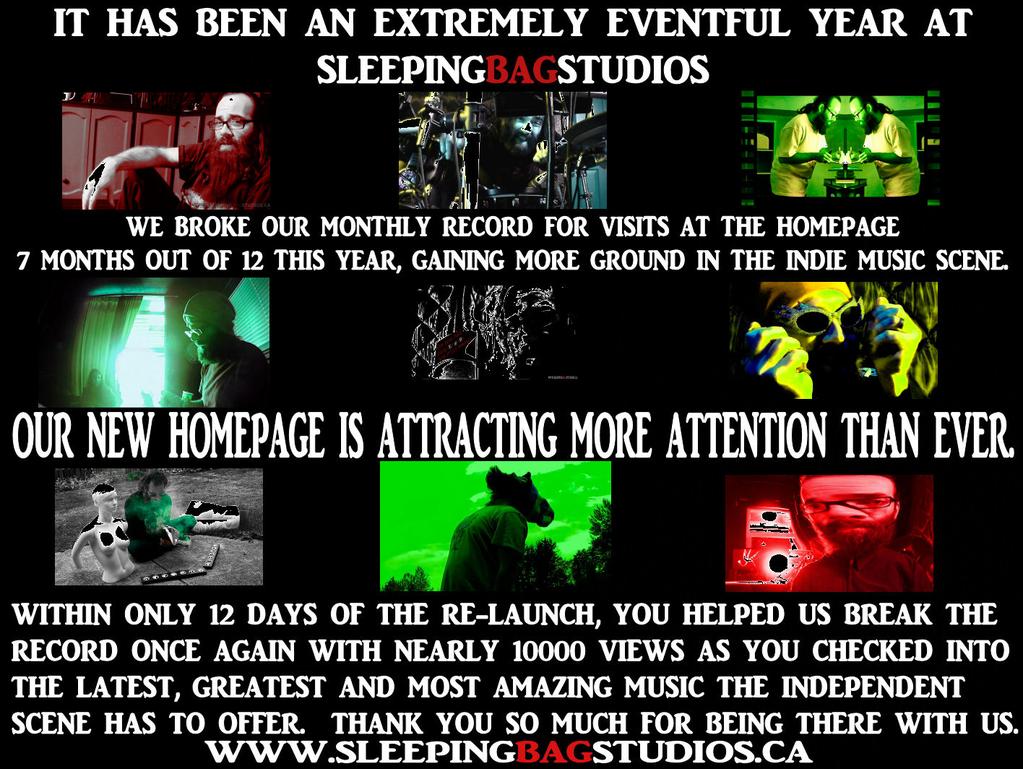 What can I say everyone?  THANK YOU.

Watching these numbers skyrocket stemming from our new design combined with our outstanding content and YOUR amazing music and talents…it’s an incredibly beautiful thing to see.  There have been so many incredible highlights upon this journey…but to see this, it’s purely quantifiable, genuine and completely awesome.  You certainly have my commitment to keep busier than ever before in bringing you an entirely new set of sounds, artists, bands, interviews and much more in 2015 – the support you’ve shown us already would keep me personally inspired to 3015; and I’d do it if there was a guarantee they could keep this beard young, dense and beautiful…

But for now….we’ll take on the next year…and we’re looking forward to becoming more and more relevant as more and more of you awesome people continue to find us, and the music that makes us great.

Wrapping up this year still….we’ve got a couple episodes of SBS Live This Week still to come before the end of the year.  All-music, holiday fun-stuff episodes…make sure to keep an eye out here for some killer new music we’ve yet to see on the show.  We’ll get to a preview of next year’s episode that we just filmed, the SBS Panel is back, this time on the genre of Grunge with local experts Tyler Hutton (Closer/The Pit), Tyler Mayfield (Lung Flower) and Steve Barmash (Blackout Lights).  We’re NOT however…bringing this episode out until we complete a task of three incredible events to go with it….one of which we’ve accomplished already, which was watching Blackout Lights go out and kill it onstage at Joe’s Apartment in Vancouver.  Check that one off – Steve, Jon and Rob put on a great opening set and definitely got me excited for the upcoming Blackout Lights EP.  We’ve got a show to see this Friday with Closer, Tyler Hutton’s experimental-noise-rock project who are just finishing the recordings on their debut.  And lastly, we’re rumored to be having Lung Flower stop by for an interview/performance in support of their latest EP in early Jan….so the POINT of it all being, when we release the grunge panel next year, we’ll not only have our expert’s opinions, but also new music to see from each of their bands.  STOKED!

Part of me is also considering getting some ‘lists’ in for the end of the year….though I’ve never been huge on that….at least publicly.  I’ve got a ton of lists I keep around here including everything from daily tasks to when to take a freakin nap….but I rarely share.  And truthfully….I’m not even quite sure WHICH of these I’ll put out there….or even why yet….but let’s see if I can’t find a way to put a new twist on an old something once again and get you guys some new music to dig into.  In January of 2015, you can also look forward to the return of SBS Separated for an entire month as we highlight some of the best music and videos we’ve seen from along our journey.

You guys rock – there’s no denying it.  Thank you so much for being a part of all this madness and musical mayhem, it means the world to me, but only if we’re in it together.

They say numbers don’t lie.  If that’s the case….looks like we’re joined at the hip for years and years to come.