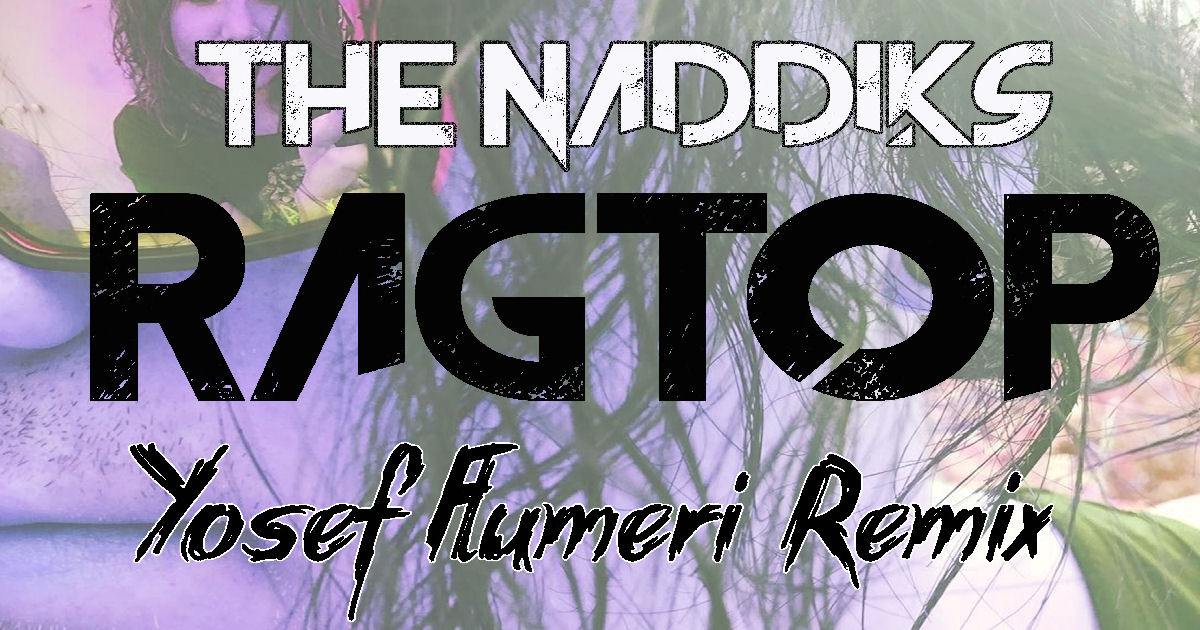 It completely makes sense to me that as an artist or band, receiving your music back in a remixed form HAS to be a seriously rad experience.  No matter the result, if you have the ability to let go of your art and find yourself a true electro-wizard to make a killer remix, you’ll end up with something different altogether that proves a great tune can indeed have multiple lives – successful lives at that.  Alt-rockers from Australia, The Naddiks, they ‘get it’ – they clearly understand that having a remix doesn’t ever harm the original; it just adds more depth to the story and another chapter to a song’s lifetime.

The Naddiks assembled one seriously lean & mean groove, played with about as much passion, enthusiasm and reckless-abandon as you can pack into a rock song on the original version of “RagTop.”  Do I dig it?  Yes actually, on several levels I do – I think they fuckin went for broke recording that cut and although there’s some moments of questionable timing as they just ‘give’r’ – the hooks are so damn strong and the intensity is so enticing that they pull you onboard with the idea pretty quickly.  They actually remind me a lot of our own homegrown Canadians in Blackout Lights with their similar approach to rocking the fuck out – even though it slips & slides around a bit, they still seem to find each other at every point of transition, giving the song just enough of a guideline for them to power forward.  It’s gritty, it’s loose AF and yet played like their lives depend on it…you can hear the moment take hold of this crew as they let the catchy hooks in the chorus rip and storm back into the verse.  Credit where credit is due – that crunchy-ass guitar in the verse is worth the price of admission alone.

So anyhow…there you have it…that’s how it all started.

Fresh off the assembly line, they shipped their brand-new single to producer/artist/DJ/musical multi-talent Yosef Flumeri for him to deconstruct and create something entirely new from the bones of the song.  That’s all you need right?  It’s just like the soup your grandma used to make ya…as long as there were bones to start the soup, the rest just somehow all came together perfectly, didn’t it?  Yeah it did – so sit down & grab a bowlful of this remix, you know you want it!

What was noticeable to me was that Yosef and I came to the same conclusion regarding the strength of the hooks in the verse and guitar crunch, which are largely the parts you’ll recognize scattered throughout the remix version from Flumeri.  As much as I might have thought he’d have taken few of those chorus hooks for a ride as well…like the ‘oooos’ from the original, at the end of the day, Yosef puts this track on a course unlike anything you’d be likely to expect, turning what was once a completely all-rock song into a distinctly house-style of EDM.

I’m just saying, I grew up in the age of Transformers and nothing I ever bought made such a rad switch from one thing to the next like this song does – what a waste of my allowance. 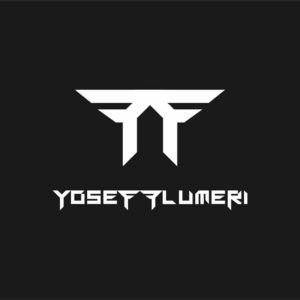 You’ll notice a couple other key features like the metronomic beat that keeps hypnotic-but-perfect time in the song, which for the wild style of The Naddiks, puts them on the beat without question on the “RagTop (Yosef Flumeri Remix)” – and again, no judgments on the original here, it just allows this remix to do something different than they were doing by tightening up the timing & pace.  Ultimately, the original and the remix are extremely different songs – to the point where it’d be nearly wrong to try and judge one against the other – and that’s about the biggest compliment you can pay to a remix in my opinion.  You get just enough of The Naddiks original cut and energy on “RagTop” for it to be a recognizable element in the remix, but make no mistake, from about the ninety-second mark forward, you’re stepping further and further into Yosef Flumeri’s electro-universe and well-outside the realm of anything-rock.  The Naddiks eventually become mostly the main vocal-line in the hook of the song as they blend into the wildly vibrant sounds of the ‘Yosef Flumeri Remix’ and allow him the creative freedom to take the spotlight a bit for himself as well in exchange for the effort and opportunity.  Dude’s got a lot of skills in electro, no doubt about it.

Is it what you’d expect from The Naddiks?  No!  Or…that is…not really.  There’s a spirit of mischief, wonder and mayhem that runs wonderfully through this band, which really does allow them the freedom to take their sound & style any damn where they please, which is part of the fun & excitement that surrounds this crew.  This time it’s into electro-territory – but who knows, maybe this whole remix thing becomes a major deal for them and we get like, industrial, country, IDM or top-40 pop-remixes & entirely new versions in different genres next time – you never really know what to expect with this crew, and they use that ability to surprise you & keep you guessing to their advantage in having this remix created.

For the electro-fans out there, you’re bound to dig The Naddiks “RagTop (Yosef Flumeri Remix)” – that’ll be easy for ya.  For the rockers and existing fans of The Naddiks music – remember to give different styles of music a chance…there’s still enough of them in this remix and the original tune to keep you onboard fully.  It’s definitely a unique cut in their catalog now…which is one of the best parts about collaborating in any/all of its forms…and it’s the kind of cut that you just wouldn’t get without putting yourself out there in effort to make something all-new and further the artistic potential.  It’s either that or like, you know, the slick advice of a solid band manager who had the notion to get the original song remixed – it’s definitely one of those things.

Solid efforts all around – I dig this cut in both its forms and think they both bring their own completely unique approach to the sound & structure on “RagTop” – it’s wicked fun no matter how ya slice it.

Find out more about The Naddiks from their official page at:  http://thenaddiks.com/