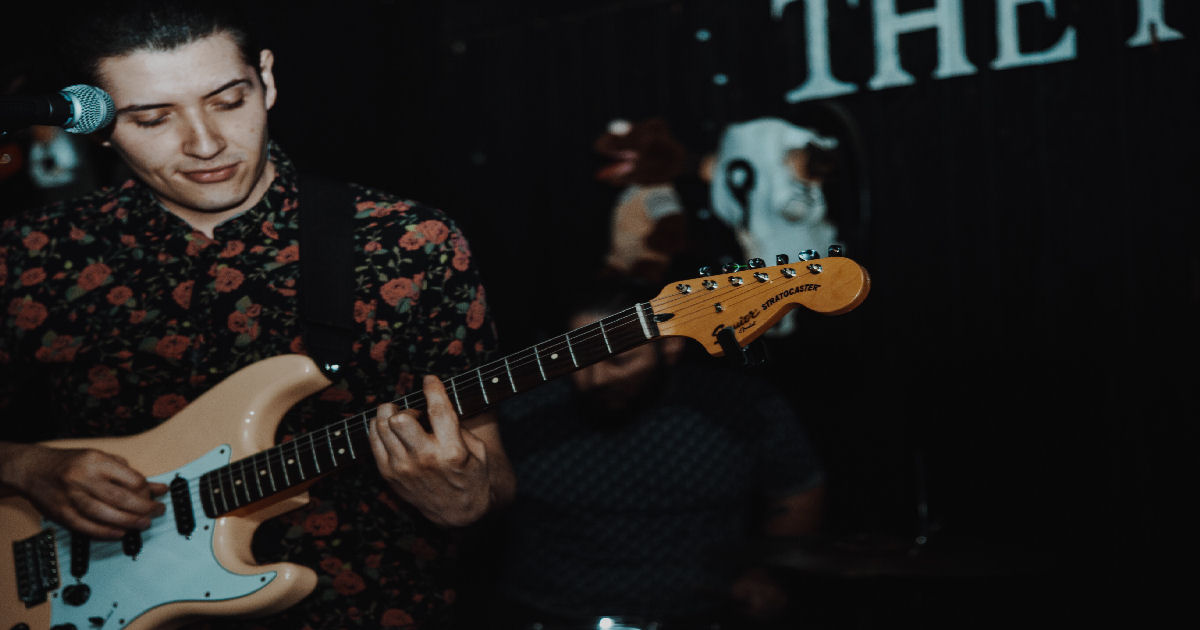 The Kid Chocolate Band – “Do I Cross Your Mind” – Single Review

I don’t know if I mentioned it the last time around when I reviewed The Kid Chocolate Band in 2018 and their The One With Love Songs EP, but they actually remind me quite a bit of the early days of The Fountains Of Wayne…there’s just such a willingness to dive into the playful side of music & melodies in this crew.  There’s more of a punked-up vibe in The Kid Chocolate Band than you’d likely find in FOW, but it’s a perfectly controlled one…built for today, strong enough to bring back the old-school magic of the 50’s/60’s in a relevant way for right now.  When it comes to this particular single, you could probably throw in a pinch of Weezer and like…the music they used to play in The Kids In The Hall…and voila – you’ve got an idea somewhere in the realm of what “Do I Cross Your Mind” is gonna sound like.

The scene out there better start paying attention to these guys though…I’m convinced there’s something completely kickass & savagely special happening in The Kid Chocolate Band.  In fact, I KNOW I was already convinced the last time I was listening to their music…this new single just confirms it more.  Y’all know I love to be right when it comes to what I’m hearing though – so thanks The Kid Chocolate Band – you’re upping my street cred another notch or two for being cool enough to get ya from day one.

Solid credit to the way these guys make the garage ROCK – you feel me?  Truth be told, “Do I Cross Your Mind” was recorded at Purple Room Recordings and mastered at Laundry Room Records…it’s more of a comment on the style of music you’ll hear from The Kid Chocolate Band.  But like…c’mon people…how addictive are these guys?  This single is more audio GOLD as far as my ears are concerned…I’m truly freakin’ stoked to have these dudes back in the mix in 2019 – I’m probably more excited about what’s happening here between the four guys in The Kid Chocolate Band than 99% of what else is out there.  Vocals = pure rock/pop awesomeness…drums = killer…guitars = perfection…bass  – the attitude, fun, character, and charisma that makes this band endlessly excellent to listen to is all right here in this new song of theirs.  But there’s still MORE magic to be revealed here…and like…I don’t know if I’d go as far as to say it’s their complete key to success full-on…but it might make for an interesting conversation out there.

Anyone else notice they might have just taken a completely cheesed-out pickup line from last call at the bar and somehow made an absolutely memorable melody & highlight song in their career with it?

“Do I Cross Your Mind – you run through mine all the time.”  I ain’t gonna lie to ya boys – this SHOULDN’T work – but MAN DOES IT OR WHAT?  The thing is, if you’re familiar with The Kid Chocolate Band, you’ll know they’re built on a genuine sweetness…second of all, you can absolutely hear the purity of the sentiment in their songwriting…so what would totally be creepy coming from some old dude sluggin’ down a final scotch at the bar & looking for the green light from a last call beauty that’s good from far & far from good, actually becomes inherently sweet instead through the way these guys play this tune.  Their ability to create continuously good times and incredibly catchy hooks is pretty much starting to become second to none for me out there…I truly can’t praise these guys enough.  I get that it’s still early on in their career & there’s many, many years to come with great music from this band surely to follow & build upon what they’re doing now – but the fact is, they’re really already amazing.  Once they’ve got a full catalog of cuts created, written, and recorded…I mean, freakin’ LOOK OUT because The Kid Chocolate Band will pretty much be unstoppable in their pursuit of providing audio awesomeness to the people out there.  “Do I Cross Your Mind” is that kind of wildly sweet single your ears can always make a lil’ bit of time for…just take it from me & have that repeat-function ready to go.

I wouldn’t change a single thing about this song OR this band – The Kid Chocolate Band has it goin’ ON.

Bonus shout-out to Issac Larios for the ol’ photo up top – cheers & thanks man.

Make sure to keep your eyes on their pages & up to-date on the details surrounding the upcoming release of their brand-new cut “Do I Cross Your Mind” – find out more about The Kid Chocolate Band at their page at Facebook here:  https://www.facebook.com/TheKidChocolateBand

Tags: Do I Cross Your Mind Singles sleepingbagstudios The Kid Chocolate Band