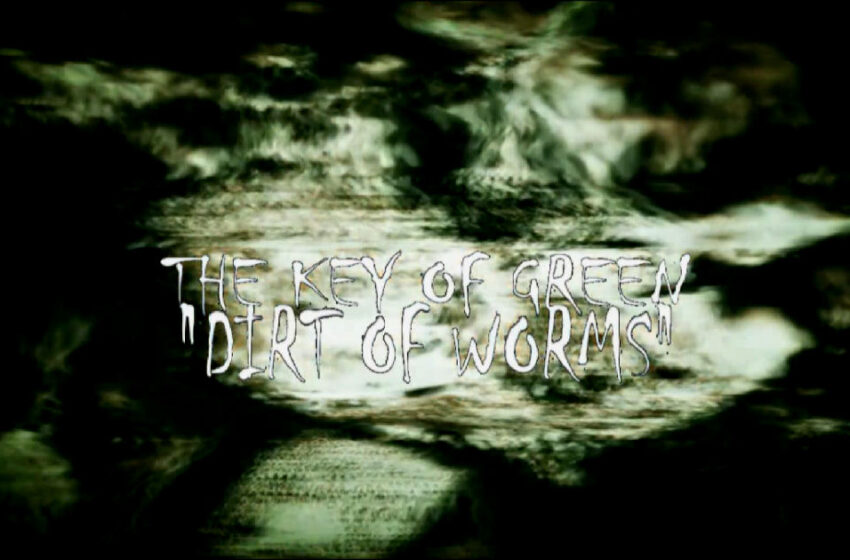 I hope y’aint sleepin’ on The Key Of Green y’all…these dudes have been crushing it this year with their latest cuts & videos from their second record, Precedence & The Silent Wheel – and “Dirt Of Worms” here represents one of the gritty best from the gnarly set of tracks you’ll find on that album.  With a twisted set of distorted visuals to rock along with them, I highly advise one & all to take a trip straight into the dirt with The Key Of Green here – dig around, you’ll love what you find!  “Dirt Of Worms” is an all-out gripping tune from start to finish to begin with – and they’ve got a seriously badass lookin’ lyric video that brings the words straight from underneath the soil below to the surface, surrounded by nightmarish imagery that gives you a mere glimpse or a snapshot of some pretty damn grim stuff when it comes right down to it, but also mainly leaves your own mind & imagination to fill in the gaps between – which might even be more scary for ya, depending of course, on who ya are.  What I can tell ya for certain, was that the entire distance through Precedence & The Silent Wheel is still by far one of the best journeys I’ve personally taken in music this year, and “Dirt Of Worms” with its gloriously controlled mayhem & its wild distortion in perspective & sound – now complete with visuals that echo that – was a a large part of the reason that whole set-list of songs stood out as powerfully as it did.  By far one of the best breakdown/bring-back combos you’ll find in any tune out there, this year & beyond – The Key Of Green scorch their way to the finale of “Dirt Of Worms” in a massively memorable ending.  They truly made the most of every moment on their latest record and easily smashed through all expectations of their highly-anticipated follow-up, even after the impressive standards already set in the creativity on display throughout their debut album Metaphorical Fires from the year before.  The Key Of Green is definitely without question one of the bands out there you gotta have on your radar and on your playlists for sure this year – they’re bringing something decisively new to the music-scene, and it’s straight-up essential listening.  Check out their latest lyric video for “Dirt Of Worms” below!

Listen to more music by The Key Of Green at Spotify here:  https://open.spotify.com/artist/7rdHOgyodeuLmIU7eiWKCA