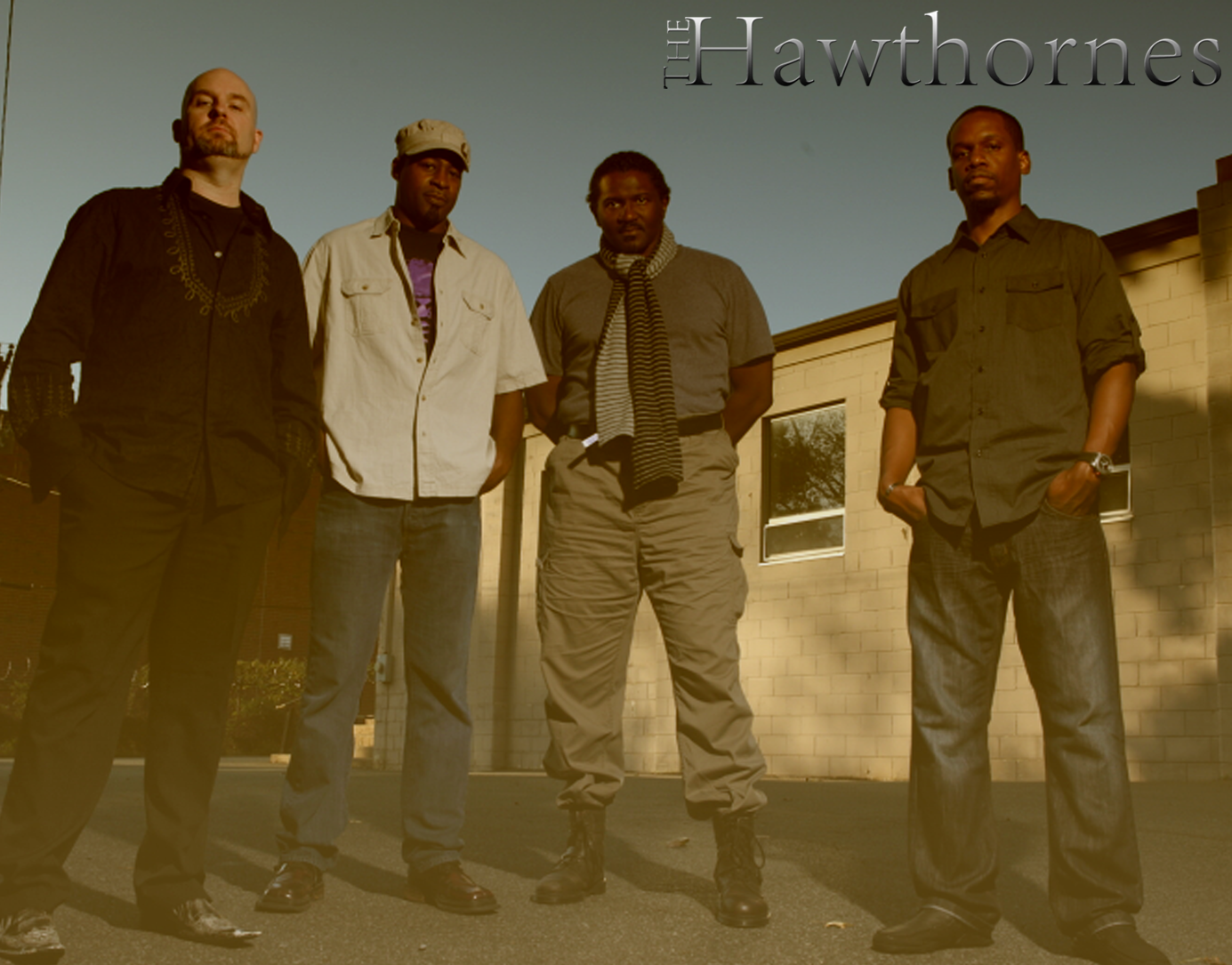 The Hawthornes – More Than Eyes Can See – Album Review

Meet The Hawthornes! Through their debut album More Than Eyes Can See, I’ve just been able to discover them recently as well – you’re not that far behind at all! Push play and let’s examine this first full length effort from The Hawthornes.

And if you were initially thinking country music…don’t panic. I kinda was myself – but I listened multiple times and I can safely say there’s no hint of the genre or resembling twang anywhere on here…

What I did get was a series of pretty spectacular jams! But you know that already…you’ve pushed play – you’re already ear-deep in the opening track “Spare Me Your Sorry,” which gives you an excellent idea of what’s to come. This opening track comes at you like a mixture of Living Color and King’s X, resulting in a heavily funked-out track that easily provokes the listening of the tracks to follow.

Walter Charles – the lead singer is a very flexible cat upfront on the mic. His ability and skill in adapting to the needs of each song is a tremendous gift. Who out there remembers The Verve Pipe? Cause I do. And if you listen to “Beautiful” and you’re sick like me and can recall the tone of the vocals in The Verve Pipe material (C’mon…you remember…”The Freshman” at least right?) – you’ll hear the dead ringer he becomes, adopting a more throaty-vocal style to this pop-rock jam.

But with each song, he finds a unique avenue and way in. He’s clearly both not afraid to try anything AND his band has completely afforded him that ability to go with his instincts. Take their track “Imagination” – he starts out nearly like Kele Okerele of Bloc Party before coming back to an almost Steely-Dan-meets-King’s X type-thang. His writing style often reminds me of the band Feeder quite often as well in the spacey-style pop-rock songs often found in their fantastic catalog.

Now of course which style he chooses might help dictate which of these 8 songs become your favorites, but the quality, consistency and skill never drop in any of his ventures or stylistic choices.

And to the rest of you singers out there – do you have this same kind of freedom to branch out and do new things? Cause if you don’t – you should WANT that. Especially when you get results like this.

But again – credit to an incredibly tight band. Mike Prescott has a wicked sense of what to put into these songs, often opting for being a prevalent piece of the music rather than the dominant one – though if he’s taking a solo watch the fuck out cause this guy can put enough electricity into a guitar to power it without an amp. Chris Freeman – an incredibly gifted bass player, has the ability to really lead the songs in playing with Mike and you’ll often find him just ripping it up in their more funked-out grooves.

Seriously – these guys can PLAY. But you know what’s REALLY awesome? That you can HEAR them doing it! Here’s what I mean:

Through both the production AND the way that their drummer Rob Bowser plays with style, patience and space really gives light to ALL of the players in this band. It’s not that he’s a minimalist – he demonstrates all kinds of skills, but perhaps none such more than the choices he makes in his writing. He doesn’t overplay – ever.

His style truly allows for each member to take their own turns in the spotlight in a band that certainly harbors many skills to be represented.

When I say these guys can play, (Really – no joke!) I also mean something else…

You can hear how well these songs would come off live, like to the point you can close your eyes and visualize it kinda clear… Each of these tracks have such an excellent jam-like quality to them that I can only bet on-stage they take on a completely different life of their own. It’s obvious that the skill from these musicians is something they can bank on – I’d be willing to bet that ANYTHING could happen out there on their stage on any given night. Take a track like “Listen” and just imagine the glorious animal that song could become in a live venue!

All in all – definitely a band I’ll be keeping an eye on. There are old-school-skills that run deep in this band with new ideas on how to bring them out in their songs; played with precision but still somehow able to keep that jam-like feel. For a debut album, More Than Eyes Can See is tight enough to convince you it was their tenth album.

You can SEE more of what I have to say about The Hawthornes on episode 079 of SBS Live This Week featuring Swami Lushbeard posting up late tonight!