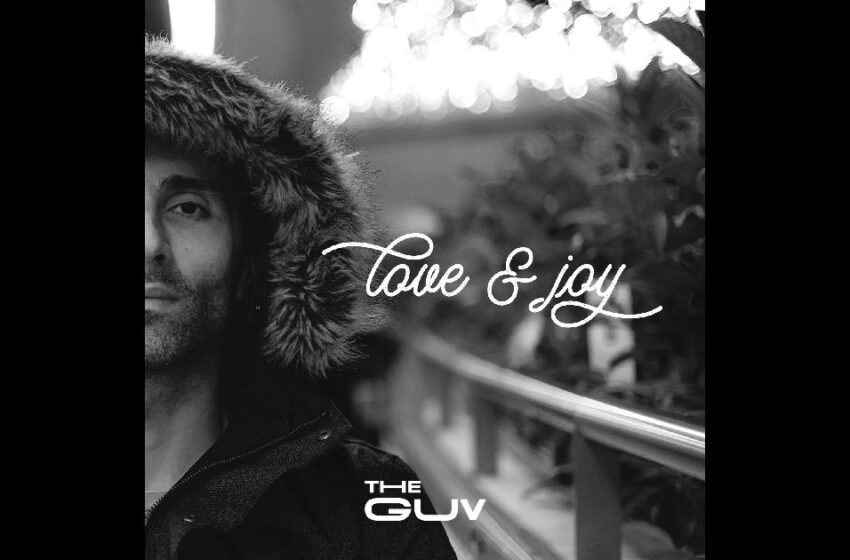 We were introduced to the sound & songs of The Guv back at the end of last year, discovering a genuine uniqueness in this dude’s music through a couple of singles I reviewed called “If I Kill My Darlings” & “December In Istanbul.”  Back with a brand-new song called “Love & Joy” being released on all online platforms as of March 26th this year, The Guv returns with another track that’ll quite likely surprise ya.

I’ll admit…The Guv’s stylistically defined vocals are always going to make some kind of impact or impression on the people out there listening, and that remains an advantage here – but for a moment, for a brief minute there…I was wondering if he was going to bring enough to this song to stand out.  As it began, “Love & Joy” seemed like it was heading in the direction of keeping the emphasis on the simple & quaint mellow vibes you’d wanna find in a song with this type of sentiment & perhaps nothing more – but that just wouldn’t be The Guv we know & love, now would it folks?  I was more than pleased to listen to this song shift, transition, and morph its way into something much more involved, special, and stunningly beautiful…essentially what I’m tellin’ ya is, there’s a whole lot more to this single than you might expect as it starts out.  Hopefully I don’t have to encourage you to keep listening to ONE song and our collective attention spans haven’t gotten that short…yet…but you get what I’m saying – you’ll like what you hear as “Love & Joy” begins, and most likely be more excited for what happens afterwards.

There certainly ain’t nothing wrong with that…in fact, some folks call it the art of songwriting.  I felt like I was sure The Guv was about to take us into something fairly predictable as it started…but I should know better when it comes to this man’s artistic inclinations.  Over time the beginning proved to be the building of momentum for the structure of “Love & Joy,” and the opening moves through quickly enough to stay satisfying.  In less than a full minute, you can’t help but hear the twists come in as the Led Zeppelin/Robert Plant influence on the melody bends to reveal a whole lot more depth & dimension than you tend to find in the Pop/Rock realm, and certainly within most love songs.  Of course, that works both for & a little against The Guv in some respects – “Love & Joy” is a win for its artistic design & ambitious nature, and it’s also because of that, he’s got a track here that is likely a bit more complex than the masses tend to expect within this type of theme.  In my opinion, given that The Guv already comes with an inherently unique sound through his vocals, there’s every reason to keep taking chances with his songs like this…he might trade a bit of accessibility in favor of art on “Love & Joy” but there’s no doubt that there’s a genuine uniqueness & audible identity to the music he’s making.  He’s got poetically-inclined lyricism that also works strongly to his advantage, and with the twists & turns of the music, it gives this song a sense of epic adventurism that gets revealed as it continues on.

You end up in this mix of seriously triumphant sound, loaded with a warm & inviting glow that’s sincerely welcoming & interesting to listen to.  I don’t know that I can argue you’ll find the kind of traditional hooks you tend to find in most songs, but I can vouch for the fact that with each piece of this song’s structure in transition, I kept finding myself in awe of how The Guv was able to make so much out of this moment in time.  Like I told ya at the start – I thought this was all gonna be simple & straightforward when “Love & Joy” began – and I was pleasantly surprised to discover just how unpredictable the sound & design of this song really was.  I think the grounded & humble charm of The Guv is always going to be enough to draw people in to listen to begin with…I think the sparkle in his production and the efforts made in that regard are nothing but top notch…and I truly believe that there are a whole bunch of folks out there all around the world that are looking to hear MORE in the music they listen to, which is exactly what this fine man is givin’ ya right here through this innovative love song.  He’s got a dreamer’s vibe that connects in a very uplifting way on “Love & Joy,” and I can’t imagine anyone out there fighting against the sentiment of a track like this one here, unless they’re the hardest of hearts already.  For the most part, I’d be willing to bet on the people out there having no qualms about succumbing to the sweetness of The Guv’s voice & new single, absolutely loving the instrumentation they’ll find from the shining guitar parts to the exquisite violin added in, and the magnificently interesting way that he crafts his music with authentic sincerity & passion to appeal to the hearts & minds of all who listen.

Find out more about The Guv at Instagram here:  https://www.instagram.com/the_guv_music