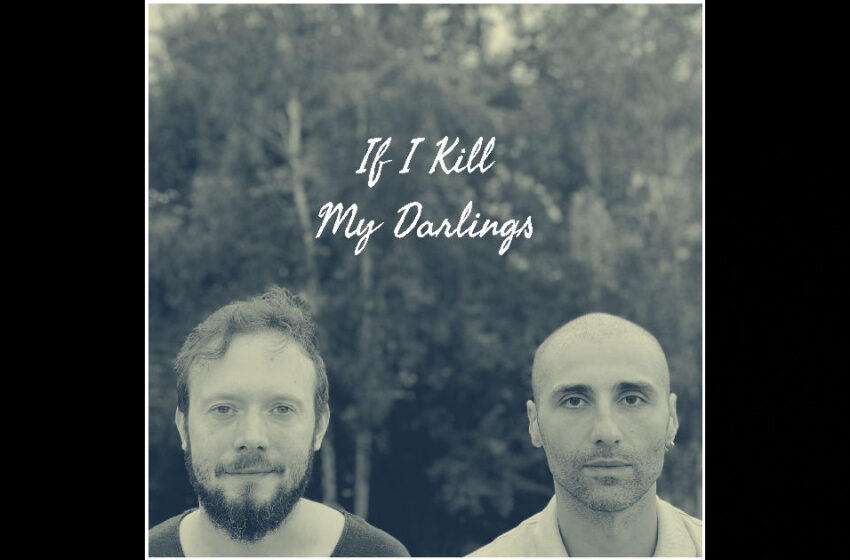 I really dig the humble characters you find out there every so often in this music scene we share – people just like this guy right here, known as The Guv.  Tunes come across this desk in many different ways – and the artists & bands I tend to remember the most over time are the folks like The Guv here that are able to convince me within a couple of sentences that they put their heart & soul into all of what they do.  A little genuine communication or sincere details in a bio can go a long, long way y’all.  It might not ever really end up having any sway over how I feel about the music being made, but being able to verifiably see & hear authentic passion…I mean…the value in that is priceless.  The Guv has had himself quite the busy year or so…you can tell this guy is at that inspired point of an artist’s career; you can see it in the series of singles that he’s released, and you can sure hear it within the music he makes.

So.  Ultimately I think a couple things can be true here.  In listening to “December In Istanbul,” the first thing I can tell ya straight off the bat is that I definitely dig what I hear.  To a degree, I can hear that a song like this is not exactly in lockstep with what’s happening out there in this scene we share…I think that’s fair enough to say, at least on a mainstream level – but that’s far from any kind of disqualification when it comes to my playlists over here, or the ones of dedicated music fans from all around the world.  Because I look at it this way – The Guv has the kind of uniqueness that stands out, leads to longevity, is rewarded by the most loyal type of fan-base you’ll ever be lucky enough to meet, and a career crafted on tunes he’ll always be able to proudly stand behind.  I really dig the amount of detail that goes into a song like “December In Istanbul” – it’s heckin’ downright mesmerizing with its use of cello in the mix, ambient sound, sparkling acoustic vibes, and outright stunning vocals.  The Guv’s got an absolutely sensational voice when it comes right down to it – I honestly can’t say enough about it.  As to what he DOES with it…I have no idea how he decides, how he chooses, or what he might go on to do from the future from here – his potential…is outright STAGGERING.  I listen to “December In Istanbul” and I’m more or less convinced that The Guv here, could just as easily emulate Freddie Mercury as he could Robert Plant…that he’s every bit as relevant & unique as an artist like LP, or potentially as vibrant and lively as something like Mika…or as innovative & cultured in sound like you find in Beirut – you see what I’m getting at here folks?  This dude’s destined for greatness if he plays his cards right and continues to put this amount of attention to detail into the music he’s making – “December In Istanbul” is remarkably enchanting, charismatic, mystifying, and undeniably captivating.  Going back to the original points I was making – this kind of uniqueness, over time, becomes an asset; I ain’t gonna lie to The Guv and tell him this stuff just happens overnight, but as far as my ears are concerned, if he stays the course he’s on, it’s gonna lead him straight to his destiny and one heckin’ satisfying career that spans years and years.  Even in listening myself – I heard “December In Istanbul” for the first time, and immediately heard the stellar sparkle it has in its warm organic production and intimate atmosphere…I appreciated the songwriting and ambitious nature of the structure & its details every bit as much as I appreciated the performance I was hearing and how it seemed to blend the past with the present in a genuinely exciting new way.  That being said…a first spin is one thing…an initial impression is only a piece of the overall puzzle when it comes to listening to music – and it wasn’t long after that second spin that I needed a third, so on & so on.  Soon enough, I realized I was outright hooked on “December In Istanbul” – it’s really got it all when it comes right down to it; it’s every bit as artistic as it is entertaining, and that’s right up my alley for sure.  Anyhow…I suppose the point I’m really making is, The Guv WILL absolutely win you over.  Going back to the comparison to the artist LP…you feel that creative spirit in listening to The Guv – this whole tale he’s crafted throughout “December In Istanbul” is beautiful to experience on a lyrical level, and he gives it everything it needs to support its gorgeous melody, dramatic tension, and exquisite atmosphere along the way in how he sings it with such undeniable interest, focus, passion, and all-out brilliant tone.

There is extraordinary depth in the songs being written by The Guv…and though I might not know exactly WHAT we’ve found here…yet…I do know the sound of something special when I hear it, and this is that.  Listening to “If I Kill My Darlings” was simply confirmation at this point for me – and there’s not a doubt in my mind that’s exactly what it provided – this is just straight-up interesting to listen to, full stop.  It is a long kept secret in music’s history that getting a perfect whistle onto a song can actually be one of the toughest things you can try in a studio – but correct me if I’m wrong, every singer that’s ever been able to pull it off successfully, quite likely also has an incredible voice to go along with it, including perfect pitch & tone.  You can include The Guv in that assessment, without question.  For a dude that’s been releasing music for what looks like a relatively short time in the grand scheme of things, I am 100% amazed by the talent this dude’s got, the insightful way he writes his music & words…and his voice SHOULD have you putting down your fork & knife for a moment to pay some seriously undivided attention!  Like…I’m practically beggin’ y’all at this point – don’t let yourselves down – do not miss out on what The Guv is creating…because this is absolutely art in audible form.  “If I Kill My Darlings” plays like a music box of sorts…it’s another song that’s got that hypnotic & mesmerizing quality to its whole vibe that seems to keep us captivated, frozen in place, listening to every detail and moment.  I’m not completely sure about all of what makes the magic in the music happen…I’m thinking that’s actually a banjo we’re hearing?  With strings?  Don’t quote me on that…but I think that’s what we’re hearing in a lot of “If I Kill My Darlings” along with the main guitar & whatnot – isn’t it?  And ain’t that something just on its own?  I mean…to say the least, even if I don’t have all the instruments correct, you get what that would still likely sound like to listen to, and you know that’s not any kind of typical pairing based on comparisons to like…oh, just about everything you’ve heard quite likely…but when you hear how well this works, you WILL be amazed.  The Guv goes absolutely ALL-IN when it comes time to perform – and listening to him in action is practically otherworldly…this is an artist with a gift for creating spellbinding songs to begin with – and when you factor in the incredible voice he’s got, along with the superb instrumentation surrounding him – I’m just saying…if you’re not listening to something like this, that says more about YOU than it does him.  Because the effort has been put in…the results are flawless…the entire sound of both of these songs is immaculately produced & performed…and I truly believe that The Guv is onto something very special here, with limitless potential and possibilities for the road ahead.

I’m extremely impressed to the nth degree…no stone has been left unturned, no detail overlooked.  The Guv has the passion & talent it takes to win awards for the music he’s making, and I’d highly suspect that we’ll see him takin’ a TON of hardware home for his efforts over these next years to follow if he keeps the quality of his writing & performances as stellar as you’ll hear it & experience in these two cuts.

Listen to more music by The Guv at Spotify here:  https://open.spotify.com/artist/7qcqoK0pPO73zwP80Ip0lH

Tags: December In Istanbul If I Kill My Darlings Singles sleepingbagstudios The Guv