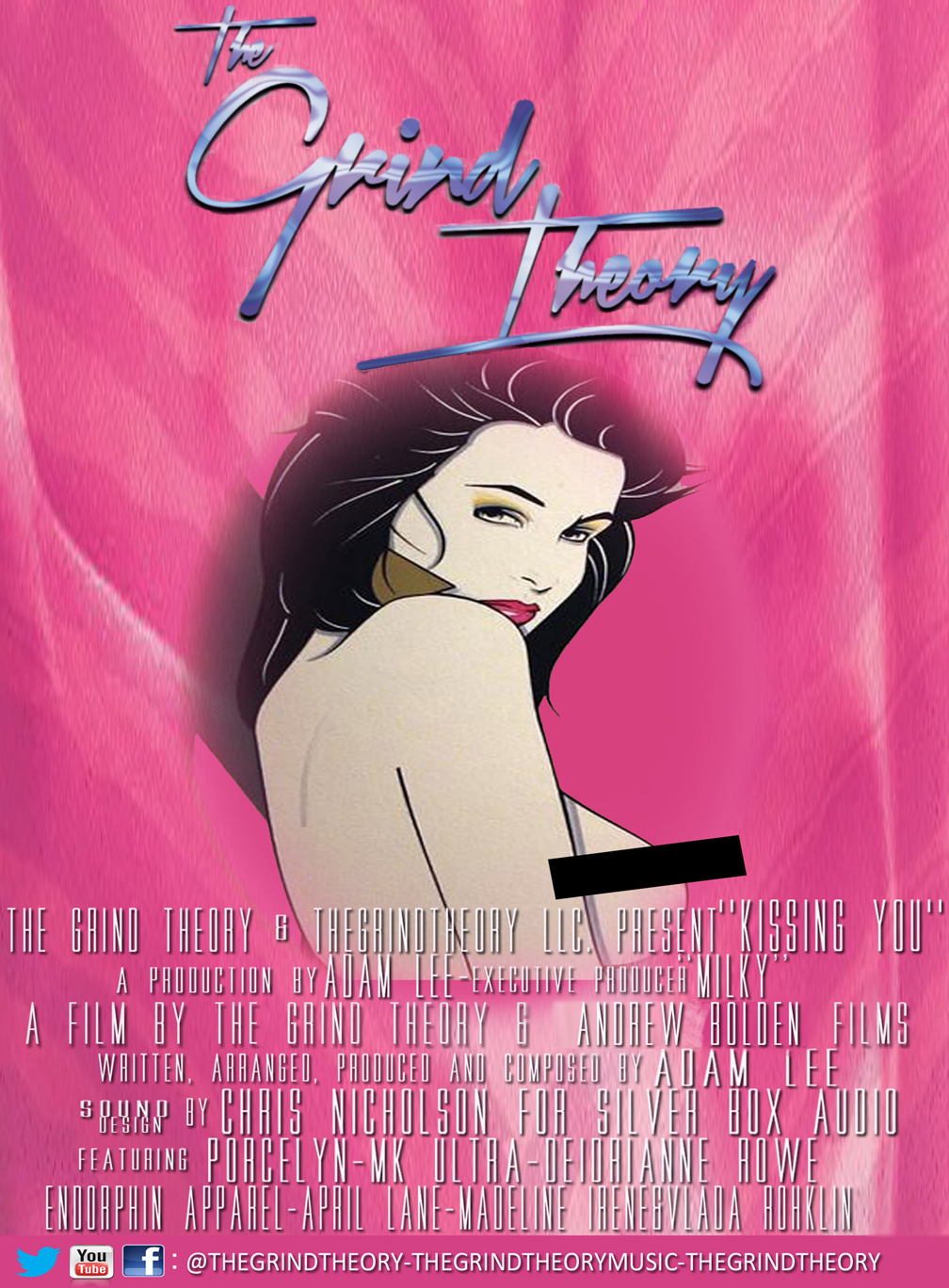 New single from The Grind Theory, the third to be exact but first time on our pages here; “Heartbeat” pulses along with innovative and creative electro backing a strong vocal performance and overall catchy groove that certainly warrants a listening from both of your earholes.

Reading into The Grind Theory actually makes for quite the read…it seems that the mind creating the music is one of an organic nature…but not quite all-human. A humanoid replacing the artist that died less than 90 minutes after being born in 1984 – The Grind Theory was officially cloned in the year 2058 and somehow ended up back here trying to find a way back to his own time. You’re reading this too right? I swear I couldn’t make this stuff up on my own – I’m not that creative, straight-up.

Robotic in nature, the synth rhythms in “Heartbeat” work extremely well and bounce intensely through the speakers from left to right. For an artist coming so far from the future…you might be surprised to hear much of this sound is still based in music’s historical timeline in a merging of 80’s new-wave and post-punk sounds with the rock-alternative edge of the early 2000’s. I mean…we’re even reaching back to grab some classically smooth saxophone sounds that feel genuinely stripped right out of music’s timeline…perhaps our friend in The Grind Theory bounced to many timelines before finding our own in 2015…I suppose it’s possible! Of course…there’s no way to be 100% sure…so I’d like to use my phone-a-friend to get help with the answer on that please; someone get me the number for John Connor…

What I like about The Grind Theory aside from the interesting sub-plot taking place behind the music, is the smart assembly, structure and commitment you can hear strongly in “Heartbeat.” This is definitely an artist in their prime…one that has let go of whatever might have been left of ‘the fear’ and is charging full-speed towards the spotlight with confidence. Again…this could be totally due to The Grind Theory knowing the outcome of the entire scenario in the future, but here in the present day he is kicking a tremendous amount of ass on “Heartbeat” as this dynamic track pulses, clicks and switches smartly throughout the composition.

Lyrically-speaking there’s a bit of room to grow still. A few of the rhyme-schemes are a little typical in the sense that you can hear the lines coming at you before they’re sung…the logical ones. In other words – the ones that fit right. You really can’t fault him for singing out loud what kind of naturally comes to the mind when it comes to our own as well, know what I mean? And with all that being said…so what? The flow, the metering, the delivery, energy and emotion are all 100% in line perfectly and The Grind Theory is really crushing it with an outstanding performance bursting with confidence and booming production on “Heartbeat.”

Other available singles include the electro-fantastic beat of “Kissing You” which has a massively-addicting beat & hook that starts right from the drop and never let’s go. Full of innovative ideas, creativity in sound and including another confident performance from The Grind Theory; it’s another example of the strong ability this organic humanoid-dude has when it comes to the structuring of dynamic beats and songs that build with energy and clever hooks. “Tonight” also brings an entertaining, up-tempo vibe…in a strange way it really sounds like an update or continuation of where like…Billy Ocean might have ended up if he was still kickin’ it today…like I said, The Grind Theory is using some smart sounds and influences from throughout our music’s timeline and “Tonight” is no exception. As much as I dig both of these previously released tunes…I can also hear the progression of this artist through the latest single “Heartbeat” and how much more confident The Grind Theory seems to be in our present day.

But if my math is correct…we should be guaranteed like, a LOT more music from The Grind Theory in the future years to come…unless he somehow escapes the timeline he’s on… Otherwise, he’s still not due to be fully cloned until the year 2058…so I think we’ve got at least another 43 years of music to come from The Grind Theory until there’s another grinder to make music with him? Or maybe three, or four?

Good lord…when you think about it…the possibilities and potential for The Grind Theory to continue to build and expand upon this sound are limitless! Gotta love that!

The Grind Theory album gets officially released on July 25th – stay connected at get details at the official Facebook page at: https://www.facebook.com/THEGRINDTHEORY