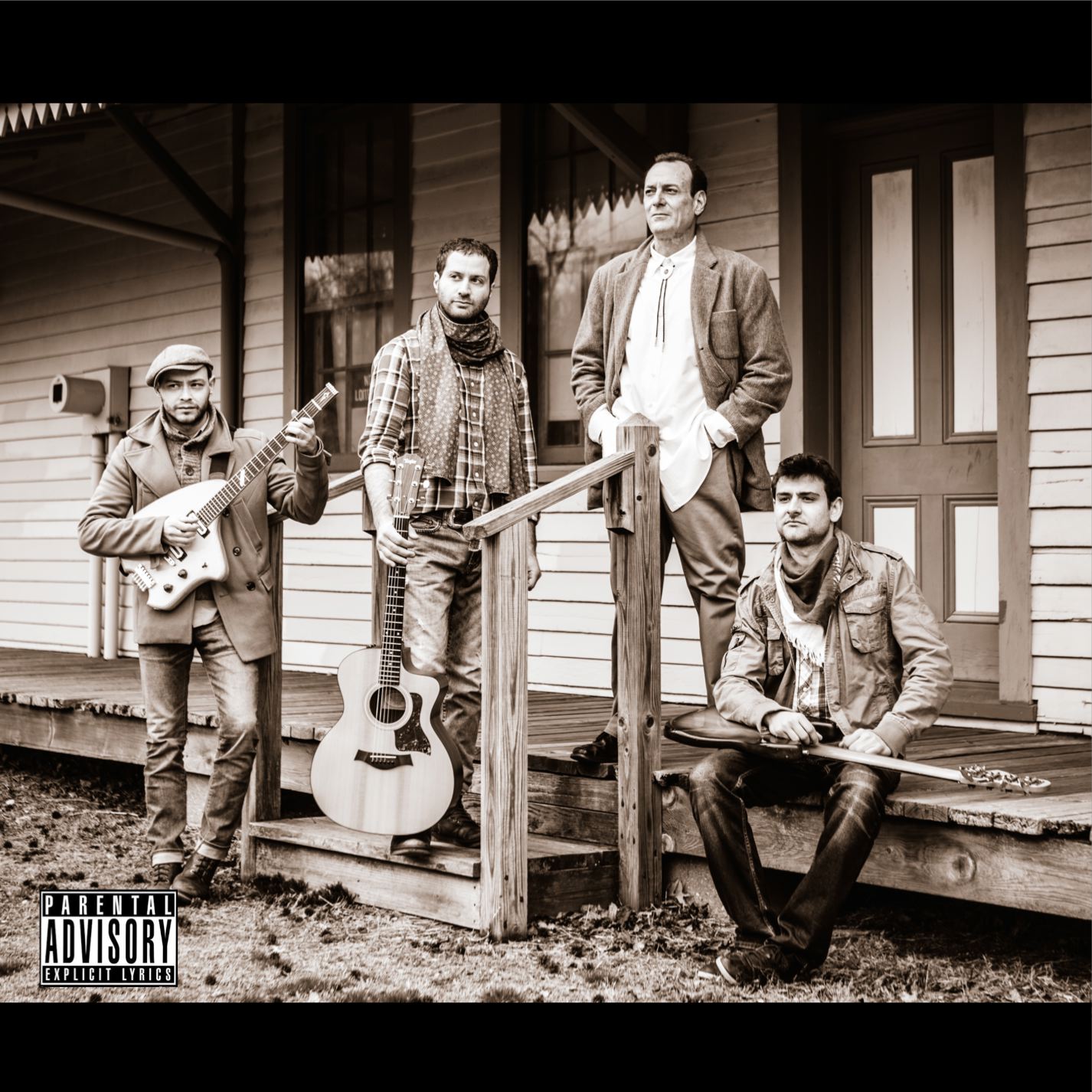 The Grave Jinglers – Reign Of The West – Album Review

Even though I’d probably consider this just outside of my ‘normal’ genres of choice, there’s a ton of reasons I found to crossover to The Grave Jinglers and give them some ear-time for their latest album Reign Of The West. An extremely rewarding choice; this blend of Rock/Americana works really, really well right from the opening track “When I Shut The Door” as The Grave Jinglers demonstrate tight songs, skillful playing and perfect production on this album instantly.

Where they started to officially hook ME in personally; came just as quickly, right there in the following track, “The Open Road.” Don’t get me wrong…the opening track is solid too, but like any good album should…they’re giving you a sample before unleashing the beast to come. “The Open Road” packs in a beautiful melody, excellent harmonies ending in the result of one stellar track, through and through. Their instincts to switch up styles and sounds is excellent; they follow that melodic track of “The Open Road” right into “Doo Wop In The Restroom,” a completely groovy track with some absolutely perfect guitars and drums driving the hook-laden beat. Following that, you’re into a blues-rock riff and epic-sounding slow-grind of “No Hold On Me;” there’s no doubt – this is a very well-rounded out band that definitely contains a wealth of talent succeeding in any sound or style they seem to want to take on.

“By The Blue Lake” is such a comforting track. The sound, pulse & rhythm of this song are gentle in nature and feel real easy-going and relaxing. I realized as I was writing this and listening again, just how many switches in tone & feel this album has…yet how incredibly consistent it remains…

…when the music itself finds a home at the fringe of every genre, there can be but one major determining factor in sound left…the singer! And I realized just what a lynchpin that is for The Grave Jinglers…he certainly has a signature sound of his own that really bonds all this music together in a comfortable way that completely works. Then I look these guys up halfway through my first listen, and discover the lead singer’s name; Doc Reinhart! Now…I know, for some that’s not going to be a stunning revelation perhaps…but then YOU explain the friendly vibe that comes along with his singing voice! It just seemed fitting to me…like the family doctor you’ve always had your entire life, moonlighting as the ultimate rock-star…awesome.

Now…there very well might be some people out there that don’t quite gel with that voice…that’s always the consequence of sounding like YOU and not someone else. While I’m sure he would go through comparisons like anyone else, the closest I could come up with would be found in bands like Kings Of Leon, Brother Cane and our very own Doug Bennett of Doug In The Slugs (R.I.P.)…there’s a bit more flash in his style than those first two mentions, hence the third… The rocker in him is prevalent in the barn-burner “Smoke In The Rearview,” a track with a real classic-rock feel to it; Reinhart reaches right to the back of this throat for this one and the ripping of sound ensues…it’s awesome. Completely stand-out bass in that track as well with Martin Doykin laying a wicked, thick & meaty sauce all over the place as this track drives the album forward.

Great instrumentation on the following track “San Fran Delta Man,” a real journey of a track that tells a solid tale and features several switch-ups in style in this one track alone; a skilled assembly and composition and one they pull off very well. “Reign Of The West” brings the energy back up once again, in another track that the Kings Of Leon would have been proud to write themselves. The Grave Jinglers are awesome when they harmonize like this, they’ve got great ideas for backup parts and towards the three-and-a-half minute mark, Reinhart brings it all to another level reaching way up there once again to find the perfect place to echo from atop this rock.

I can DO “Country Club Road,” there’s enough of a pop/rock element to this country that I can live with this, and again, digging the guitar work and Reinhart’s instincts on where to take the direction of the lyric-flow. Even though the argument could be made that this is a ‘country’ or at the very least a ‘country-rock’ song…like I said…I can DO this…I’m listening…still.

What I can’t do…not one more time…not from The Grave Jinglers here, nor anyone else…is another cover of “I Fought The Law.” I can’t take away anything from their performance or the handling of this song as a cover overall…but I sure can for song-choice. Not of a fan of the original, just not a song that’s going to resonate with me in any form…and I’m REALLY not sure how I feel about that being on this album to tell you the truth! So far I’ve had nothing but originals to my knowledge, all completely stellar and all solid from any angle of songwriting…so…so then why? Why guys, why?

Wait! Wait a second here…I’ve got it!

Contrast of course! My theory is…that The Grave Jinglers wanted to display horrific songwriting through a cover song before the final blast of their OWN amazing songwriting on the record; the final cut “I’ll Turn The Light Out For You.” It all makes much, much more sense to me now! Okay…you all get it I’m sure…not a fan of whoever burdened us with “I Fought The Law,” I’ll stop beating that dead horse as we’re at the end of the album and review now anyhow…

But let me say THIS; the return to their own sound…this final, emotionally-intense and perfectly delivered song leaves you with the lasting impact that their music deserves. There’s a ton of thought, hard-work and effort all throughout this album…and I personally think that one slip in cover-choice might have cost them that lasting impact on a listener had it not been for this final song being delivered so powerfully. There’s a lot of skill and even more promise here…no cover song or gimmick of any kind should invalidate that.

Find out more about them at their official page here: www.thegravejinglers.com

Tags: Album Reign Of The West sleepingbagstudios The Grave Jinglers