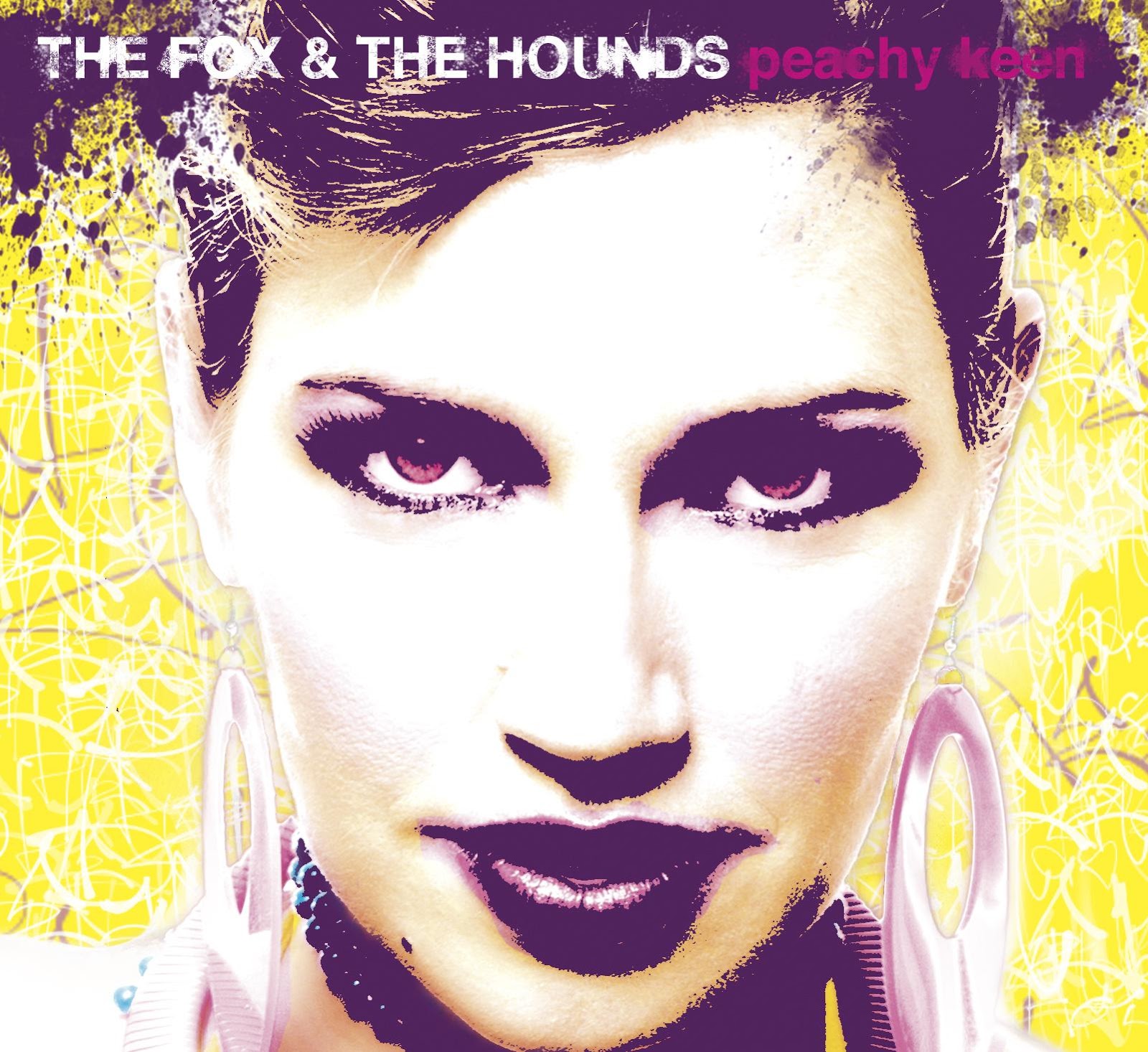 I had to look this one up despite being sure I hadn’t heard the music of The Fox & The Hounds…I wasn’t entirely sure we hadn’t come across them in the past somehow… As it turns out, I did look it up…and no, we haven’t reviewed The Fox & The Hounds before – how silly of me right? I had them totally confused with another band we had reviewed before called The Fox & The Hound; I suppose sometimes a single ‘S’ can make all the difference in the world…completely my bad there…what was I thinking?

What I can tell you is that I dig the dark melodic-rock from the pluralized-version of this band-name – The Fox & The Hounds have found a way to combine the mystic & the majestic on this new Peachy Keen EP. Vibrantly rocking from every angle – this band is like…No Doubt’s darker, more-focused, more-theatrical cousin; the rhythm & groove to these songs is often playful, bouncy & rubbery…but it never really gives up the menacing-edge that seems to come along with the vibe on this record. Solid alternative songs here on Peachy Keen…production on’em all is outstanding and the performances sparkle and pound with confidence.

I’m serious about the pounding – listen to the opening of the EP when “The Guilty Ones” starts! Better yet…wait for that roommate you have that you don’t want to fall asleep and then crank this up just to see if there’s any human that could possibly miss the beginning of this electric track…no way they could sleep through it. The Fox & The Hounds rumble into your stereo quickly with confidence, and then into a brilliantly-devilish guitar-line that eventually breaks way to a lighter bass-groove/drumbeat combo where the vocals begin to lead the way. Twisting with charismatic-charm and beautifully-sung melody, the female-lead sounds spectacular and delivers in-full as the music in “The Guilty Ones” continues to build upon itself.

“How The Other Half Live” is a truly unique combination. So much so, that I was probably least sure about whether or not this song worked for me personally, though I can certainly recognize this to be a hit-song immediately. There is a LOT here for people to latch onto, and as they wind through horn-sections, impressive drumbeats and dramatic-theatricals, the song has a genius-level of crossover appeal. Again, executed with stunning confidence, The Fox & The Hounds truly remind me of a Tragic Kingdom-era No Doubt here…but again, even if you were to listen to that record in comparison to this…I can’t see The Fox & The Hounds not winning your attention even if they released this EP in the same year. The production is sparkling…this record sounds fantastic…and that dedication to the studio-boards has been just as impressive as the music has been itself.

Although there are similarities to bands like No Doubt, Garbage, or our more-recent discovery when reviewing the band Head from here in Vancouver – largely The Fox & The Hounds are going their own route and blazing a trail that has little tread upon it. Songs like “Made To Love You” combine big-anthem rock with a more modern-day style & sound…excellent guitars ring out through this song and the use of space in the atmosphere of the breakdown is perfect. Switching to a lighter, more angelic sound briefly before hitting the switch and pounding out the chorus powerfully til the end – the vocals match the intensity and energy all the way through, rising when the music roars and dialling it back perfectly to add in more emotion during its softer moments.

“Run For Your Life” sounds like fun immediately. Subtle but playful in nature…the song stays tucked away like a tiger in the grass just waiting to spring on a passing gazelle or whatever the hell tigers eat. My point is that it’s probably more similar to waiting to pounce on an animal rather than a head of lettuce…you know, like music does. Whatever…none of this allegory is working – “Run For Your Life” fuckin’ rocks and I suppose that’s the simplified version of what I’m saying here. You know immediately from the sultry & sexy sounds of the vocals that they have a slight element of menace & danger in their delivery…which can only lead somewhere…and it does as they rip through the up-tempo parts of “Run For Your Life” with deadly precision.

Taking the slight-chip that’s been resting on their shoulders away and sending the atmosphere of “The Same Girl” into a more electro-percussion and dream-inspired atmosphere as the song builds into a clever guitar-line, smooth bass and fantastically-swirling harmonies. There’s a lot in common with the alternative music of the late 90’s when it comes to the music of The Fox & The Hounds…thematically the lyrics are pretty dark and melancholy for the most part…it’s the way they’re sung that creates the contrasting beautiful overall result. Just before the four-minute mark, the music explodes like bright fireworks and envelops the rhythmic-chorus as it heads towards the end, combining that big-anthem presence with a solid hook for the ears to latch onto.

Making a memorable impact with a turbo-charged performance in “Panic,” The Fox & The Hounds storm through the final song on Peachy Keen. While I think the verse came out perfect as humanly possible…the chorus would take a superhuman to pull off through its rising-scale. On the first time through it…I wasn’t too sure she was hitting it full-on…the second time through I thought it came through as confident and secure in tone as she’s been throughout the album…it’s way, way up there…even in the moments where I’m slightly unsure about the tone as it drifts close to a whine…it’s still so impressive to hear that it’s impossible to not label the effort as close to superhuman as could possibly be given. And regardless…those moments are minimal for sure…the amount of kickassness far outweighs any doubt and even though “Panic” wasn’t my personal favourite, I loved the guitar breakdown and the groove & rhythm in this verse’s hook is impossible to ignore.

Solid effort all the way through for The Fox & The Hounds…I think I definitely hear a lot of potential for this band – their ideas are well-executed, confident and well-written. They’re creative in their combinations and choice of style & sound…a lot of imagination & a lot of skill here on Peachy Keen.