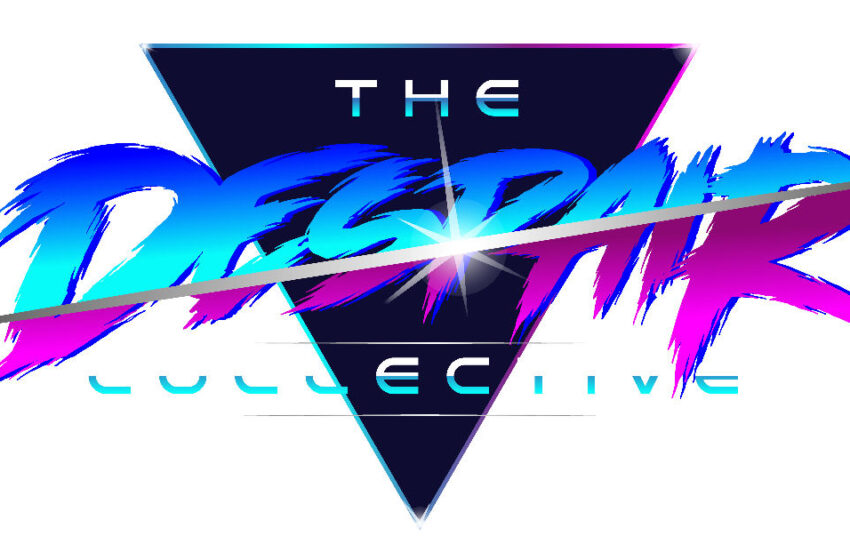 What’s immediately clear in listening to this debut single by The Despair Collective is that they’ve got all the right pieces they need to succeed, clever instincts to guide them there, an absolutely STELLAR attitude behind the scenes that’ll take them to the top, and let’s face facts – they’ve got a kickass name.

In fact…as long as they can steer clear of being the millionth customer to cover “Bring Me To Life” by Evanescence I figure they’ve got nothing but green neon lights ahead in their future.  I ain’t gonna lie though, even though I’ve bagged on that band for their stunning laziness with every opportunity I’ve ever had, I’d still be pretty tempted to do it if I was The Despair Collective and the dead-ringer they’ve got up front for Amy Lee.  Don’t get me wrong…it’s never been an issue with the quality of that band or their songwriting at the end of the day…it’s always been about their sheer lack of work ethic and the level of elevation they’ve managed to still receive in the process…but this review ain’t about that band…

For one thing, you’ll find The Despair Collective in the Synthwave section, which already gives them the advantage of being a part of a continuously growing genre that has endless possibilities and massive public interest.  This debut single “Your Say” leaves little to no doubt they’ve got the chops to compete & that they’ve got ideas of their own that are guaranteed to stand out; and as with all bands at the very beginning of their careers & timelines, of course there’s still plenty of room to expand, evolve, and grow from here on in as they establish their name out there in the scene with all you listening out there.  Word on the street is though, they’ve got all kinds of plans to fuse together a whole catalog of hybrid tunes in the future to follow, combining everything from Hip-Hop/Rap, Rock, Pop & more to their own versatile style…and somehow…if I’m reading these notes here correctly…they’ve even got an ACOUSTIC-based Synthwave sound somewhere in all this fun they’ve been having to be revealed as well?  Amazing!  I’m into it The Despair Collective – I say bring it on – y’all sound 100% into what you’re doing right now, and that passion even translates through social-media posts & the excitement being generated online.

Mind you, anyone with at least one functioning ear would be able to hear that The Despair Collective is putting everything they’ve got into their music…and quite honestly, you’ll discover that fact in itself is more than impressive.  Think of it this way – there’s remarkable balance on display in the strengths of this entire band…it might not even be fully noticed or realized at first, but consider WHY that is, and what that implies…  Why most people might not even hear the band is completely dialed-in, focused, and right on the money at first is completely, 100% because The Despair Collective has a POWERHOUSE on the microphone that was born to steal the show – it’s to the point where you have to credit her band-mates for being able to hang with the sheer amount of awesomeness she’s able to create with her vocals.  But that’s just the thing y’all – they CAN and they DO – as a band, together, unified, you can hear that they’ve got the chemistry it takes, the professional precision, and a sound that definitely works well – much to their credit, I can’t even imagine getting into this band to begin with without surrendering completely to the fact that the singer’s gonna steal the show with listening ears, at the very least at first, until they realize everyone’s got a hand or a couple hands involved in making “Your Say” as bold as it is.  And that’s more than OKAY folks!  There is nothing wrong with knowing where the focus is gonna be – and I can’t imagine a single listener out there not being massively impressed by what they hear booming & beaming out from the microphone when it comes to the music of The Despair Collective.  Hearing her hit the chorus is nothing short of brilliant…the range is there, the power is there, the conviction & commitment to the words is there…the belief in the material, the enthusiasm, passion…check, check, check.  For a debut tune – they should all be giving themselves a round of major high fives (socially distanced air-fives for now, whatever, you get it…) for what they’ve accomplished and just how much a song like “Your Say” stands out for all the right reasons, highlights the epic sound they’re capable of, and how it speaks volumes on behalf of what they put into their performance.  I can say with full confidence that The Despair Collective is already approaching their music with the expertise of veteran bands & artists that have been around for years & years…to be this far along at the start is an achievement in itself.  For the vast majority of what I hear, they’d need no advice from me or anyone else on what to improve upon…I suspect that leaving this band to their own devices is going to ultimately yield the best results if I’m being entirely honest…they’ve clearly got the right levels of creativity, imagination, sincerity, and heart in their material to wow us through their own ingenuity, and I’m confident they will many times over these next years to come in a complete variety of fabulously unpredictable ways.

Where would I encourage them to look for those opportunities to build on what they’ve started here?  Because let’s be clear…that’s all it would be, encouragement – ultimately I ain’t complaining about anything I’m hearing on “Your Say,” especially considering the debut status of The Despair Collective.  I’d probably be inclined to say there’s still room to sparkle & shine a bit more through the production perhaps…though when you’ve got a band that plans on being as diverse as The Despair Collective plans to be, you have to consider the fact that it’s impossible to know that from one single listening experience too…what we hear on “Your Say” might be exactly what they were going for, full-stop – and only time will tell through other tunes to follow.  Like I said though, I ain’t hatin’ on it as it is, I’m just hearing their best opportunity to improve in any area…because…like…I mean…you really can’t ask for more from the band itself in the way they play a single like “Your Say” – which is them giving it 100% of what they’ve got to give right now.  Will THEY evolve and grow from here as well?  Of course!  Even in the best of scenarios, there’s no ceiling on any of our talents if we don’t want there to be one – and not only do The Despair Collective have the right mindset going into this to continually challenge themselves in new & exciting directions, but they’ve got all the right pieces required to BLOW THE DAMN ROOF OFF – nevermind the ceiling.  As to whether or not this will be the single to catch fire for them and send them to the top, again, that’s perhaps another question still open for now…they might present something down the road with an entirely different twist on their sound, style, and perspective, which could potentially generate even more interest than “Your Say” might – but at the same time, I can’t imagine anyone out there not having a solid respect for the effort & passion they’ll hear in this song too.

I suppose what I’m saying is, The Despair Collective gives you a ton of reasons to dig what they do right from the drop with this debut single, and that everything I’m hearing also points to their best years still being securely ahead…which is great honestly…I can’t imagine putting out your first song and finding out there was nowhere else to go after that!  There’s a ton of creativity, talent, and undeniable passion being put into the music of The Despair Collective already that’s going to make a justifiably memorable impact on everyone listening…and to think they’ll get even better from here, is actually quite staggering.

Find out more about The Despair Collective from their official page at Facebook here:  https://www.facebook.com/thedespaircollective