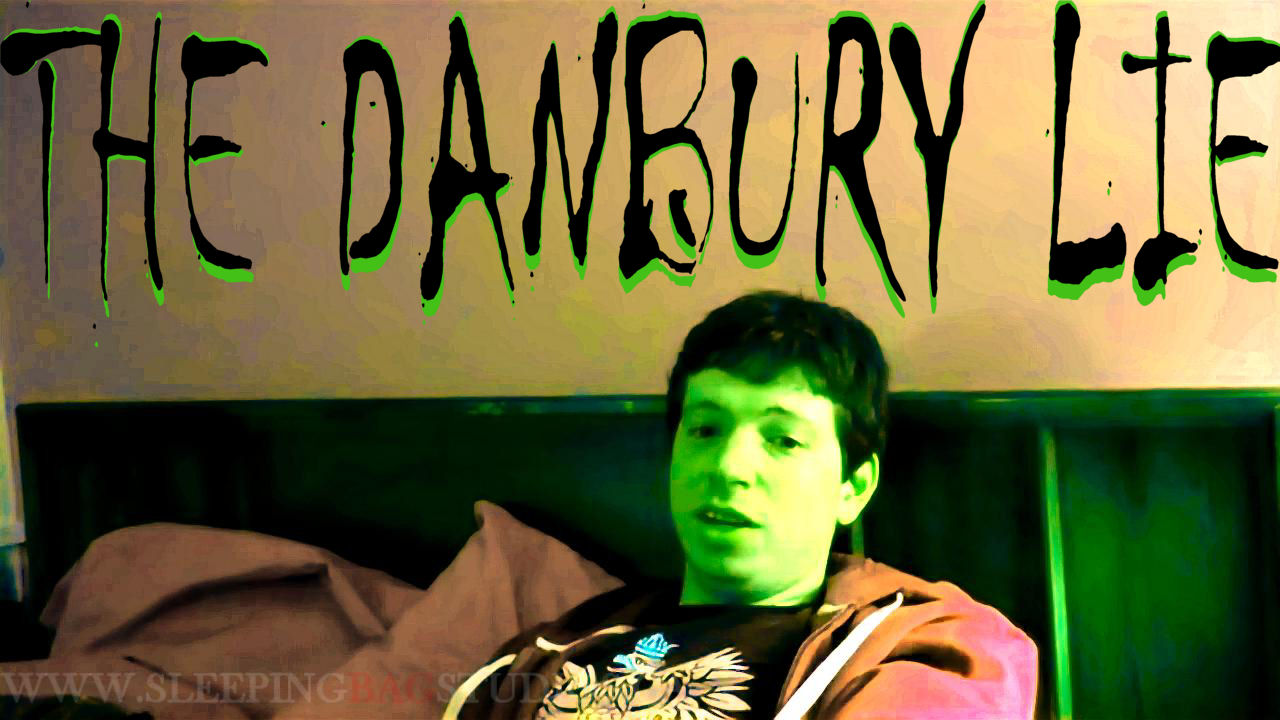 Interview with Rob Loncto of The Danbury Lie/Black Tar Pineapple

SBS: The name seems unique here – The Danbury Lie – can you explain the origin of the name?

Rob: Danbury is a town near where I’m from where I spent my 20s playing shows. Thurston Moore once famously called it “the next Seattle” and that never happened.

SBS: The first album from the The Danbury Lie has only seven tracks! That’s a bit of a tease as far as full album length goes! Not that we’re greedy….but when can your fans expect more music?

Rob: I’m a recording-aholic. I put out a record called “The Unnamed Album” about six months before The Danbury Lie, an EP called Black Tar Pineapple also in 2012, and have another EP coming out in March or April 2013.

SBS: I hear a very earnest pop writer with obvious 90’s influences in there. I’d venture to almost say something like the Beach Boys meet Primus…..how would you describe your music and what drives you to continue making it?

Rob: That’s a cool description. I’ve also heard “Elliott Smith meets Metallica.” I grew up listening to 90s music and metal but always loved Pink Floyd and got heavily into the Beatles later on, so that pretty much describes the mix you’re hearing.

SBS: Ok! So – we know a little about the Danbury Lie now – but we’re here to talk about TWO of your new releases – so tell me a little about Black Tar Pineapple…..tell us why you felt like this needed to be separate from what you do with The Danbury Lie.

Rob: Every Quentin Tarantino movie is called something different. Why can’t albums be like that?

SBS: It seems like no matter which band we choose – we see both short songs AND short albums. Billie Joe Armstrong from Green Day was once quoted to say that ‘anything that can’t be said in under 3 minutes isn’t worth saying.’ Is there some truth in that for you? What keeps the songs so concise and short?

Rob: There’s many different ways to do it. I guess when I got really into the Beatles I appreciated the tightness of their song structures and arrangements… there is not a boring moment in any of those songs. But old Metallica songs are 8 minutes long and they also feel like 2, so it’s more about not filling up the song with uninteresting parts.

SBS: I was taken right back to the 50’s and 60’s with your track “On Our Own” – and for the record, I wasn’t born anywhere near there…..what is it about this track that you think makes it so that we can close our eyes and maybe not know that this is a song from “right now?”

Rob: Well, the chord progression started as a rip off to “Cry Baby Cry.” A lot of people say it sounds like Dave Grohl though. It’s very simple though… seems like a lot of bands try too hard to be complex these days. Maybe to try to stand out.

SBS: Also a huge fan of “40 Square Feet” by Black Tar Pineapple – it combines a Beck-like guitar with a great lyrical flow. You mention in the song that “Life is a challenging game of chance” – some might say that’s a given – but let’s go into specifics – what made life like that for you personally, or at least what has given you this perspective?

Rob: I went crazy for a few months when I was younger. But other than that, nothing too specific. The song is loosely about having to work a job and trying to rock out as much as possible.

SBS: We are seeing bands like Mumford & Sons and The Punch Brothers come from nowhere and dominate the charts lately. So for these two bands of yours both with a folk/alternative twist on them – the timing is completely right. Those bands are also doing something very different from the traditional “folk” of the genre, just like you do as well – but we’re curious to know if you feel like there is anyone really doing what you’re doing musically out there right now?

Rob: Sure. Two of my biggest influences are guys named Don Ryan and Rubby. You can find their music online. They’re not mega stars but they keep writing and recording. Both essentially play folky music with an edge to it.

SBS: Describe your best music-related memory to us, from any age. 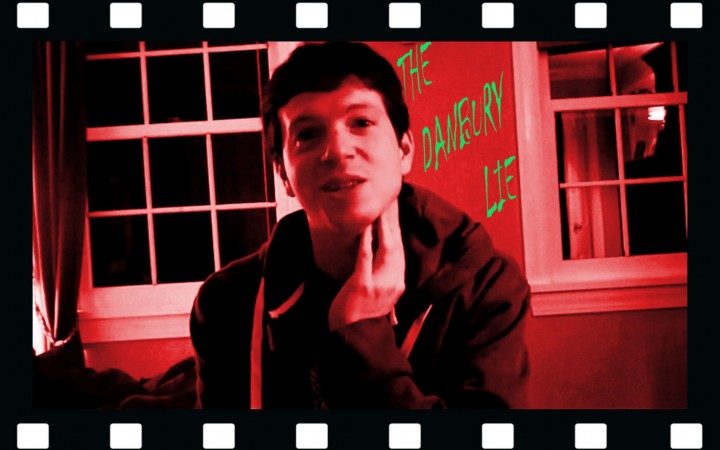 SBS: Tell us a little story about Frank Polacco! There’s gotta be something fun to do with this guy. I mean, yeah he does drum on one of the tracks – but on four other songs he is listed as helping out in the “vocal harmony craziness” area… So there’s gotta be a story there somewhere. Tell me about how you met and why you know he’s the one and only person that could have added just the right level of “vocal harmony craziness!”

Rob: We actually met in fourth grade in a school club called “The Banana Splits” for kids with divorced parents. Almost 20 years later, we finally started playing music together.

SBS: Right now we can see both of these bands all over bandcamp.com – but it’s a wide open world out there and the internet stuff never stops for new bands trying to make it and stay in the public view….are there other ways your fans can reach you like facebook or twitter? Let us know where else we can go to find out more about you!

SBS: To buy the digital album by the Danbury Lie will cost you a flat $5 whereas the new digital album from your other band Black Tar Pineapple will allow you to name a price for the music. As we are always looking to share success stories with bands looking to find new revenue streams to keep a bit of dough flowing – we’re curious as to both why you chose to price them differently, and which of the two methods you’ve found to be more successful.

Rob: Actually the only difference is The Danbury Lie is $5 for a mailed CD version, both can be downloaded for free digitally. I don’t think there’s a difference in which is more successful. I’m considering not even pressing CDs of anything I put out going forward, although it’d be nice for my sake to have something tangible (especially if I could do a vinyl release).

SBS: How about a more general question? How do you feel about putting any kind of price at all on something artistic like music? How can anyone determine what the “real” value is to them?

Rob: That is tough for me. For me, that’s the one real casualty of the internet era for music. Now you really have to be your own salesman of your music if you want to “make it,” instead of just focusing on writing and recording. But being able to listen to pretty much anything for free is pretty awesome. That doesn’t totally answer your question, but it’s what came to mind when I read it.

SBS: How about live shows Rob – are there any happening or coming up? What’s on the horizon for you in this upcoming year?

Rob: Parkside Lounge in New York City on January 11th, and more to come after that. And the next record coming out in March or April, as I said. Looking forward to having it exist.

SBS: You’re one of our first artists we’re working with in 2013 – how did you celebrate your New Year and say goodbye to 2012?

SBS: What in your opinion makes for a perfect cover track? Doesn’t have to be something you’ve done – but what makes a song worth re-doing and what does it need to make it a compliment to the original artist and not a musical waste of time?

Rob: Don’t matter as long as it sounds good. Marilyn Manson’s “Sweet Dreams” is different than the original and Pantera’s “Planet Caravan” is very similar to the original, but I like both covers a lot.

SBS: If you were handing both a Black Tar Pineapple cd and a disc from The Danbury Lie to someone for the first time, which would you recommend they listen to first?

Rob: It really depends since they’re both pretty different, which is why I named them differently. Black Tar Pineapple is more poppy and singalong-type, The Danbury Lie is more classical and punk influenced. I usually make an overly conscious attempt to dissect which of the two someone would like more when I hand out the CDs or website addresses.

SBS: Who did the digital art for the Black Tar Pineapple record? It looks good!

Rob: That’s actually part of a drawing a girl gave me several years ago. I found it while cleaning out my desk recently and thought it would look cool, so I scanned it onto my computer and wrote “Black Tar Pineapple” in Microsoft Paint.

SBS: You mentioned to me that you’re “basically a solo artist as far as recording goes” and that you use a band when you play live. Tell us why that is. Any desire to make a full band permanently out of either of these two projects? Tell us the truth! Is there a control-freak aspect at play here somewhere?

Rob: There is DEFINITELY a control-freak aspect. I’ve played in bands, and am happy with what I’ve done in bands but I need an outlet for music that is pure and not influenced by anyone. That’s how I get the most out of it. I’d love to have a full band permanently as long as I still feel like my intentions aren’t diluted.

SBS: Tell us a little about the players in the live band – do you find it difficult to communicate your musical vision with other people or can the people you’ve chosen play your songs as you intended them to be with the same emotion and passion as you yourself would?

Rob: Right now it’s three guys with solo projects helping each other out. Frank Polacco has a project called No Logic and Jeff Fraska has a yet unnamed project, and we basically switch instruments around and play on each other’s songs. It’s basically like bringing a split 7” vinyl to the stage, as Frank said. I like to think that I am cool with them putting their own spin on my tunes. We also write some together.

SBS: What do you personally feel are the best aspects of your music and why?

Rob: That’s really for other people to decide, but I guess I’d say it’s honest and doesn’t really have an agenda to it other than my own desire to experiment and play what I feel and have some new tunes to listen to for myself.

SBS: A fan comes up to you after a show and says: “Hey Rob – you just have to know, your song “Morbid Becoming” changed my life and your music means everything to me…” How would you respond?

Rob: I’d say, “Thanks Mr. Hetfield! Your music meant the same to me.” Haha!

SBS: Our traditional open floor for you – is there something specifically you would like to communicate or say to your fans?

Rob: Nothin. I think we covered it!

For more information on either of the two bands be sure to connect with Rob through Facebook at: http://www.facebook.com/thedanburylie

Check out more on The Danbury Lie at: http://thedanburylie.bandcamp.com/

More on his work in Black Tar Pineapple here: http://blacktarpineapple.bandcamp.com/