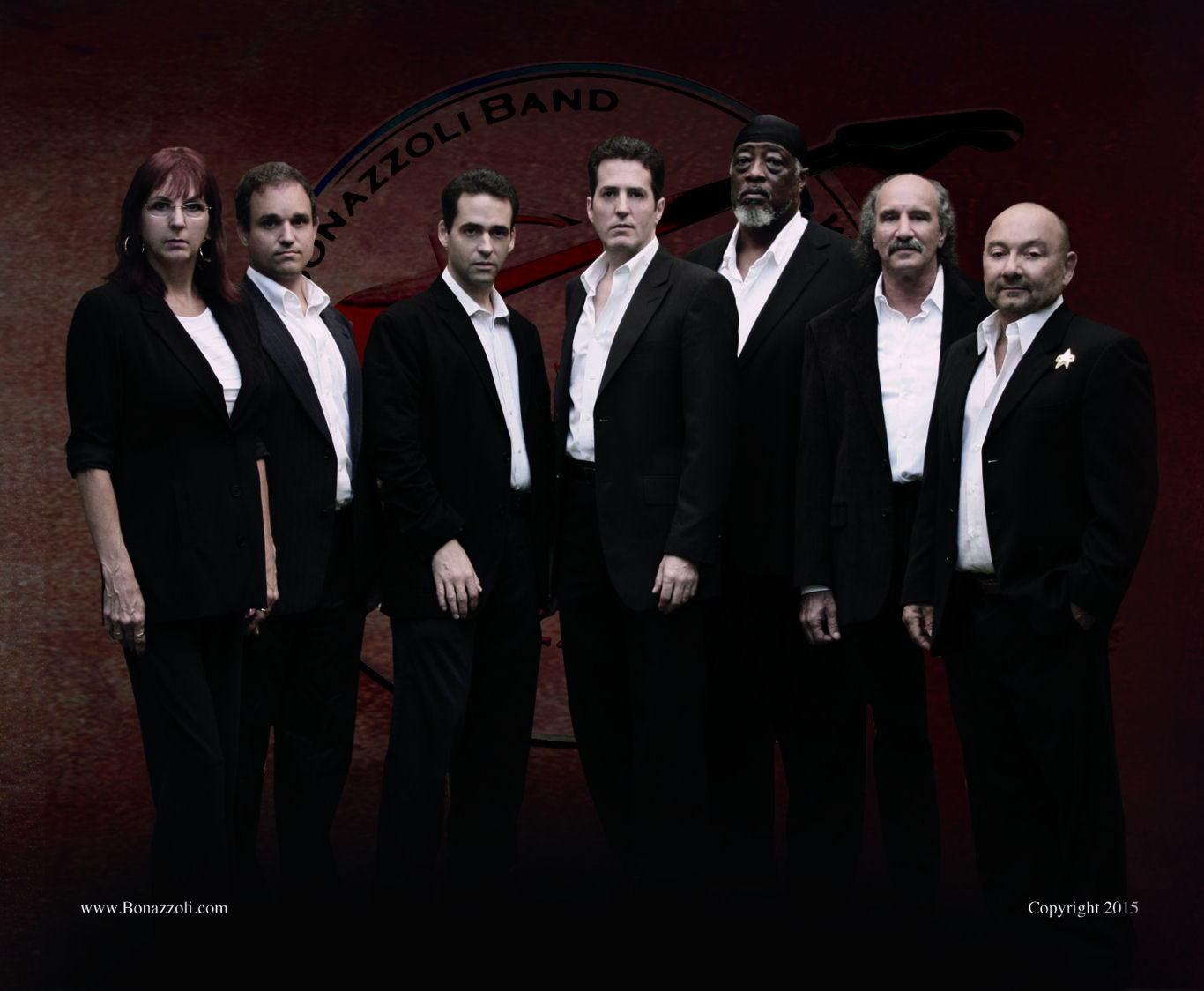 If you are looking for that pumped-up all-out energy, kickdrum-thumpin,’ low-end heavy style – move along, that’s not what I’ve got here for ya today!

We’ve got ourselves an introduction to The Bonazzoli Band through the release of one of their latest singles/videos, this one for “Taking Chances.” As it started out with its throwback look & sound to the video & song…I often think about WHERE you can go to find music like this that sounds old, but is entirely new. And while I can admit that the crooning sounds of this six-piece band are generally not similar to what you’d find on my own playlist much of the time – there is a place for this music here within what we do at sleepingbagstudios as we truly believe in helping music of all genres find its way.

So for fans of the old-school…fans of Elvis, fans of The Righteous Brothers, Roy Orbison & music of that era…we’ve got something for YOU today…and again, while it might sound like it was conceived back in that same golden-time of music, this is new – or new-ish at least for those of you who haven’t stumbled upon this over the past year! For a band like The Bonazzoli Band, any comparisons to that era, I could assume could only be taken as complimentary and reflective of the effort that they’ve put in to retaining the magic of the mood, tones and atmosphere of the music they truly love themselves. They’ve honoured the style and era of some of our most timeless song-writers with a smooth croonin’ song in “Taking Chances” from their album American Ghost Stories.

Aside from the gorgeous Christa Evans arriving in the beginning of the video and the gentle-harmonies that started out the song, the first thing I actually noticed was the look to Matthew Bonazzoli and his actual stance while playing in the video. Weird right? Not really…and no, I’m not normally that creepy in a first observation…but, look at the guy! He even stands like his heroes did; squared-out shoulders with a slight head-tilt as he sings…much like Elvis would when he wasn’t flopping around all over the place and focusing on his tone instead of his antics. As I understand it, Matthew is the main song-writer for The Bonazzoli Band…and along with the other six talented players in the band they’ve done well to bring this sound back around convincingly.

Of course…that being said…many of you read this page of ours presumably for my honest thoughts…so here’s what I’ll say… I think it would potentially be fairly easy to poke fun at the video in the way the band-shots are filmed somewhat…but I think, again – it would be missing the point if you were to do so. You can tell the effort has been made to create a visual that is reflective of the sound, time & era from how the band is arranged and shot, to the not-so-subtle effects thrown into scenes and its overall look & feel of being out there on late-night T.V. in between talk-shows advertising the new-disc compilation of the crooner-classics of the 50’s & 60’s. So in my opinion, you get your choice, like you do with all music of course…but you can go with them and get right into the idea, or not if you’re a mental-curmudgeon. I like tunes like this that come out of left field every so often that remind us of a completely different time & era, style & atmosphere surrounding music that once was king. None of this incredible music has been forgotten by its fans – The Bonazzoli Band is living proof of that.

The band plays gently, tenderly and perfectly…it’s a slow-jam so their precision is key in everything that they do in the recording; they pull it off extremely well with standout-parts coming through in the background keyboards, bass and guitars. The drums are more than reliable and keep the band perfectly aligned…but I’d be holding back if I didn’t mention the highlight moment for me in “Taking Chances” certainly occurs right around its three-minute mark. And Matthew – you know why…

…because it’s right around that point in the song that this vocalist proves he’s the real deal. With notes powerful enough to be used in The Righteous Brothers’ “Unchained Melody” – Matthew takes the track to the next level with a soaring vocal-line that echoes the strength of his influences & idols. There’s no doubt about the power he can put into his voice on command after that moment; it’s a real highlight and a real-nod to his heroes in song-writing in how the song flows throughout to reach this point and find its way back to the tenderness of whence it began to fade out upon. It’s true to the ideas and style, right down to the writing and execution of both the video and song; “Taking Chances” is a tough-sell in our modern-day hustle & bustle full of neon-colored-atomic-sounds that come bombarding at you from every angle from your television set to the shopping malls. It’s a good thing to take a moment or two to chill-out with an atmosphere like this one that takes you back to a time when music was simple still; and though from our mainstream radios this sound is largely absent – it’s certainly not forgotten by those that love it and hold it dearly to their hearts & souls…and that’s exactly what your OWN playlists are for.

Find out more about The Bonazzoli Band at their official pages!