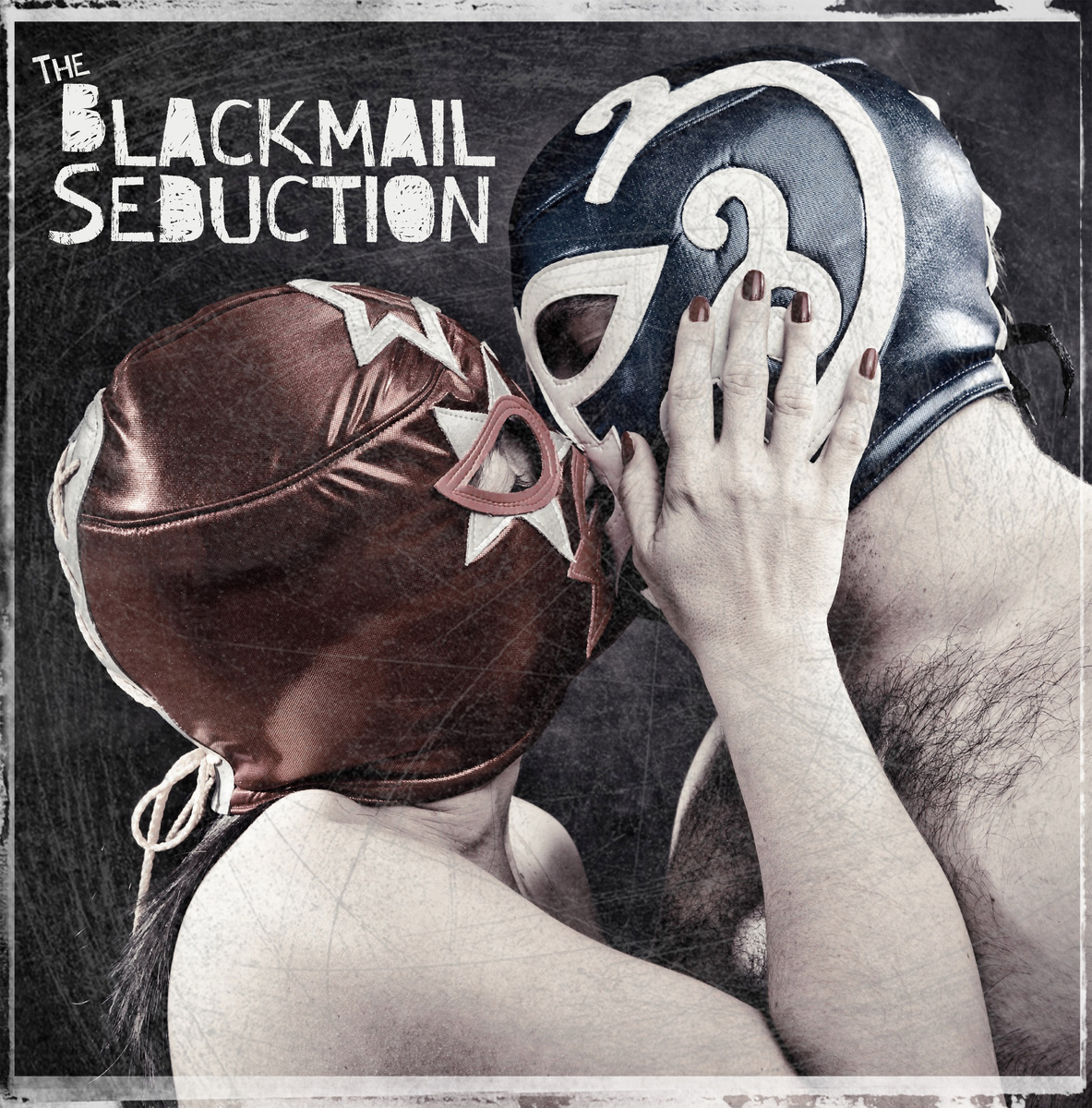 Sweet! This new EP from The Blackmail Seduction is something I’ve been able to get my head & heart around completely. With songs based in power-pop/rock, these new tracks from this self-titled effort use a combination in sound I always find myself wishing came along more frequently than it truly does. The Blackmail Seduction has elements of a lot of bands I’ve loved over the years; it’s great to hear some of these sounds back again, bigger and brighter than ever as they are recorded here on this new EP.

When we talk about and listen to what we know of as pop/rock – this is the mix. This is the combination that we’re REALLY looking for when we put on an album, EP or single from an artist or band that claims to be a part of that sound. Often you get a lot more of one of those sides than you do the other half…but not here; honestly The Blackmail Seduction are CRUSHING it on this new EP and from the moment I put it on, I’ve basically let the repeat-button have free reign of my speakers.

The riskiest move they pull is right at the outset of the EP; they attempt a cover of The Beatles “You’ve Got To Hide Your Love Away.” I say risky, because in a sense, leading off with a cover can lead to a quickly-assumed false impression of what a band or artist’s sound REALLY sounds like. That’s one thing for sure…the other major factor being that, well, you’re starting off with someone else’s song; one that’s presumably tried, tested & true…so it had better be GOOD right?

Picking a cover in general is still something that fascinates me. There are so few opportunities in life to really get in the booth and record music for most…picking that inspiring song or perfect-cover has got to be something people must pore over relentlessly in search of just that right way to make an old but timeless sound come back to vibrant life. Many of us will remember the Pearl Jam version of “You’ve Got To Hide Your Love Away,” which, even though I have my ups and downs with that band – I’ll happily be the first to admit they put together a great version of that song as well.

I just want you all to get the idea…you know, really set the stage for this actual review when I start doing the ‘talking about the actual music’ part. But you’re reading this correct? They’re basically opening this EP with a song made massively popular by The Beatles, then again made massively popular by Pearl Jam all over again. No pressure on The Blackmail Seduction right? EASY acts to follow; only two of the best representatives of our musical history….NBD as they say…

Gotta admit…they pull it off extremely well. Now…PART of that magic, is that this really is an exceptionally well-written song to begin with. Done right like it is here on this new EP, it becomes a really moving and emotional song; though I’m still approaching with caution at this point on my first listening. I still want to know what The Blackmail Seduction sound like left completely to their own devices; but I’ll fully admit, they’ve completely avoided a disaster scenario here with a powerful cover of “You’ve Got To Hide Your Love Away” and given us a slight glimpse at the overall sounds to come.

And here we go! From this point, you’ve got six excellent and completely brand-new tunes, all from The Blackmail Seduction direct – and MAN are they JUICY!

“I’ll Be Right Here” comes at you with an almost Green-Day-ish kind of pop/punk flair through the music; lead singer Jess McClellan who has already turned in an excellent performance through the opening cover-song brings in a ton more melody that the famous three-piece typically do and raises the level of the entire song with a really focused performance. Catchy and loaded with energy, heart and passion – this is an excellent way to start discovering what is really going on at work here in the music of The Blackmail Seduction.

“California Jackpot” is definitely a real mover with four song’s worth of energy packed into one tight energy blast. Taking that Green Day pop/punk style for an even MORE elastic ride here on this cut; while I might not want another song with a California-ANYTHING in my lifetime – it’s also hard to not admit how damn good all those California-related songs ARE. Yeah that’s right…you TAKE a moment there before you think otherwise…do the list in your head…California is not only a beautiful place to live but it apparently makes for a never-ending well of inspiration for great song-writing. No exceptions here on “California Jackpot” – this is a song that pretty much defies age or missing the mark with anyone out there; you’re bound to dig this tune for its energy, contagious hooks and committed performance.

As they slow it down for “Hold You Down,” the music itself becomes less like Green Day, yet, lead singer Jess almost sounds more like Billie Joe on this than he did in the previous two! Figure that one out! He bends these words sweetly, almost venturing into the unique territory claimed by Canada’s own Raine Maida at points through his tone and as the song plays through, it goes on to reveal a dimension of the band that is more similar to the pop/rock tones of bands like the Gin Blossoms with excellent guitar tones and a genuinely sweet song in all-around nature.

“Are You With Me” is going to win some and lose some. There is going to be an unshakable comparison to Rush’s Geddy Lee through the opening tones of McClellan’s voice, which is largely not really a representation of what he sounds like on the EP. It honestly makes for a great listen and again reminds me of one of my favourite pop/rock bands, the Marvellous 3. With a very similar energy and enthusiasm – this track works really well for them; at just over three minutes in length, they’ve packed in an epic here. Troy Hardy (Guitars), Mike Mennell (Bass) and Blair Sinta (Drums) all bring their absolute best to back up McClellan on this excellent tune.

It is however…sometimes the small moments that can make the biggest difference in what we do/don’t like. In the second to last track, “Friends,” I found my magical moment that turned this band from good to great in mere seconds. Just around the two-and-a-half minute mark, this band strips it all down to an incredibly melody that only appears for a tiny musical-moment…but man does it ever fill the void in your soul!

As the final cut starts out…you kind of almost get that ‘Eye Of The Tiger’ feeling as this song begins to pump itself up. Changing somewhat in the opening from the tones of Geddy Lee in Rush towards something more like you’d find in Placebo at first – this might be the first song I feel like McClellan might have pushed it a little too far towards the edge. It’s an excellent performance, there’s no denying that; but some of the gruff in his voice combined with the harmonies in the chorus can almost make this sound like something Def Leppard would have done if they had a lot more balls. Musically, this is one long masterpiece of a song with extremely well-written parts coming from every member. But I gotta say…just around four minutes, the hauntingly-melodic guitar line is just flat-out AWESOME. Reminds me of like…”Paranoid Android’s” distant cousin by the end of this track as The Blackmail Seduction flash a Radiohead-esque brilliance here in this final song. The latter half of this track is instrumental and put forth with the focus of truly-focused artists at their most creative and brings about ALL the lasting impact you could ever hope to find at the end of an album.

Great sound in this band – find out more for yourself right here at their Bandcamp page: https://theblackmailseduction.bandcamp.com/album/the-blackmail-seduction