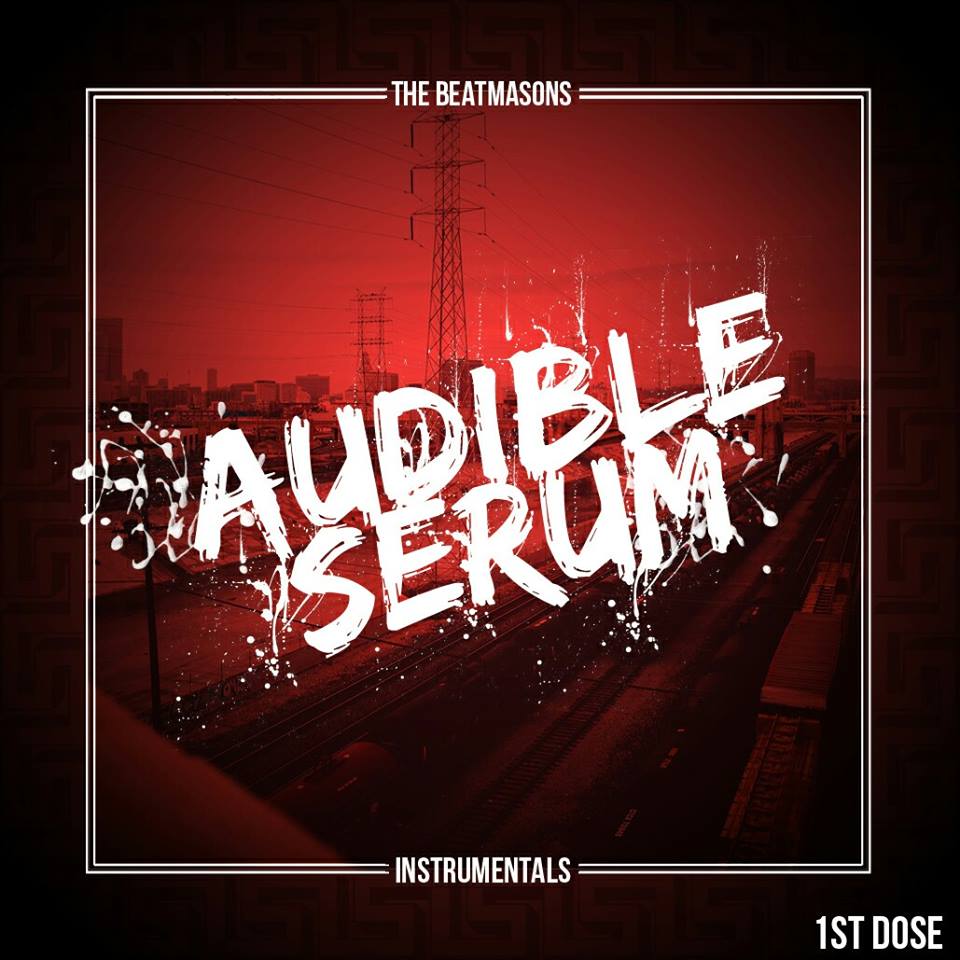 You’ll want to sit down for this one. Oh! And grab your comfy-clothes, get yourself some hot-chocolate and a nice fire going (Where applicable, use judgement…) while you’re at it; you’re going to want to settle into a chilled-out atmosphere to enjoy this new album from The BeatMasons good & proper.

I remember when I was first discovering instrumental music on my OWN…not the kind that’s often forced on you as a child to help culture you into a human-being instead of a wolf-cub…not the Mozart’s and the Beethoven’s…totally different. I branched out from listening to the instrumentals I knew and loved hidden in the middle of my favorite rock albums, to actively seeking music without words around twenty or twenty-two years old. Instrumental music would play a large role in my life from then on as I’d discover incredible sounds put together through artists and bands like DJ Shadow, Boards Of Canada, Peace Orchestra, Mogwai, The Album Leaf, Lemon Jelly, Orbital, Ulrich Schnauss…and of course, as you already know & suspect, yes…that list could go on forever so I’ll cut myself off there… Let’s just say I got myself right into a whole slew of music that was being expressed just as vibrantly, dramatically and passionately as any music with words ever could and it was blowing my mind.

Right now as I’m listening to The BeatMasons, what I’m wondering the most is actually very internalized and self-absorbed…complete apologies to The BeatMasons as I’m taking over this review…but what I’m wondering aloud here, is why did I ever stop listening to this kind of music? Well, not stop completely, you know that…but I’ll fully admit I’ve sought it out less in recent years than way back when I was in those early twenties. Listening to Audible Serum: 1st Dose from The BeatMasons makes me want to jump right back into the entire sea of music without words all over again; and no matter how I might go on and on here about the various things I’m LOVING that they’re DOING here on this album…there’s no higher compliment I can pay to an artist or band than to say they’ve induced a musical shift inside of me to the point where that ‘style’ or genre is something I’ll need to eat, sleep and breathe for months after.

But here we have that. Thank you The BeatMasons!

Of all those bands I used to play, know and love so much listed up there, The BeatMasons remind me most of Peace Orchestra by far; and of course if you know your music-shit, you’ll know it would also have a fair amount of elements you might find in Thievery Corporation’s work as well. While people would argue that Thievery Corporation created better sounds, I’d argue that’s much more of a reflection of a huge catalog by comparison. Peace Orchestra released much less than a handful of albums, whereas TC might take two people’s hands, fingers and toes to count if you include all their underground releases and club-mixes. Anyhow…Peace Orchestra had a real groove that was undeniable in their work…something so focused on the slow-burning intensity of instrumental electro that the end result was music that flowed right through you fluidly.

It’s true…and here’s why. Have you ever heard a mixtape or album in this style where some of those samples didn’t quite fit the mix or seemed out of place? Right. Believe me, so have I. And that’s the entire difference right there when you hear an album like this from The BeatMasons; you can tell just how much their love for music runs deep because this is all put together flawlessly with dynamics that truly work for us, and for each other, all throughout this album. The instincts and choices made by The Beat Masons, combined with their ability to splice all this together, are what will no doubt make this act a well-known name in the years to come.

If the opening cut “Retribution,” doesn’t convince you of my Peace Orchestra argument right away, then the title-track to follow, “Audible-Serum” or a song like “Who Am I?” will. And if you don’t even know who I’m talking about then go listen to Peace Orchestra….AFTER you listen to this new album from The BeatMasons, of course. Absolutely one of the most powerful cuts on this album, this is electro with depth and real feeling; as you get further into the album, you’ll realize quickly this is no fluke as The BeatMasons deliver substance in music track after track, cut after cut.

They get BIG quickly…and right when you think you’ve hit their maximum in a track like “Raise’em Up,” they come out exploding in the track to follow, “Alchemy;” which at only over a minute long absolutely LIGHTS up this album in a rad display of electro-aggression. It leads directly into the darkness of “Rise Of 2” which is my back-alley pick of the day…as in, if you’re hearing this song whilst walking in a dirty back-alley somewhere, something is GOING to go down; that’s a for sure…I’ve seen it in movies…

“Since I Got U” should bring a much needed calm back to your vibe, and the diversity you need within an album to make it last. It still fits within the sound of The BeatMason’s vibe even though it’s a complete switch in direction from the previous tracks. A track like this is certainly where the Lemon Jelly reference comes in; there’s a definite similarity here between these two and I LIKE IT! I could say the same for “No Love,” which carries a similar vibe as well, bringing in the old-school samples that contain completely addictive sounds in their production, tone and choice of sample itself.

I think that, while a rock band can often get away with an instrumental track on their albums, that it often works the opposite way for instrumental bands trying to include vocals for only one or two songs in the middle of their albums. I feel this way on DJ Shadow’s work…on The Album Leaf…once they’ve got you into that instrumental vibe, even if there are vocal samples previously on display, to let them take the lead all of a sudden can give a jarring effect to an album. Tracks like “Champagne And Caviar,” and especially “Runnin,’” the track previous to it kind of work like that for me here; for me it was another welcome switch back to their signature groove once “The End Of Time,” came on.

I’ve often said to listen closely to the music you’re playing; it will quite often relate to your life in crazy ways or point out something you needed to hear. As “The Stress Is Building Up,” starts into its excellent subtle-vibe and beat, the sample couldn’t have been more perfect as I received yet another attempt from a family member to make me feel like a guilty man this morning. That stress is ALWAYS on the build…but that’s another story for another time…

“This Time,” is absolute monster of an electro-beat and a track I couldn’t help but fall all over myself trying to turn up. Just an insanely perfect track, so extraordinarily assembled and mixed and just a powerhouse in atmosphere; combined with “The Stress Is Building Up,” and “The End Of Time,” I’d say you’re looking at album that certainly found its real strength in sound by this point.

You’re not completely off the hook just yet… As they switch up the sounds twice more in “Loop” and “From South To North,” The BeatMasons have really gone on to put a whole catalog of sound and ability on display here. While you’ll find some contemporary mix-issues from track to track in terms of volume levels, that’s a kink that can easily be worked out manually for now and will phase itself out of their work as they move forward. As it stands, it would hardly make a difference for most, but those with an ear for music and paying attention will definitely feel where I’m coming from as the album plays. And again, that’s a simplistic issue and easy to sort out – the important part is that within each and every one of these cuts, that’s not an issue; The BeatMasons assemble flawless tracks and have certainly proven their ability and justified their existence here on Audible Serum: 1st Dose.

Find out more about them at:  https://www.facebook.com/TheBeatMasons and at:  https://twitter.com/thebeatmasons