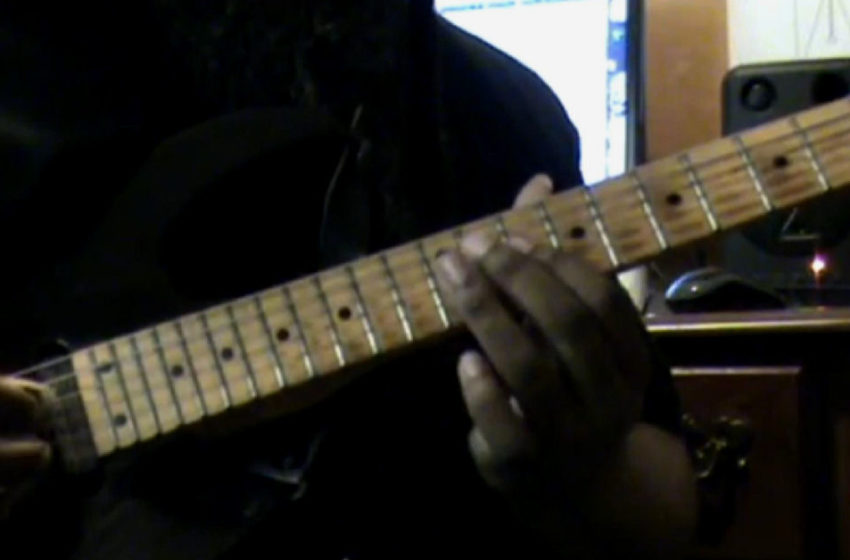 I’m all about it!

And in the department of even-better news, The Acid Jazz Guitarist has got channels and pages stocked FULL of his music.  While I can certainly recognize how much radder it is to always be able to say you were on the bandwagon from day one if you’ve been there – I mean, c’mon now, you gotta recognize how awesome it is to find something you love has been thriving for a long time with an entire catalog of cuts waiting to be played, know what I mean?  So squeeze in & lemme find a seat here…I might be late to the party when it comes to the music of The Acid Jazz Guitarist, but I want in on this bandwagon now!

From singles to EPs to records & compilations, this cool cat of the axe has been doling out the smoothness in Jazz for some time now…looks like at least since around 2013 with what’s been released online already.  Like I’ve been saying, check out how much music this dude has put out since that point – and give the man some respect for keeping the steady stream of tunes flowing onto the internet year after year.  He’s got originals, remixes, and improvisations like you’ll find on “The Facts (Remix),” which borrows an insatiably chill beat with all the right pieces in place from the crafty mind of artist Afta-1’s album Aftathoughts Vol. 1.  Of course, in an instance like this, beat selection is a huge part of the equation – not only does it have to have some movement of its own to spark our interest to begin with, but it’s also gotta have the space required somewhere in the mix if The Acid Jazz Guitarist is gonna do his own thang as well, you feelin’ me?  That’s where this guy is succeeding big-time; not only is The Acid Jazz Guitarist obviously highly-skilled and talented when it comes to his instrumentation – but he’s also got the ability to pick out what’s going to work for his style & find a way to take a beat to the next-level.

That’s not an opinion dear readers, dear friends – that’s “The Facts,” straight-up – check this out!

Sometimes you really gotta marvel at what an artist can hear in another artist’s work…I think it’s downright impressive the way that The Acid Jazz Guitarist threads himself so seamlessly into Afta-1’s beat, just like he was meant to be there all along somehow.  And I get it…a lot of you out there might think that adding a layer of guitar would be no different than adding a guitarist to any band where there wasn’t one before – but it’s not so simple, I assure you.  Tracks like “The Facts (Remix)” show the respect to the original by creating something innovative and adventurous to it that furthers the story of the song; The Acid Jazz Guitarist isn’t mowing over what Afta-1 has created, he’s complementing it, 100%.  As a result, it becomes one of those real art-inspires-art situations…and if you’ve ever been in one of those moments yourself, you know the excitement that comes along with it.  When you can use your talent and proficiency as passionately as The Acid Jazz Guitarist has on “The Facts (Remix),” it both proves and adds more credibility to the credence that a song can indeed live multiple lives successfully.  It should feel like an achievement & an accomplishment, truly, because it is genuinely both of those things; an achievement in terms of the artistic craft involved, and an accomplishment for the fact that you can authentically hear the respect The Acid Jazz Guitarist has for the original music & how the mission here is to shine just as much of a spotlight on some of the incredible sounds he’s found out there in the world, as what you’ll find he brings to it in his brilliant solo work throughout the song.

The Acid Jazz Guitarist has that true musician’s gift to be able to find the space where he belongs.  I say that in both reference to what he’s done with “The Facts (Remix),” but also to his approach to making music overall…I think he’s found a smart way in here with a sound that has plenty of access points that extend far beyond the walls of Jazz.  Creating crossover cuts like this one give The Acid Jazz Guitarist’s music the potential to find an even wider audience…and whether that’s introducing some Jazz-lovers to some solidly chilled-out beats, or vice versa showing the beat-lovers some innovative Jazz licks…well…I mean…everyone kinda wins big in that equation, don’t they?  Look at the video again and really LISTEN up close…you’ll notice the way he moves and how he hangs onto the frets to bend or shape the tone perfectly…you can visibly see in the way that The Acid Jazz Guitarist plays that he’s got all the right chops required to make his music stand out to our ears.  Just like you want in great Jazz music, you want a player that knows how to use space to their advantage – and you’ll find it’s not always about what’s been played so much as when it’s being played & when it’s not…it’s about finding that place where balance reigns supreme & the moment has absolutely everything it needs.  That’s what this sounds like.

Be sure to tune-in to the next episode of the SBS Podcast…I’ll be spinning this cut from The Acid Jazz Guitarist on the show and filling you in on more details about the music later this week – until then, make sure to find out more for yourself by visiting the official homepage at:  http://www.theacidjazzguitarist.com