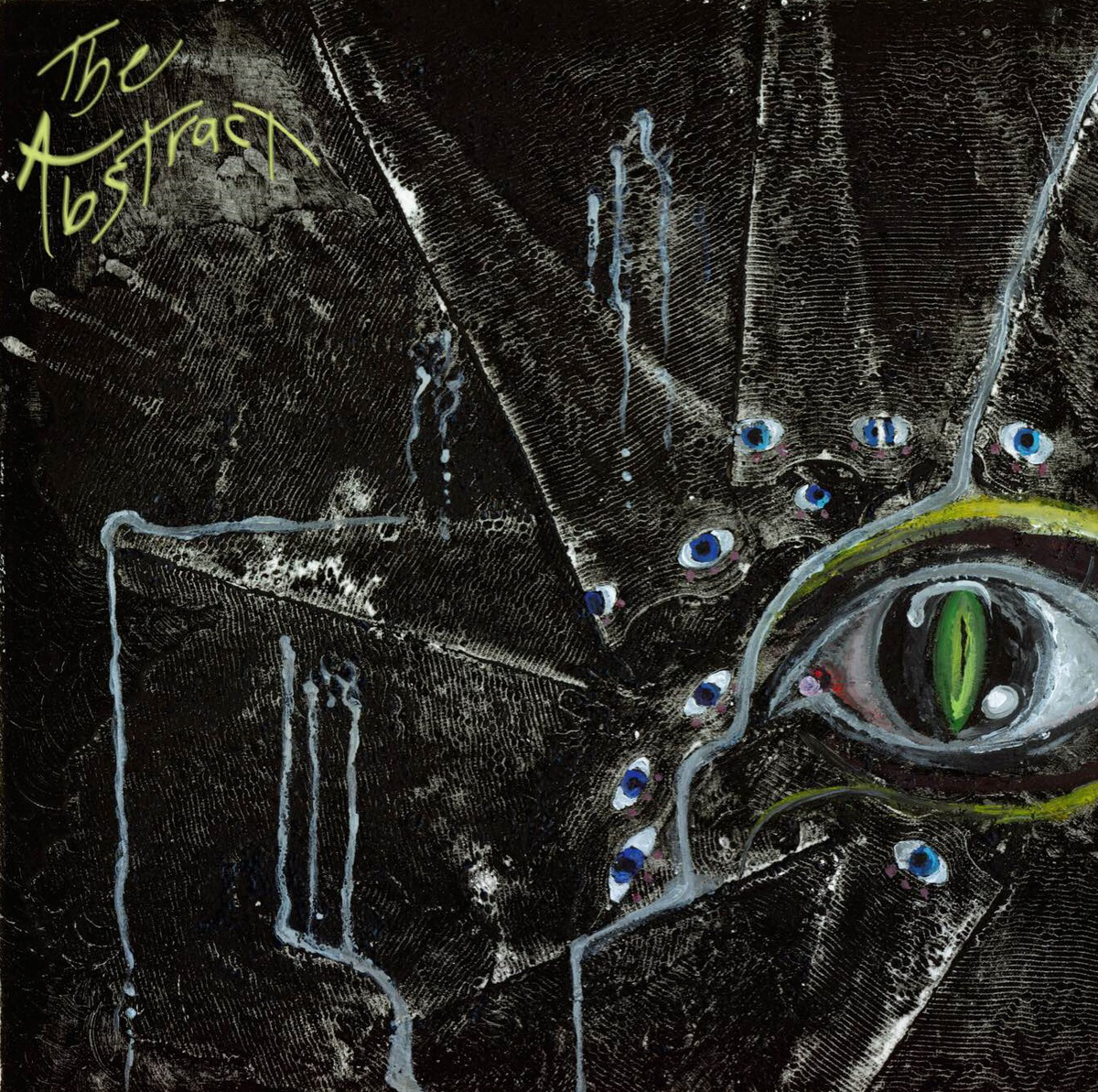 Excellent name for this band…very, very apt. Upon starting-up the new EP – Sleeping/Dreaming – from Akron, Ohio’s The Abstract…I honestly wasn’t sure WHAT exactly I was listening to when the opening tune, “The Carnation,” began. It was like…one part Living Color, one part like…Ronnie James Dio…and a full-on other part like freakin RUSH…all combined to sound like something totally their own, but yeah…I’ll be man enough to admit the first tune had me scratching my head in wonder as the EP played through the first time. It might just prove tough to pin down the music of The Abstract in words.

For myself personally, I found my favourite parts of “The Carnation” to be in the instrumental parts. Not knocking on the vocals – Nick Galbincea does a fine job; but those wordless moments really let the FUZZ come through and the music gets really BIG in a way that I LIKEY. Excellent solo about 3 minutes in…honestly…doesn’t take a music-scientist to hear that Nick also has some incredible skills and talent on guitar in addition to his vocal-talents. Only a two-piece – Nick shares the music-making responsibilities with Kevin Cole on the drums; together they’ve done a fantastic job of making sure nothing sounds THIN on this EP…it’s actually quite big and quite ambitious for a two-piece to create songs that are as complex as these are. So…big salute to these guys…this EP sounds FULL and not like it’s drastically missing anything.

There are sparkling moments on the following-cut “Majcher;” and overall with its immediate groove catching the ears I’d say it’s a much easier song for the average person to grab onto. Galbincea updates his tones & sounds towards a little bit of a grunge/post-grunge tilt…it works well…much more closer to something that sounds in between Axl Rose & Chris Cornell…a little rasp, a little whine…a lot of melody and a lot of passion in the performance. Lighting up the guitars once again, Nick certainly knows his way around a solo and Kevin keeps the beat flowing solidly as he wanders in and out of solos, verses & choruses.

A lot of people don’t realize that every combination of players can present a challenge…or at least understand relatively how this affects a recording. It’s TOUGH to keep a two piece sounding as full as a four-piece band…for the most part, I think the parts themselves indicate that it’s more than possible for The Abstract – though over the course of the first two songs I did find myself wishing a little that the drums had just a little more punch to them somehow. But then what? You turn them up, you mess with the other dynamics happening in the song between vocals & guitars…yes it’s like this for all bands…but there’s no more to come for The Abstract…no bass…no keyboards…no nothin’ – so any adjustment is actually a very large difference in the mix usually when it’s just the two guys & three parts.

The progressive element that runs wildly through their writing really does make this EP a unique listening experience…but like many songs with a progressive-aspect, there’s no doubt that this is a difficult sound for many to jump on board with quickly. Songs like “Sleeping Dogs” are a perfect example of what I mean – many of these parts on their own standout solidly; but when strung together can struggle for that instant acceptance. “Sleeping Dogs” almost heads into sonic-territory occupied previously by The Gandharvas as it twists and turns throughout – it’s definitely one of the tracks on Sleeping/Dreaming to use Nick’s voice to thicken out the sound and really make this song interesting. With the gradual build and multiple-parts all eventually finding their way to an epic-ending, “Sleeping Dogs” might not prove to be music for everybody, but those looking for something a little dark & a little different will probably come back to this song/EP multiple times to fully absorb & get right into it.

THERE HE IS. Kevin springs to life in behind the massive riff that spirals and opens-up the final tune “Victim Hands.” With intense, tribal-toms and long drum-fills…this track rocks and really puts some fuckin fantastic guitar-sounds right in your face. Walking the fine-line between Ozzy Osbourne and metal of the 80’s and a more modern-day psychedelic style…Nick’s vocals could go in either direction at any moment, exploding one way or the other. Whether or not you dig his style or tone, you’ve gotta appreciate his confidence – he goes after each and every song like his life depends on it.

Overall though…I also have to say the four songs together still sound like they reveal a band that’s finding its way and trying to establish which of these sounds & styles of theirs works best for them. Sleeping/Dreaming has moments where things get close & sound vibrant, exciting & new…and it also has a hollow reverb-like effect that deep throughout the EP which makes a lot of things sound distant, far away & a little muddier than other records. What I really like though…is that they’re clearly thinking about what they’re writing and not worrying about what the masses will/won’t enjoy – and that results in a music they can certainly claim as their own, unique to themselves…pioneers of sorts. As to whether or not it’ll catch on…that’s up to you and everyone else out there to decide; just like any band or artist attempting to do something a little odd, or slightly off the beaten path…it takes a while for people to ‘get it.’ As they continue on, The Abstract are quite likely to develop a niche following – and as long as they’re okay with that I say rock the fuck on – there’s a ton of people that will dig this heavy, hazy vibe.