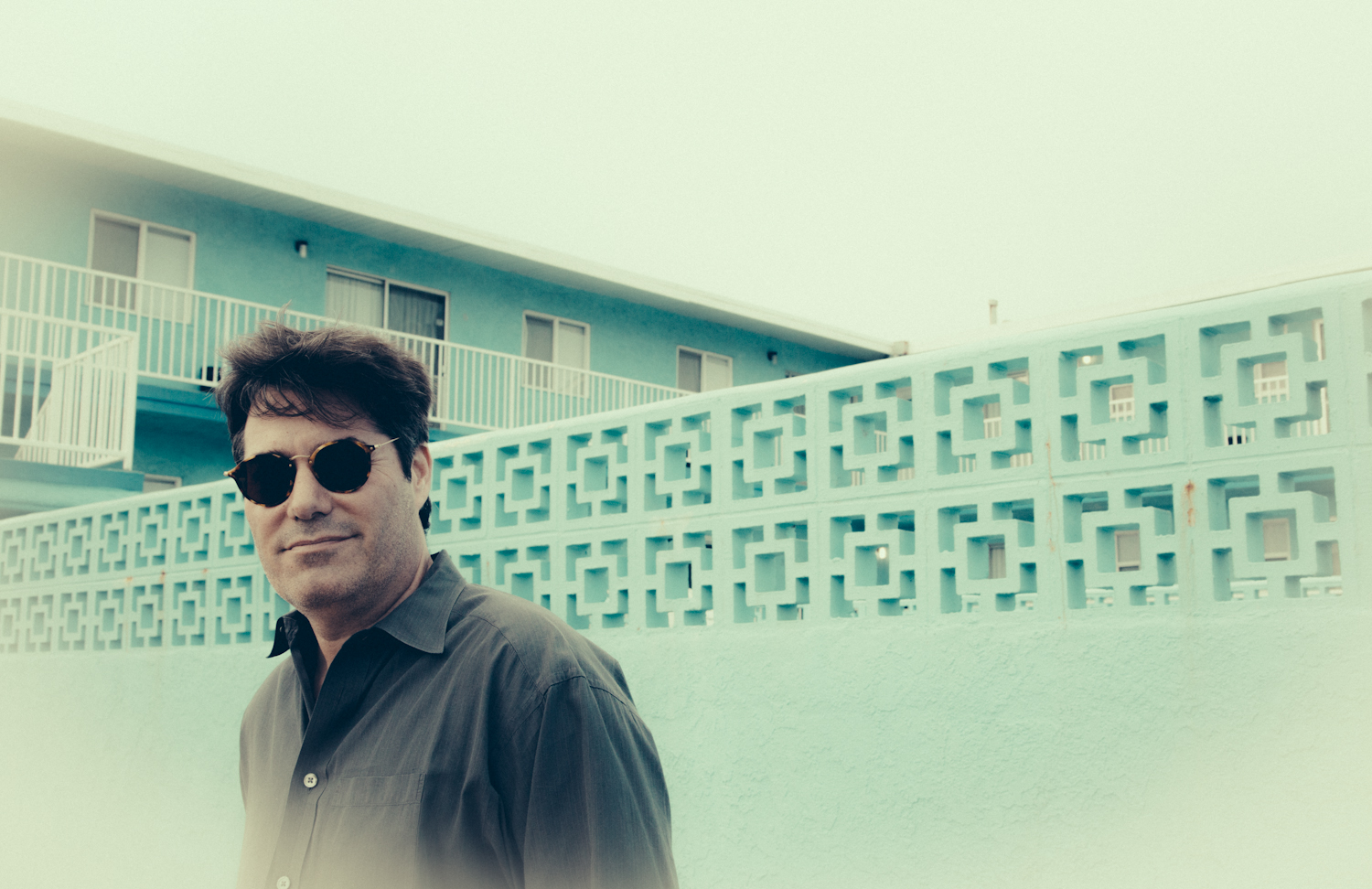 I’m being targeted right? After all the comments I’ve made throughout the past two years about how the world certainly needs no more songs where “California” is the subject matter…there’s no way that Ted made it here by accident right? I mean…someone’s punk’ing me right? The very first song on Ted West’s True West album is called “California” – this can’t be accidental right? Should I be expecting another onslaught of endless anthems about this beautiful state around this time of year?

Gotcha. There’s not a single point in any given year that I’m NOT expecting more songs about “California” – I’m always at the ready for what I know is a subject all too commonly dreamt about! We all seem to eat, sleep and breathe this wonderful place…Ted seems to be no exception to the pull of “California,” it sucked him in too. That being said…I might actually like Ted’s version of what “California” is all about more than the others. Very similar to the vibe you can pick up in “Everybody’s Talkin” by Harry Nilsson – Ted’s done well to mix it up, add additional beats & flavour to the song…and he sings “California” passionately alongside a beautiful guitar-progression. I might be tired of hearing about the place, but Ted’s started strongly here on his “California” opening…I’d never take that away from him.

And I’m not sure exactly if it’s Wham, Scritti Politti or Robbie Nevil…but something Ted’s doing in “Mr. Jimi” really reminds me of one of them! Long time ago in my history now…hard to recall which of these it is that Ted’s reminding me of right now, but there’s a similar smoothness in “Mr. Jimi” that is really inviting and easy to get into. Ted’s got himself buried right into the mix…and even though you might not catch every word in “Mr. Jimi” as the direct word it might be – his vocal sounds come through in-tone and almost add him in as an instrument rather than singing way over top – and I think that works really well for TW on “Mr. Jimi.”

The problem is…someone got to him before I did. Someone already whispered to him…’hey, Teddy…brother, buddy, pal…we can’t quite hear you word-for-word on “Mr. Jimi,” so I’ll tell ya what…we’ll compensate by putting you WAY in front of the music on another time out ok Ted?’ I have no concrete proof to support that Ted agreed to it, only proof to support that this is exactly what happened when “On A Slow Train” was recorded. Musically…it’s quite a charmer…vocally, Ted’s missing the mark in “On A Slow Train” and someone should have pulled him over to the station before it left to take one more shot on the microphone for this tune. The lyrics tell a fantastic story – they deserve a confident performance to go with them; there are points where Ted comes through smoothly…others that sound shaky and a little off-note. The song is good…just needs a little more ooommmph to it.

Returning to his groove – Ted completely flips the script and completely redeems himself with an inspired performance on the slow, jazzy “Sweet Soul Survivor.” Great backup vocals providing the harmonies…standout bass, standout guitars…but it’s really Ted that makes this song as wonderful as it is. As he’s presented a range of style & sounds…what can I say other than we’ve found one that works 100% in Ted’s favour – “Sweet Soul Survivor” is fantastic. True West, as an album, seems to really find a second-gear right around this point as well…the songs come out with a beautifully renewed energy throughout the middle as it builds upon itself towards what becomes an even more-fantastic ending.

Surrendering the microphone for a moment or two…the female lead-vocals that begin “Song Of Perfect Harmony” are gorgeous. Love the violin/string-sounds in the background of this slow, chilled-beat. Vocally…I think West is slightly outshined by his vocal-partner in this particular cut. Like…the breakdown for example, leading into the female vocals towards the end of the song…you can hear how much she raises the level of the song when taking over towards the end once again.

I think if anything…at times True West can be a little frustrating in the sense that Ted has given us numerous examples already where he’s been completely confident, solid and presented perfect tone…and at other times he seems to be rushing the vocals in comparison to EVERYTHING else. Which like I said…it’s frustrating for us as listeners when we hear him get it RIGHT so many times…it’s like making the bed and tucking in 3 out of the 4 corners and calling it done. But the main frustration is that musically, lyrically…this guy is a verifiable force…Ted writes incredible songs when you listen to the stories through the words. Many of these performances…like on “Twenty First Century Worried Life Blues” sound like a dude inching towards a cliff and wondering if he can jump the gap – Ted, bud, are you LISTENING to what you do around 3:40 of this song? Brother – you CAN sing…and it’s confidence like that moment that I think need to spread out more into the music. Much of True West sounds like he’s unsure of whether or not he’ll get to the note from the moment he starts to sing a line…I’m simply suggesting to replace that with the firm knowledge that you CAN hit those notes Ted…so go after them with everything you got and don’t settle for 95%! And the MAIN reason I say that is because he hasn’t settled for anything less than 100% from anywhere else in the music or on the album…and now it’s up to him to take the time required to perfect that missing 5% on the vocals, of which he’s fully capable of doing.

You know the Ted I’m talking about right Ted? I mean the Ted that’s bursting out around just before the two-minute-mark on “Set Free” – that’s the Ted I’m talking about…we LOVE that Ted, right Ted? “Set Free” in general, is definitely one of my absolute favourites on True West…I’m not saying it’s perfect…but it’s sooooooo close! I love the idea of the song and I think that Ted has some of his best moments on this tune…I think once this guy decides which of the many voices he wants to use and sticks with it full-on he can really find his way. “Madder Than Love” is another perfect example of what Ted can pull off at his most focused – he’s genius on this song! The song itself is genius! “Madder Than Love” is a radical departure from a lot of the style, tone & atmosphere you’ll find on True West – but man, this song is golden and really breaks up the album with a sonic-burst of inspired-energy & synth-tones sending us into a completely different aspect of Ted’s world. Brilliant tune…absolutely one of my favorites…it absolutely 100% sounds like we took Ted right out of his element here, and someone out there said….’no Ted – you got this. I know it’s not your normal thing…but I’ve already pressed record, so you should probably sing something…’ and then this golden moment came out, forever to exist.

And then there’s “Bittersweet Descent” – Ted is hitting his stride at full-freakin-speed between “Madder Than Love” and this next tune. “Bittersweet Descent” is actually a lot closer to a sound like Depeche Mode would make as opposed to what you were probably expecting from Ted! That being said…once again, late in the stages of True West, Ted has found a brilliant way to work with his strengths and delivers a flawless performance through the inventive beat & music of “Bittersweet Descent.” Groovy…almost like a B-side from Prince’s “Gett Off” single, or around that time in his career anyway… Love it though…”Bittersweet Descent” is dark, funky, well-executed and fantastically impressive.

What I really do admire and appreciate more than anything about Ted West and this album, is that he’s tried so many different things…so many styles, sounds, genres…there’s a confidence in this guy that tells him to go after anything at all in music, and I love that. As I’ve pointed out, some have worked better than others…but the point is that he’s willing to test the waters, put himself out there and try everything! That’s respectable. His lyricism has always been incredible…and I think the poetic nature of his writing comes out incredibly well in the avant-garde track “A Thousand Kisses Deep.” Musically it’s both smooth and insane at the exact same time…”A Thousand Kisses Deep” is actually quite an ambitious song…and I think that this one has again worked out extremely well for Ted. This song reflects the true artist in him in a brilliant atmosphere impossible to be ignored.

The subtle, stripped-down performance from Ted on “The Crystal Ship” depends on him 100%. Set just against the melancholy, beautiful & dimly-lit sounds of a piano…it’s just Ted on his own at the end of the album and he once again rises to the occasion. I think that the end of this album was incredibly strong, incredibly focused…incredibly unique really. Ted’s doing some fantastic things on this album…it might have taken a little bit to find its footing, but by the end of “The Crystal Ship” he certainly had me believing in every bit of his potential. Truly – he’s a song-writer to be recognized and writes some incredible songs…and with a tiny little tweak to a few notes here and there, these songs, his style…TED…will be an entirely memorable artist in your collection and rotating safely on your playlists.

You can check out lots of music previously released from Ted West and get yourself ready for the official release of True West by checking him out at Bandcamp here: https://tedwest.bandcamp.com/