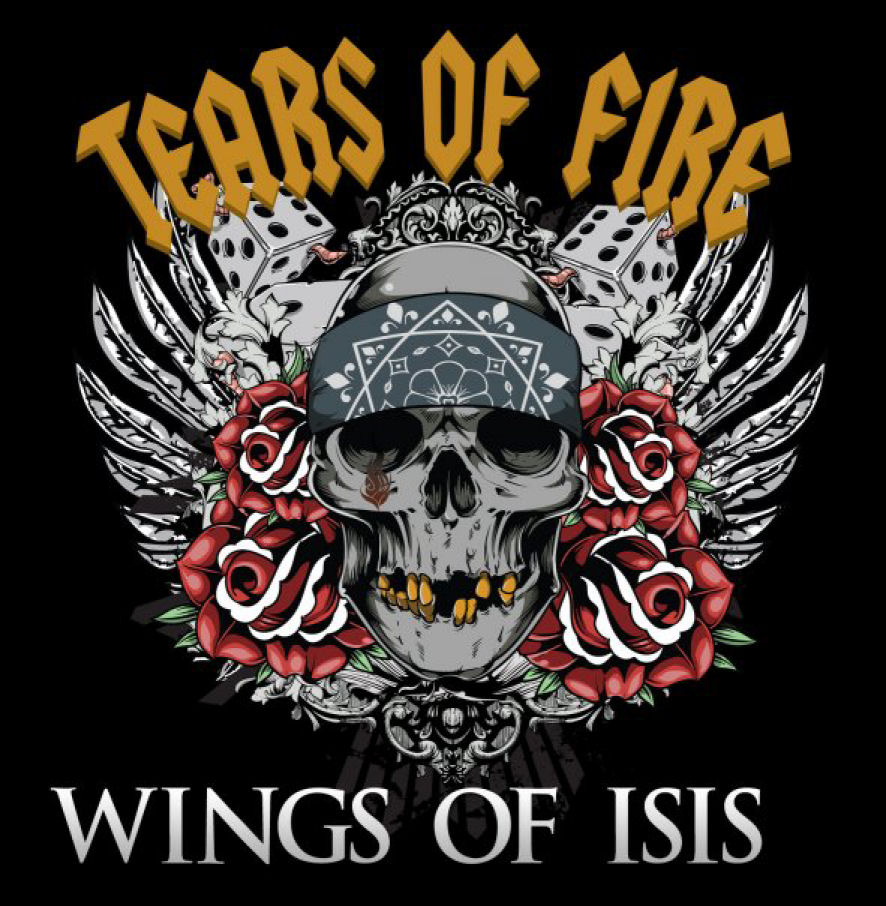 As part of our on-going commitment to helping undiscovered musical and video talent get exposed world-wide, sleepingbagstudios will post interviews regularly with in-depth Q&A’s and pass them on to YOU the music lovers. Take some time and read about a great band you might not have ever heard of before – this week it’s hard rockers TEARS OF FIRE. Not only are they great guys to talk to, but all their members have been around the scene long enough to have seen the musical warfare and settle in for battle in the trenches of their band Tears of Fire – this is where they want to be.

We got to know Tears of Fire over 20 questions here in an exclusive interview with sleepingbagstudios. Read on to learn more about them – there’s links for more of their info at the end of the interview, as well as some information on how YOU can have your band interviewed and promoted through us here at sleepingbagstudios.

Interview with Tears Of Fire

SBS:  It usually takes years for a band to develop a “crafted and polished” sound. What is the actual age of your band Tears Of Fire and give us a brief history of the formation.

Jack: Tears of Fire formed in 2006. We all already had strong musical backgrounds and many years behind the wheel. Brian called me out of nowhere, actually by mistake. I had already called it quits but Brian said you should come check this out! So I did. Brian turned out to be a great song writer. So I called a great guitarist I knew, Greg. He listened to Brian’s music and dug it – so the three of us started playing.

SBS:  Was there an original direction the band had started with? Has that changed over time?

Jack: We were all already musical veterans when we met. We had no delusions of rock-stardom. We just wanted to make music enjoy doing what we do and share it with as many people as possible. That’s still our goal today, to share our music.

SBS:  Describe your songwriting process. Who’s involved in writing the music and how does it all come together?

Brian: I write about life in general and how I see it. But I have to say if not for Jack and Greg the music would not come together like it does.

SBS:  Jack – you had previous experience in a former Led Zeppelin cover band. What in your opinion, makes for a great cover song?

Jack: Great music! That is to say, something many people can relate to. There are good songs, then there are great songs. Like the timeless hits put out by bands such as Zeppelin, Ac Dc, Rush, etc.. I think a good cover song, or any song for that matter, has to hit people in the heart make them remember a certain feeling from some point in their life.

SBS:  What is the importance of an online presence for Tears of Fire? Does it reach enough hard rock fans?

Jack: The internet is an important part of our presence. It helps to build our fan base. And let’s face it, everything is online nowadays. With the internet it is easy for a band to market their music.

SBS:  Describe your impression of your fan base to us. Who are these people?

Brian: We feel we definitely hit the mainstream. Young kids as well as older folks seem to dig our sound. I think with our 80’s influence and modern day feel, we hit home to a wide audience.

SBS:  Out of Jack, Brian and Greg, who would be considered the “Wild Card” and why?

Tears Of Fire: We’ve been doing this for a while now, not much wild left in us. We are pretty focused compared to our younger years but when we play live we still enjoy getting a little crazy. I guess on stage all three of us are wild cards.

SBS:  With there being a sea of hard rock bands – an entire genre nearly loathed worldwide thanks to the international superstardom of Nickelback – how can Tears of Fire stand out from that and bring people back to what hard rock should be and not the watered down version that’s popularized now?

Brian: It goes back into our 80’s style of rock that we are very deeply rooted in, we were able to change with the times but keep the sound of our roots. Many bands from our youth have lasted the test of time.

SBS:  What other influences do you each bring to the table musically? Is it all hard rock all the time for you guys?

Jack: In my very young years I was influenced by bands such as The Ohio Players, Brothers Johnson, and yes… the Bee Gees. In my later years I was a hard core heavy metal fan. Iron Maiden all the way. But now I like it all except for the screamo stuff they try to call metal.

SBS:  Who does the audio engineering for you and why is that important to you as a band?

SBS:  What is the immediate future of Tears of Fire?

Brian and Greg: To try and find a distribution deal, keep building our social network, and if it’s the right deal right sign to a label.

SBS:  Your website has a ton of your MP3’s available! Do you worry that hurts your album sales? Or is there another benefit of doing this that outweighs slower album sales?

Jack: Actually they can listen to the songs but they can’t download them. They have to buy them. If there is a song someone really likes, he’ll buy it. Having all of our music on our site exposes our sound to a wide audience. Our sound goes from in your face metal to break your heart love ballads so having them all there lets people know what we are about.

SBS:  If you could take 5 minutes of advice from any musician – who would you choose and why?

Brian: I actually have spoken to Steve Perry of Journey, his advice… write from your heart.

Jack: I have actually been able to talk shop with one of my heroes, Bruce Dickinson of Iron Maiden. His advice was to work hard and write what was in my heart. Never give up and never take no for an answer. Then we got drunk.

SBS:  Lyrically, what do you find the topics of your songs to be about?

Brian: Life and emotions, whatever I’m feeling at the time I write a certain song.

SBS:  Point a finger at some bands. One commercial and one indie band if you came name them – who is absolutely musically NAILING it out there right now and why do you think so?

Brian: Within Temptation out of the Netherlands, because vocally, the singer is the best I’ve ever heard and they have an amazing fat sound.

Greg: Alter Bridge – incredible writers. Their music gives me the chills. If you haven’t, you gotta hear these guys.

Brian and Greg: Shine Down. The writing and their sound is phenomenal. They can rock you or melt your heart, great band.

SBS:  Where is the ceiling on the roof of success for Tears of Fire? What are some goals to achieve that will really make you feel like you made it once they’re accomplished?

Brian: When we’re able to play shows for fans around the world and make a living playing music, we have made it.

Jack: There really is no ceiling for Tears of Fire. We are willing to go wherever the music will take us. Success for me is if one person listens to one of our songs and falls in love.

SBS:  With Jack on vocals, Brian on guitars/bass/keys and Greg on guitars/vocals – who handles the drumming aspect of on your music right now?

Jack: I did some of the percussion on a few of the songs. I used to be a drummer years ago, but because we didn’t have access to a kit all the time, we hired studio musicians to do some of the work.

SBS:  What are the future plans for the drum spot in the band – or are you happy “as is” for now?

Jack: When we do play live we hire a studio drummer. We have many friends that are amazing drummers, I’m sure we will hit one of them up to fill the spot when the time is right.

SBS:  Give us a five year plan – what can your fans expect to see from you in terms of music, growth and live shows?

Jack: It would be great to put out a couple more records over the next five years. I’d like to see us do a few more hard hitters like Can’t Take Anymore. I’d also like to be doing more shows. Building a bigger fan base and making record sales.

For more information on Tears of Fire – check out their websites!