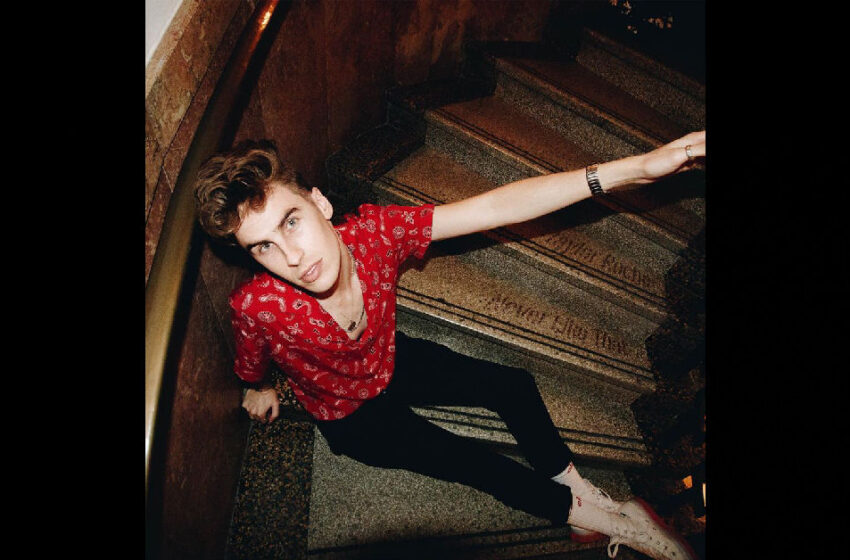 Not just the song mind you…the process as well.  From what I’ve read in my travels around the internet & the information out there, “Never Like That” was quite the emotional journey to create.  Imagine you’re Taylor Roche for a moment…a young dude with a ton of talent, the right look, the right sound, a steady gig on a rockin’ boat…and only moments before he had to go out on stage one night, more or less received word that the relationship he was currently in with a girl he was seeing on the other side of the world…wasn’t gonna exist anymore.  There are a ton of ways to receive this kind of upsetting news in life – but believe me when I say, hearing it all right before you have to go out on stage and be ‘happy happy’ with all the people in front of you, entertain them & somehow sing through the bubble of tears rising up…is definitely one of the harder ways to go through that situation.  Yet it also leads to the potential answer of how to get through it all…and we’ll get to that in a moment; to start, I just wanted to say I think Taylor’s a true star for even finishing the set like that, putting aside the personal to be a professional.  The show must go on, as they say…and one way or the other, Roche made sure it did.

As the story goes, that same very night alone in his cabin, Taylor brought out the keyboard, laptop, & mic – and he went straight to work, documenting the feelings of loss & sadness within the confines of his lyrics & details on a demo song called “Never Like That.”  While I’m not 100% sure as to how much time exists in between the event and the final results – here we are now in 2020, & that same song that was once just a necessary need for survival & catharsis, is now one seriously freakin’ sensational single.

Turn tragedy into art folks…believe me I say you won’t regret it, and it’s likely the best form of healing.  Think of it…emotions are running high…the subject of the song is close to the heart…the importance of getting everything you’ll hear from the words to the music becomes paramount and crucial to being able to move forward…and in just about 99.9% of the cases I can think of where tunes get extra personal, you can hear in the results just how much care was taken throughout the entire process.  In my opinion – I think it’s undeniable just how much of Taylor is in this song – and again, I commend this cat for his bravery in putting out a song that reflects on one of his most vulnerable times in life.  That being said…the rewards are far greater than just another extremely catchy song – over time, Roche will go on to discover a song like “Never Like That” will help so many more people.  Chances are, it grounded him and this single in particular helped get him through all his own personal relationship turmoil & the devastation of heartbreak…but now that healing process is in full-swing.  Songs like “Never Like That” go on to find an audience of hearts & minds that need to hear words like this in their own troubled times, if only to understand that we’re not ever as alone as we might think or it might seem, and that someone out there like Taylor, can relate to exactly how you’re feeling.  So kudos to the man…it’s like the whole oxygen mask on a plane thing…he’s put his on; now he’s ready & able to help assist others – and that’s completely what a song like “Never Like That” will go on to do over the course of its lifetime out there.

Personally, I connect to music that’s real, in any genre.  Taylor’s successfully battled the task of creating sincerity inside of a BIG Pop sound…and anyone that’s a fan of that style of music knows just how tough that can truly be to communicate inside of such a flashy sound.  In my opinion, which I’m gonna assume you’ll all be sharing out there – what makes Taylor the star that he is, is the fact that he breaks right through that wall of creating a commercial-style sound with such humble sweetness that gives us all that glimpse of the man behind the music.  He’s not just creating a catchy tune for you to sing along with (though feel free to do that, I sure as hell have been) – he’s created a song that means something to him – and as a result of the deep roots that flow between the situation he’ll describe to you in the breakdown of his relationship and how close he is to the material, you genuinely feel the words he’s singin.’  I think he’s done a great job on the details throughout this entire song – I didn’t feel like I heard him break that suspension of disbelief even one iota, and I stuck right there with Roche as he relayed the heartbreak & surprise he felt as a result of the actions someone took with the love he once held dear.  To think we know people…anyone really…is one of the biggest illusions we tend to play on ourselves, especially when we’re in love; and right when you think you really have it all figured out, everything can still change in a heartbeat and send you back to the start.  People who you come to know you can rely on one day, end up in a whole different mindset the next, where they were “Never Like That” before, but maybe they are now – and what else can we do but play a reactionary role that responds to the situations unfolding right in front of us.  I’ve been there too Taylor…many of us have.  In terms of creating a song that listeners can relate to – he’s nailed this tighter than tight, writing from a personal point of view that of course specific to what he’s been feeling, but if you’ve ever been in love before & experienced heartbreak of your own afterwards, you’ll certainly connect to what he’s singing about.

You’ll hear no complaints from me here today – I think Taylor’s got all the hallmarks of a star in the making and a great grip on how to make music that sincerely makes an impact.  The writing is spectacular, the execution is equally awesome, and the hooks are as memorable as you could hope to hear on what is inarguably an absolutely single-worthy tune.  The melody is outstanding, the music, pace, and use of space is all completely effective and he uses the structure of this song brilliantly to punch emphasis & emotion into his lyrics – and let’s not mince words here, the man can SING.  Roche has an excellent tone to his vocals…endearing, real, and also clearly capable of style & sound that’s going to authentically get people doing a double-take…because there’s no doubt he’s ready for that next level.  “Never Like That” proves this all to be true without question…Taylor’s remarkably talented and insightful as an artist all-around…and considering how down he’d likely have been in writing this single, to hear such an inspired performance come out shining so perfectly in the results…I mean you gotta give it up for such an accomplishment.  Every bit as entertaining & addictive to listen to as it is heartbreaking, Taylor Roche scores a big-time win by pushing past the pain & putting it out there unfiltered for us all to experience from his side of the story – I think he’s got an absolutely stunning single with “Never Like That,” and I have every reason to believe that a great many of you out there will feel the same as I do.

Find out more about Taylor Roche at his official page at Facebook here:  https://www.facebook.com/taylorrochemusic