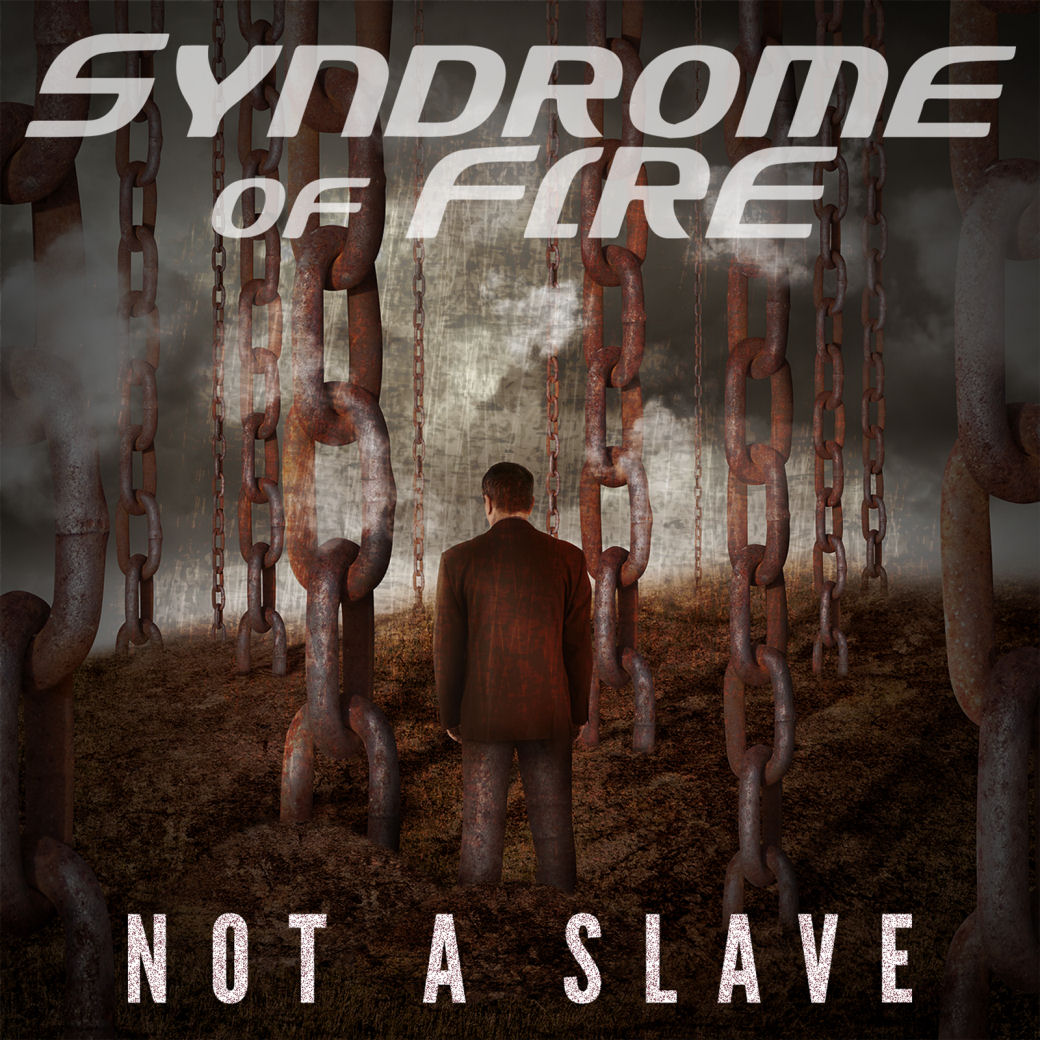 Syndrome Of Fire – “Not A Slave” – Single Review

Two years ago we got our first dose of the electro-mechanical rock-grind of Syndrome Of Fire – and since that time we’ve kept a close enough eye on this band to say definitively that the train of success has kept on a-rollin for this talented crew as they continue to gain attention from around the globe. Exciting times have been had most assuredly over these past years post-release of their EP Save Me From Myself…and it would appear that we’re in for more! Syndrome Of Fire is officially back this coming Monday – that’s September 7th – with their brand-new, rabidly-dynamic single “Not A Slave.”

Last time we reviewed them, I mentioned similarities to Garbage…a harder version, but the comparison was one that I felt was valid enough to mention. I don’t know if I necessarily feel that comparison would still be apt now with the added edge to their melodic-rock style…”Not A Slave” reminds me more of something closer to I See Stars, or perhaps the sound I envision our own This Day Burns heading towards one day. These are all bands with examples of incredibly powerful female leads that crush microphones with confidence and give it everything they’ve got each & every time – and Syndrome Of Fire’s Cassie Goetzke certainly deserves a mountain of credit for the way she can belt-out powerful and captivating melody in this performance. The band is as consistently tight as they’ve ever been…perhaps a little more hungry & determined than they were before when last we met; I wouldn’t blame them whatsoever…the support really started to pour in for Syndrome Of Fire and I could only hope they’d become addicted enough to the feeling to want that to continue on for years to come.

And of course…we all know the best way to keep that support, attention, love and opportunities coming – the best way to our hearts is certainly through NEW music. And if you’re going to give us a NUGGET in lieu of a full album…it’s gotta be a GOLD one then right?

Syndrome Of Fire have impressed me once again with this brand-new, single-worthy & sonically-powerful track and I think “Not A Slave” certainly has all the aggression & edge balanced perfectly with the energy & mood of the music. Amped-up when they need to be, like how the new song starts out completely exploding before backing off to let the melody carry the song in the verse before blasting off into a chorus that’s entirely memorable for its hook. The backing vocals are a perfect-compliment to where Cassie takes her vocals and give this song the added push of intensity.

What can I say – those that already know and are familiar with the music of Syndrome Of Fire are going to rampantly snap up this fiery new, furiously-paced single; to those of you that aren’t familiar yet – this is a perfect way to get into what they’re doing. Entirely relevant for today’s sound and what’s happening just under the crust of the mainstream – Syndrome Of Fire remain a constant beacon of hope in independent rock-music.

And if they’re not too careful one of these days a single just like “Not A Slave” could send them right over the edge for a full-swim in said mainstream…they have enough power in their music to convince a stadium’s worth of people.

Make sure to keep an eye/ear (or two!) open on September 7th, 2015 for the official release of Syndrome Of Fire’s “Not A Slave” and check out their official homepage right here: http://www.syndromeoffire.com/

Tags: Not A Slave Singles sleepingbagstudios Syndrome Of Fire This Day Burns