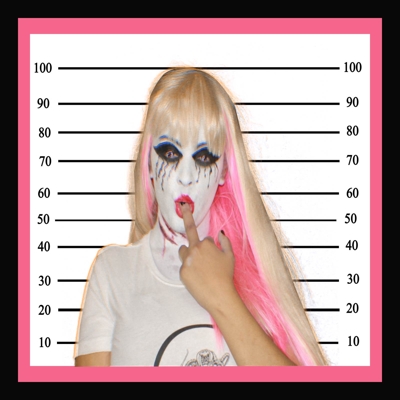 I wasn’t really sure what I was going to think about this one!

Not only did I read somewhere along the way that Suzi~Q belongs somewhere around the realm of the rap/rock genre (which I look forward to about as much as Country music) but when the hook played at the outset of her new single “Hell Is Coming To Breakfast” – I wasn’t sure if I did/didn’t like the lyrics.  The attitude & style of Suzi~Q quickly got me on her side…even as unsure as I was about whether or not the main-hook worked…she chipped away at my resolve through the incredibly inspired performance she puts into “Hell Is Coming To Breakfast.”  By the middle of the track I was already massively responding to the stylistic and slick approach that Suzi~Q takes to the microphone…this woman oozes confidence and she’s working with a killer sound that brings the best out of her on “Hell Is Coming To Breakfast” from the 3 Headed Beast Cypher EP.

She might be deadly…but she moves through this track with a bizarre grace that really highlights just how professional this incredible talent really is.  Suzi~Q puts in an inspired turn on every verse throughout “Hell Is Coming To Breakfast” and the attitude is as constant as it is addictive to listen to.  Suzi~Q brings drama and serious entertainment to each bar throughout the verse as the music rips & roars around her with their chopping metal-riffs.

For me personally, that’s where the magic was…in the verse.  I’m not saying that the chorus doesn’t work – but it had more of a lethargic energy to it than the incredible way that Suzi~Q handled the verse.  Love the mysteriously creepy intro before pounding into that first hook and the serious crunch to the guitars…but MAN…it is ALL ABOUT the way that Suzi~Q nails that first verse.  It’s not just flawless – that’s a seriously fresh sound with all the energy and personality the enormity of this beat deserved – she’s a complete force on the microphone in the verse.  The music and pacing of the chorus make it interesting and dynamic enough to warrant their existence in the song…but I’d be completely lying to you if I didn’t say that “Hell Is Coming To Breakfast” is at its most charismatic & compelling through the verses she’s written.

Overall however, I think what Suzi~Q has written to this music responds really well to the beat.  The music itself isn’t overcomplicated – it’s a fairly simplified idea, but pulled-off with real strength and commitment.  What I really like is that this kind of riff & beat combination could have led Suzi~Q down an infinite amount of paths towards something that could have potentially sounded like many things we’ve already heard…but that with clever writing and a serious dose of attitude & character to her vocals, the trail she’s blazing is all her own.  Essentially what I’m saying is that Suzi~Q could have chosen to walk a much straighter line throughout the entire composition of “Hell Is Coming To Breakfast” – but she chose to really mix it up here and give her all to her performance.

Mad respect Suzi~Q – I found this entire track to be massively entertaining and you’re entirely responsible.  You’re a seriously dynamic and powerful woman and your performance on “Hell Is Coming To Breakfast” is easily one of the most confident, commanding and gripping set of ideas I’ve heard on the mic this year.  Definitely inspiring to my ears hearing an artist that is right in the moment, determined and focused-as-fuck like Suzi~Q is – this is one wickedly talented lady with a solid future.

Find out more about Suzi~Q at her Facebook page:  https://www.facebook.com/DaKidzMusic.SuZiQ