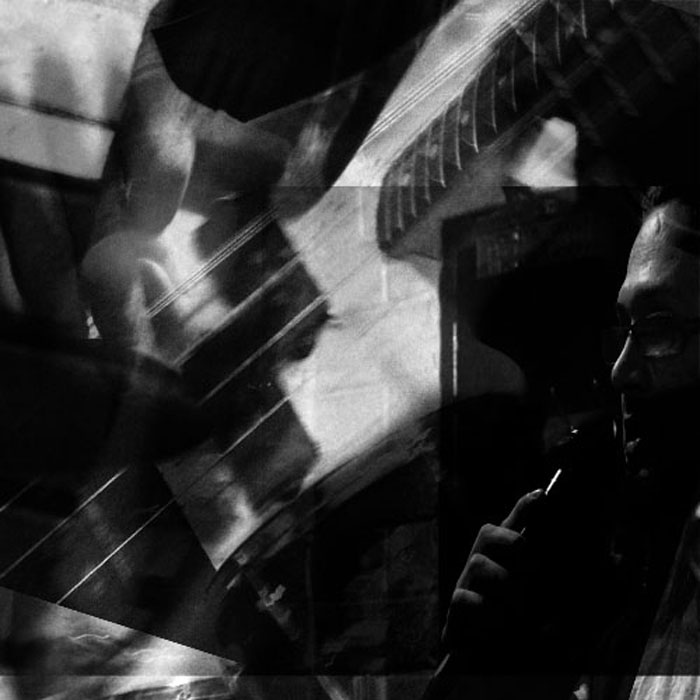 UK-based alternative-rock band Stir Of Echoes have made some interesting choices in the direction of sound on their new EP, Echoes. Like one part Lou Reed…another Tragically Hip…maybe a dash of Cold War Kids…all artists & bands with a largely unrefined feel to their catalogues; and all in the pursuit of breaking new ground with new ideas to reinvigorate the fringe of the rock genre.

For a DIY project…there’s always room to grow – and Stir Of Echoes are still at the beginning stages of their career with a solid line-up on the Echoes EP featuring the alternative ideas and talents of Steve Simmons (Guitar), Rich Howes (Vocals), Ben Chapman (Bass) and Chris Clarke (Drums). The Echoes EP is lo-fi…and somewhat experimental in their sound which is driven at times by each member of this band from Bristol. Through the mix the EP will drift away a little as it plays…there’s lots of room to grow still, yes – but there are ideas here.

And something about “Dreamscape” the opening track takes me right back to the days where I was finally…at long last…able to push record on my own. I’m not mocking Stir Of Echoes in the slightest…I’m appreciating very much how this takes me back to the magic of finally being free to record as much as I could possibly want to…and I think there’s something about this opening song that really represents that freedom in music. I dig the guitars…I think Simmons has put forth some great ideas right off the drop on “Dreamscape” and the bass from Chapman has been solid throughout. The drums…they’re keeping a solid beat without issue, but they do sound a little thin in the overall mix…it makes the guitars stand out more, which isn’t necessarily a bad thing, but I think a little more evening-out of the overall sound might still be needed to make it as big as it should be…drums in particular is all I’m saying.

As far as Rich Howes is concerned it is going to get a lot trickier. Like Reed, Downie from The Hip and whoever sings for Cold War Kids…it’s a polarizing, rambling style that is almost anti-hook in its ability to wander and wax poetically off into the beyond. I’ve grown up with every singer and band out of this list of comparisons…and I think a lot of them would admit to hits and misses along the way…but I doubt they’d ever wish they hadn’t taken their chances. There’s a courage to what Howes does…even if he doesn’t get the tone 100% all the time, he’s innovating, not-standard and unique…despite all my comparisons. With time…it’s people like him that are doubted time and time again that eventually bust through that final wall to endless inspiration and the confidence to just say ‘fuck it’ and really go for it.

Mixing issues start to hit Stir Of Echoes quickly into the EP on the following cut, “Infinity.” What I love once again are the guitars…even though on this one, I feel like they need to come down in the mix quite a bit. “Infinity” is like a true blend of old Smashing Pumpkins…but more importantly (to me!) is the resemblance to Dinosaur Jr. Simmons is literally borrowing the very soul of J Mascis on this second-cut and really making the most of it up front in the mix…great ideas but with a sound that big it can come down a lot to help the rest stand out.

The Echoes EP continues with their hardest song on the EP up to this point “Burning Up.” Again, good ideas at the root here…slight timing issues towards the end as the band tries to keep it all together in the midst of rocking harder than they will anywhere else on the EP. Excellent bass rhythms from Chapman and the innovation in their combination is certainly prevalent; but with one of the lowest mix-volumes on the EP, it’s a tougher one to appreciate as much as it should be…”Burning Up” needs to be loud…but it’s a tougher thing to achieve on this song than on any other. Overall it makes for a tough listening experience just due to that…but again…I’m not hearing anything that suggests they should stop; I’m hearing great pieces & players that are finding their way and making it all happen on their own. That’s commendable, completely.

AND! If they want to keep writing Dinosaur Jr.-influenced tunes like the final song “It’s About Time” sign me UP. Simmons is killing it on guitar here with an entire riff of distorted audio-sunshine that can’t keep the smile off my face once it starts up. The main riff has so much energy and flavour…great mix like you’d find on the Corgan and Iha guitars from Smashing Pumpkins on Gish or Siamese Dream. Hell – when you listen to those albums now, they’re both lo-fi as fuck and even the B-sides album to follow had more clarity, but it still packed the signs of a band that had promise…even in the early stages.

Besides…musicians aren’t normally mixers anyhow… They adapt to an instrument easily through their creative-side, but the rest of it all through the soundboards and computer screens can be a painstaking process and learned slowly over time in comparison. Howes is always going to be Howes…some people are going to love him, others not so much – but the bottom line is they’ve also found a singer polarizing enough for people to never be indifferent about. I’d be interested to see how Stir Of Echoes develops over time – they’ve got some rad ideas.